Seeking an excuse to spend Defence $$ on a Bombardier plane

Spencer100 said:
CS Series to Airbus
Dash 8 to Viking
CRJ to Mitsubishi
Shorts and Structures to Spirit aerosytems
And it looks like the Global and lear lines to Textron according to WSJ this week.

This is the end of a true Canadian Aerospace Champion and the slow death of aerospace industry in this county.  Sure there will be some plants and other engineering work but for all intents the home grown industry is over.
Viking is still Canadian.  So at least we still have the twin Otter and the CL415

MilEME09 said:
Well time to go give money to Viking then to build some government aircraft
Click to expand...

We could easily trade in our current twin Otter Fleet for new ones, but that won't happen till they open a plant back East.
S

Colin P said:
We could easily trade in our current twin Otter Fleet for new ones, but that won't happen till they open a plant back East.
Click to expand...

I'm guessing the life extension on the CC-138's has gone ahead.

The government prefers to give money away to Canadian business instead of supporting them via product purchases. I think the 7500 is larger than the 6000 as well as being longer ranged, either way the order book is full and would necessitate the government doing some creative thinking acquisition wise. Would the larger 7500 be of benefit over the 6000 as a VIP transport or mission support? Dash-8's, Twin Otters and Global Express/Challenger all produced in Canada but Defence Procurement system to broken to act. Likely two used Challenger 604's will be procured as suggested years ago as a stop gap.

I can't feel too sorry for Bombardier as they have had years to fix their issues especially in their train department. They reached too high with their aircraft plans but it's harder to fault them for that. I think they would be better at dumping the trains as it seems the division they have the worst handle on.

The administration released a new budget. It will be interesting to see if there is funding for a Bombbardier jet to replace the one that crashed in Afghanistan

tomahawk6 said:
The administration released a new budget. It will be interesting to see if there is funding for a Bombbardier jet to replace the one that crashed in Afghanistan

Spencer100 said:
The US has developed a BACN pod that can be put on different aircraft and I bet they will replace the Global jet with a EQ-4

The last couple posts are just making me hungry.
D 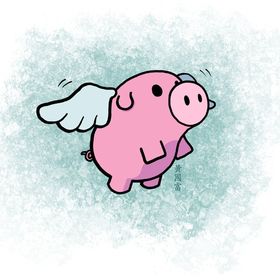 Bombardier Bombing Out of Airliners–Rail too?
https://mark3ds.wordpress.com/2020/02/13/bombardier-bombing-out-of-airliners-rail-too/
Click to expand...

It is sounding more like an asset sale then a restructuring.

Best news is that we will no longer have to hear about Bombardier get government handouts!

Spener100: No, but Airbus, Textron, Alstom might be putting the screws on--Textron-owned Bell Helicopters gets lots of gov't money as does PWC.

I know this may sound groundless, and this truly is my own personal opinion.

The CEO & senior management of Bombardier, in my opinion, should be metaphorically burned at the stake.  Screw them for taking what was once a Canadian icon, and driving it into the ground.


There's a ton of examples, too many to list here.  But how can you manage to drive a company to near bankruptcy, multiple times - only to be bailed out by massive government bailouts - and still drive it into the ground??


I realize the Canadian government isn't a huge buyer of aircraft.  16 SAR planes here, 4 Twin Otters there, etc etc.  Occassionally, a decently big guy of F-18's or C-130's - but overall, the CAF isn't a huge or consistent customer of aircraft.

That being said...one of the nice things about our complete inability to purchase anything quickly outside of a UOR is that industry has LOTS OF LEAD TIME, and know exactly what we are looking for when we do decide to purchase.  (Relatively speaking.)

Again...how hard is it to take an aircraft that meets the performance specs, and modify it with a rear ramp & SAR features?  Since Brazil, Spain, Ireland, and a few other countries are purchasing the C-295 -- that's an aircraft Bombardier could have had a competitor for, but couldn't be bothered.


Just frustrates me as a Canadian to see a Canadian icon managed so poorly that it's dying an unnecessary death...and the management of the company don't seem to be held accountable, despite our tax dollars bailing them out repeatedly.  (Tax dollars they also used to give themselves bonuses...  ullhair: )
Y

They did have a competitive aircraft: the buffalo but they left it in the 60's and then sold the whole thing to what was basically an airframe restoration company.

“Success isn’t guaranteed, but failure is certain if you aren’t truly emotionally invested in your work.”

Demise of Bombardier nicely summed up:

Bombardier drama may be coming to a close
...
The problem with Bombardier is that it was always more of a wannabe success than a real success. Canadians loved the story of the scrappy inventor from rural Quebec starting off making snowmobiles and his heirs turning the firm into a multinational making jet aircraft, water-bombers, subway trains etc.

Much of that growth came through opportunistic buying of companies nobody else wanted — Canadair in Montreal, de Havilland in Toronto, Short Brothers in Belfast, Adtranz in Germany — usually combined with Bombardier management’s unparalleled ability to extract money from governments desperate to maintain jobs and get under-performing assets off their books.

Yet seldom during its history, did Bombardier really manage to turn these disparate,  individual assets into a cohesive, consistently profitable company. Maybe it’s the problem of always looking for a bargain. The whole never ended up being greater than the sum of its parts.

Bombardier did manage to stretch the Canadair Challenger business jet into a passenger aircraft and create a whole class of regional aircraft. But like RIM’s invention of the Blackberry, one product was not enough to build a company with long-term success.

Bombardier always managed to promise more than it could actually deliver. It wasn’t enough to bet the future of its commercial aviation business on the brand-new C Series, it did so at the same time that it was developing a new Global 7500 business jet and the smaller Learjet 85. The C Series was 2 ½ years late and way over budget. The Global Express was also late. And the Learjet 85 had to be dropped entirely.

Back on earth, the company has been no better in its transportation unit, consistently angering clients at Toronto Transit Commission, Swiss Railways, Deutsche Bahn and New York’s Metropolitan Transportation Authority for delivering rolling stock that was late and full of bugs. Great to land the contracts and have an impressive order backlog but if you can’t deliver the merchandise, maybe you’re in the wrong business...
https://ipolitics.ca/2020/02/14/bombardier-drama-may-be-coming-to-a-close/
Click to expand...

"Maybe it’s the problem of always looking for a bargain."

But isn't this the typical Canadian modis operandi?

Constantly nickel and dime someone to buy/deliver the bare bones product and then run that product into the ground over 35-50+yrs, constantly bringing it back from the dead with numerous 'enhancements' and 'extended refits'.

As I've said previously on here, Canadians are by far the cheapest SOB's in the world.  Why would our companies be any different?

I don’t think we are cheap.  We continually over spend on projects for the sake of “jobs”.

If we were cheap we’d be buying ships made in Korea.

https://www.thebeaverton.com/2020/02/bombardier-ask-for-another-3-7-billion-to-study-the-effects-of-government-money-going-through-a-jet-engine/
You must log in or register to reply here.