While Russia is well known for making outlandish claims about its military hardware, the new 2S35 Koalitsiya-SV, by all accounts, may live up to the hype.

First unveiled in 2015, the Koalitsiya-SV, also known as “Coalition-SV,” is a 152mm self-propelled gun that can reportedly fire up to 15-20 rounds a minute, according to The National Interest.

This range of automation is far superior to western guns, like the US M109 Paladin, which fires 6 rounds a minute.

The Coalition-SVs high level of automation also allows it to be operated by a two or three-man crew, while the Paladin requires six.

The Koalitsiya-SV can reportedly fire rounds up to 43 miles, much farther than the Paladin at 18 miles and Great Britain’s AS90 Braveheart at 24 miles.

It’s also capable of firing a variety of rounds, like standard and rocket-assisted high-explosive fragmentation projectiles, cluster projectiles and jammer projectiles, according to military-today.com. These projectiles, however, unlike Russia’s new long-range precision-guided shell, have firing ranges of less than 43 miles.

Given Moscow’s budgetary problems, we’ll have to wait and see if the Coalition-SV is mass produced.

In any event, the “introduction of … the Koalitsiya-SV [is] a significant boost to the Russian Ground Forces’ artillery forces,” Dave Majumdar wrote in The National Interest in June.
Click to expand...

Guess they thought it was a Syrian hospital or something ...  >
J

A young troop burns out his ACP after trying to heat his rations.  Not surprised his first name is Semen as he's screwed.  Video of him getting chewed out at link.

John Schindler on US Army vs Russian army (King of the Battlefield)--excerpts:

Outgunned US Army Isn’t Prepared For War With Russia

Ever since our lopsided victory in the Gulf War in early 1991, the U.S. military has been venerated by many Americans as an unbeatable force. How rapidly our combined air-ground offensive crushed Saddam’s large yet ponderous army gave the Pentagon an aura of invincibility. Military leaders and defense thinkers proclaimed the dawn of new era in warfare. With our advanced technology and precision strikes, everything was different.

But was it? In hindsight, the Gulf War merely confirmed what military historians always knew, namely that better weaponry and command-and-control habitually crush large numbers of less well-equipped enemies. A generation on, the “lessons” of 1991 appear no more noteworthy than the “lessons” of Omdurman in Sudan in 1898, when two brigades of British regulars easily crushed a force of 50,000 jihad-fueled natives because, as the wags of the day put it, “We have got the Maxim Gun, and they have not.”

Yet since the Gulf War, the U.S. Army’s technological edge over its potential foes— what defense doyens term overmatch—has dwindled, slowly but irrevocably. Through the decade after 1991, the army was busy managing post-Cold War cutbacks and peacekeeping in the Balkans and saw no peer-competitors anywhere. Since 9/11, as plausible rivals like Russia and China have slowly come into focus, our army has been busy managing costly and ultimately futile campaigns in the Greater Middle East. Our diffident war in Afghanistan, America’s longest by a good margin, is in its 17th year, and strategic victory is now as far off as it has ever been there...

Genuinely shocking, though, is how far ahead the Russians have gotten in artillery. That arm is the great killer on the modern battlefield, for over a century now, and Russian gunnery has always been impressive. Their artillery was fearsome in the time of the tsars (“The Irish fight well, but the Russian artillery’s hotter than Hell,” as a popular ditty had it during the Crimean War), and so it has remained. Stalin referred to his guns as “the God of War” and it’s no exaggeration to state that the Red Army in 1944-45 blasted its way clear to Berlin with its massive artillery corps.

But the U.S. Army’s gunnery was no less impressive [Canadians and Brits very good too]. Our artillery was the guarantor of victory in the Second World War on all battlefronts. Contrary to Hollywood myth making, the U.S. Army had serious defects in the fight against the Wehrmacht. Outside a few elite units, our infantry was subpar, while our tanks were death traps compared to German models. Our gunnery, however, was world class, and the U.S. Army’s field artillery outpaced Hitler’s gunners in precision and weight of shell. For all his bluster about tanks, General George S. Patton spoke the truth when he stated, “I do not have to tell you who won the war. You know our artillery did.”..

In the generation since the Cold War ended, the Russian military has maintained its traditional competence in gunnery, fielding new classes of field artillery, both guns and missiles, while the U.S. Army has stagnated. A brief look at the current situation reveals the extent of the problem. Russian maneuver brigades possess a regiment’s worth of artillery, two battalions of self-propelled 152 mm howitzers plus a battalion of rocket-launchers, 54 artillery pieces in all. In contrast, our heavy brigades possess just a single battalion of no more than 24 155 mm self-propelled howitzers (and in Stryker brigades the howitzers are towed, not self-propelled).

The situation repeats above the brigade level...

Underestimating the Russians, particularly in gunnery, has a long and undistinguished history. In the summer of 1914, the Austro-Hungarian Army went to war against the tsar’s forces with unwarranted confidence. Vienna’s artillery situation resembled ours today, with their units facing Russians armed with more, better, and longer-ranged guns. Disaster followed, as recounted in my recent book Fall of the Double Eagle [ https://www.amazon.ca/Fall-Double-Eagle-Galicia-Austria-Hungary/dp/1612347657?tag=ca-skim1x163875-20 ], with Habsburg forces being literally blasted off the battlefields of Galicia by superior enemy artillery. Austria-Hungary lost 420,000 men in just three weeks, the entire strength of the prewar army, and never recovered. This is the fate the U.S. Army must avoid.
http://observer.com/2018/08/post-gulf-war-us-army-unprepared-for-war-with-russian-military/
Click to expand...

The S400 is popular in the export market.

When we studied the old Soviet formations the ratio of guns to a kilometre frontage on the main effort was 1000 tubes to 1000 metres frontage.

Link to photos from 09 May 2019 Moscow parade. All photos courtesy of Vitaly Kuzmin.
O

Hamish Seggie said:
When we studied the old Soviet formations the ratio of guns to a kilometre frontage on the main effort was 1000 tubes to 1000 metres frontage.
Click to expand...

Soviet artillery command and control bore a remarkable resemblance to that of the BEF at the end of the Great War. Effective, but slow and difficult to adapt to changes in the situation. Modern technology has introduced some flexibility, but I get they impression it is still a bit cumbersome.

The Russians are dusting off old artillery pieces like the 2S7 Pion with a range of 37.5 km and 2S4 240mm heavy mortar. In effect their investment in artillery has given them an edge over the US Army.

Syria has seen Russia field resting new weapons such as the Uran 9 robot tank but its had issues. 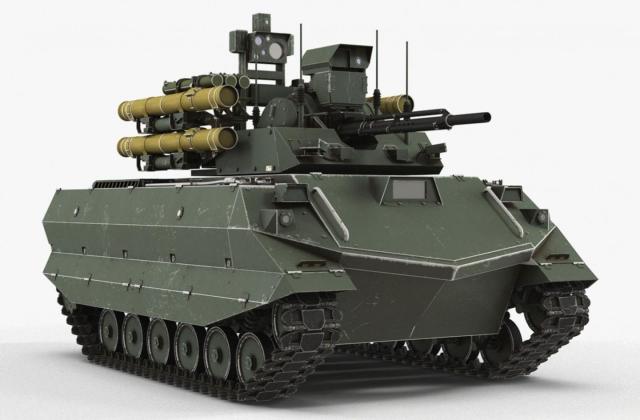 The father of a Russian conscript who allegedly shot and killed eight fellow soldiers on an army base last month has blamed a culture of brutal bullying for driving his son to carry out the attack, raising fresh concerns over a poisonous culture of hazing that Russia claimed to have eliminated from its army.

Ramil Shamsutdinov opened fire from his service weapon last week on a military base in Russia’s Transbaikal region, killing two officers and six soldiers. Some media reports said he targeted the heads of his victims during the rampage.

Defence officials have looked for factors besides hazing that may have caused the incident, saying that Shamsutdinov may have suffered a nervous breakdown unrelated to his service. But his father told Russian journalists on Wednesday that he believed his son had been bullied mercilessly by his fellow soldiers.

“What could have driven him to this?” Shamsutdinov’s father told the Russian outlet RBC. “It’s immediately clear: hazing. Persistent bullying over a long period of time. That drove him to this state.”

The brutal killings last month raised new concerns about the hazing of army conscripts, called “dedovshchina” in Russian, which the Kremlin has sought to root out during its decade-long reform of the army.

The ritualised bullying of new recruits, which can include beatings and psychological torture by officers and older soldiers, has been a suspected cause for hundreds of suicides and thousands of desertions in the Russian army.

Several cases have caused major scandals. One soldier had to have his genitalia amputated in 2006 after being beaten and forced to squat for several hours on New Year’s Day by a likely intoxicated sergeant. Despite a decade-long reform of the army and shortening of the conscription period to one year, reports of brutal hazing and suspicious suicides have continued to plague army units.
Russia’s defence minister, Sergei Shoigu, earlier this year claimed in an interview that hazing was no longer a systemic problem in the Russian army. He said: “There is simply no place for hazing in the army now”.

In Shamsutdinov’s case, defence officials have claimed there was no animosity among soldiers on the base in south-eastern Siberia. The head of the Union of Russian Officers, an NGO that regularly takes a pro-Kremlin stance, said the rampage may have been inspired by violent video games.

But regional reports suggest otherwise. The news outlet 72.ru from Shamsutdinov’s native region of Tyumen said that a lieutenant on the base was known to demand money from conscripts, force them to stay awake for days on end, and bullied young soldiers in other ways.

“Clearly he ended up in this type of group,” Shamsutdinov’s brother told RBC. “Maybe over several months he was bullied, persecuted, things were said to him. I myself served, I know how it can happen.”

daftandbarmy said:
... The head of the Union of Russian Officers, an NGO that regularly takes a pro-Kremlin stance, said the rampage may have been inspired by violent video games ...
Click to expand...

This is the best "couldn't possibly be bad officers" narrative they could come up with?

tomahawk6 said:
Recent Armata MBT going through its paces.It has a 125mm gun but the Russians say they could upgrade that to a 152mm gun.Its a nice looking tank and looks capable enough in open country.How would it fair in an IED environment ?

A reminder about the development of the T-14 Armata

"In June 2015, the Russian government unveiled the Armata, which was designed to replace older T-72B3 and T-80 tanks in the arsenals of the Russian Ground Forces. Moscow promised to build 2,300 Armata tanks by 2020, enough for about eight tank and motor rifle (mechanized) divisions. Equipped with a new engine, dual-reactive armor, lower radar cross section, and the Afghanit active defense system, NATO tank forces viewed the Armata as a formidable new threat.

But despite the lofty promises, the Armata project was mired in financial and technological difficulties that slowed development to a crawl. Today, the Russian Ground Forces have precisely zero Armata tanks, with serial deliveries now promised for later this year."

Russia May Have a Secret Main Battle Tank

The troubled T-14 Armata could give way to the mysterious Burlak, according to a leak.

The Terminator was originally unveiled on a T-72 hull. Now it is being built on the Armata hull while the Armata is still pending fielding.

"The Burlak takes a new tank turret and puts in on a modified T-80 tank chassis. The turret’s hexagonal geometry is derived from the T-90A tank that’s currently in service, but lengthened considerably in the rear to accommodate a dual-feed auto loading system for the main gun. This would allow the 125-millimeter main gun, the same caliber as the Armata’s gun, to quickly load two types of ammunition."

Vlad continues to build villages that would make Potemkin proud.
You must log in or register to reply here.