Canadian Forces have issued a warning to Pokeyman players wanting to chase figments on defence establishments.

Not in Shilo. Actually encouraged.

Sheep Dog AT said:
Not in Shilo. Actually encouraged.
Click to expand...

I am of the same opinion. As long as they're not accessing clearly unsafe or restricted areas, it should be encouraged.

It could allow the public, especially impressionable youth to actually learn about their nation and their Armed Forces.

Like Borden for instance, the huge fields of memorials (Worthington Park)  and museum pieces, the museum itself... It's a lot of really nest stuff that kids could learn a lot from.

Actually had a couple in Calgary come across a PokéStop at the Police and Peace Officers Memorial, they stopped and took time to read and learn about it. They had lived there 25 years and never knew it existed.

devil39 said:
I'd love someone to create a CF APP where we could hunt General Officer and Admiral cartoon characters and make them fight each other.... Imagine the fun.....
Click to expand...

Hey, it's getting closer to winter - maybe make an app to find virtual mukluks early?  >
B

Sheep Dog AT said:
Not in Shilo. Actually encouraged.
Click to expand...

But realistically, having Pokémon Go people come on a base, which they could anyways, is fine so long as they don't go into restricted areas. Shilo has a ton of geocaches on it that people have been using for years, same as Borden, Pet, and Edmonton.

We could get really smart and set up a recruiting booth beside a pokestop! 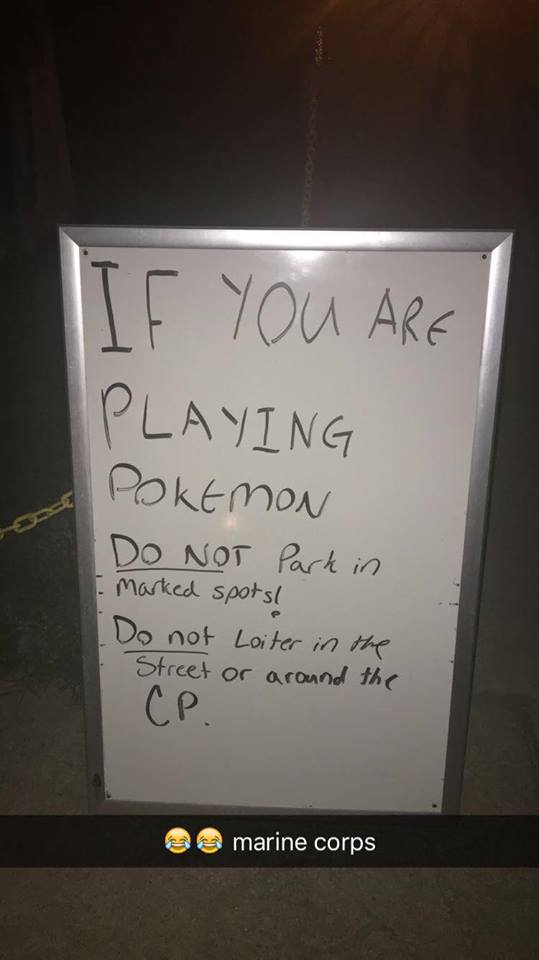 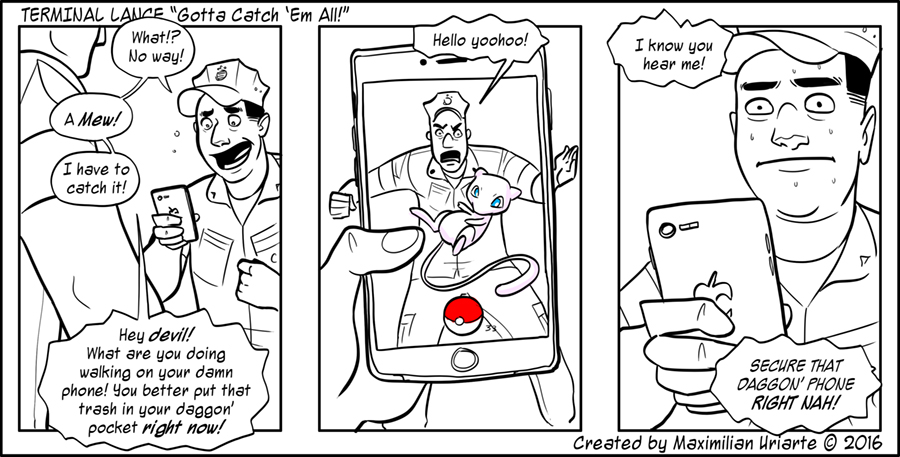 On the same note, this thread nested itself on the military gaming and modeling board as opposed to radio chatter.

Well, I'm screwed guys. My wife downloaded Pokemon Go to play with our daughter while walking to the park (park is beside our house)...

Anywho my little girl loves it and I suspect I may be getting ambushed with reasons to download pokemon go when I get home tonight....

I am thinking I may hit the gym until she is asleep and then sneak out tomorrow early for work and plan a camping or fishing trip to distract them...

I am firmly in the no pokemon camp and my wife and daughter apparently caught "4" pokemon (my daughter is 4). So apparently I need to catch up.

Or adversely could I get sent to Iraq or something for 6 months and just do basic etc when I get back? Or maybe those fatawas have a use! Ah ha! It is haram, I cant do it! Lol

(This is a humor post, so please dont take serious)

Abdullah, my friend: Aren't those the fatawas you don't have to obey anyway?  ;D

You're in the clear then - What me worry! [We need an Alfred E. Neuman emoticon!!!]
A

Oldgateboatdriver said:
Abdullah, my friend: Aren't those the fatawas you don't have to obey anyway?  ;D

You're in the clear then - What me worry! [We need an Alfred E. Neuman emoticon!!!]
Click to expand...

Darn it man, you are arguing the wrong side lol

There is a "Gym" right at the gate in Comox. I guess the old Voo-Doo is a pretty good landmark..
You must log in or register to reply here.

The U.S. Marines’ Amphibious Combat Vehicle Is a Beast

How much can a F2P Game earn?