New 120mm Bullet for the Leopards? 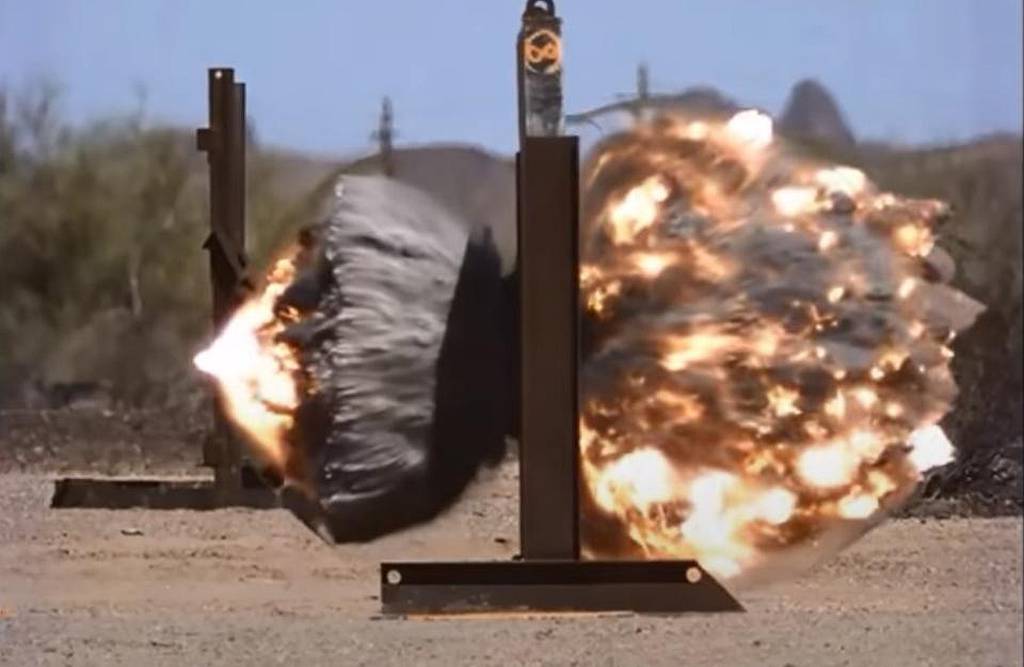 "The XM-1147 is a “line-of-sight” tank round that is intended to replace the M830 High Explosive Anti-Tank Multipurpose with Tracer, the M830A1, the M1028 Canister rounds and the M908 Obstacle Reducing with Tracer round, according to a Defense Department testing and evaluation report.


The AMP puts all four previous round capabilities into one package.

The round is intended to breach with “greater standoff and fewer rounds,” the DoD testing and evaluation report reads. The AMP round has three defeat modes — point detonate, point detonate delay and airburst.

Live fire testing against armored targets is planned for mid-2022, according to the report.

Three XM-1147 AMP rounds fired will create a breach large enough to step through, even in a reinforced concrete wall. (Army)

“Being able to see and then destroy anti-tank guided missile targets beyond 2,000 meters and then transition immediately to breaching walls or obstacles is an incredibly powerful feeling,” Vanderbilt said.

“We now know what it feels like to roll out in a fully combat loaded tank on operationally realistic combat missions and recognize how important the AMP round will be to U.S. Army ABCT fighting forces in the fights yet to be fought,” Hall said.

The XM-1147 brings a new airburst mode and the ability to breach reinforced concrete walls, according to the release.

Master Sgt. Joel Ramirez, of the Fort Hood, Texas-based Operational Test Command said the performance data and soldier feedback from these tests will inform the procurement decisions for the AMP round.

In airburst mode, the XM-1147 AMP round sprays the ground below with lethal shrapnel — note dust thrown up from impacts. (Army)

“We do this by having the tank crews employ the tactical service round in a manner and in an environment that closely mimics combat conditions,” Ramirez said.

“Despite extreme desert heat, dust storms and rain squalls, the Crazy Horse crews really impressed me with their level of motivation and drive to test the AMP round,” said Kent Evans, the Maneuver Requirements Division Soldier and Capability representative from Fort Benning, Georgia."
You must log in or register to reply here.

5
New type of immersive training to begin at Fort Irwin