Both of these guys I’m fans of.

Gotta get his book.
LeMay, the break glass in case of war guy who should have been put to pasture once WWII ended.

A post on when LeMay sent B-50s to Newfoundland and Labrador in 1950--and an accident with an atomic bomb casing:

US Air Force plans to nuke Leningrad from Goose Bay, Labrador, and Stephenville, Newfoundland, in summer 1950​ 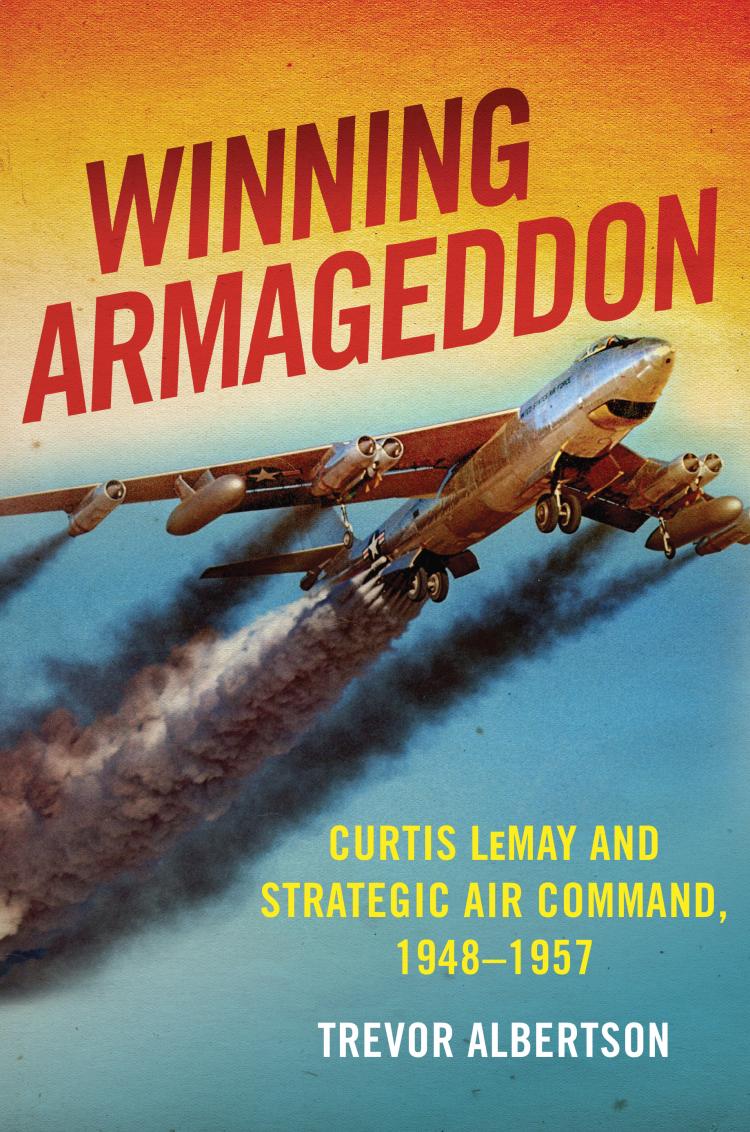 US Air Force plans to nuke Leningrad from Goose Bay, Labrador, and Stephenville, Newfoundland, in summer 1950

Shortly after the start of the Korean War in June, 1950, the USAF’s Strategic Air Command (SAC), led by then-Lt. Gen. Curtis LeMay, implemented a plan to deploy new Boeing B-50 atomic-bomb-ca…

Won't be buying his book.

That "psychopath" crack sounds like another rehash of Canada's "Death by Moonlight: Bomber Command".

The Queen Mother, honorary Colonel of Bomber Command, tried to stop the broadcast, but was unsuccessful.

For Canadians, I would instead suggest, "Battlefields in the Air: Canadians in Bomber Command".

One RCAF squadron was briefed by their Station Commander. He explained that the Nazis had convinced the German people that at the end of WW1 their armed forces had remained still on foreign soil and basically undefeated, and that they, the German forces of WW1, had been betrayed by politicians at home. "He then pointed to the cord running across the map to the city of Dresden, and said, 'There are going to be a lot of people in Dresden tonight who are going to find out that war can be a very nasty thing. Never again will any future German government be able to say that the country was fairly well intact but still defeated.' "
"Incidentally, it will show the Russians when they arrive what Bomber Command can do."
Battlefields in the Air: Canadians in Bomber Command page 152.

From what I have read the theory of precision vs area bombing was if they were lucky enough to hit the factory, it would soon be up and running again anyway. Albert Speer had a genius for that sort of thing. With area bombing, it was said, "It takes 21 years to replace a worker."

Our Canadian aircrew in Bomber Command went out to do what they were told they had to do to end the war.

OldSolduer said:
What the hell is a B-50?
Click to expand... 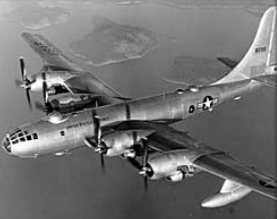 Some friends were enthusing about this podcast. I suggested that there were some real historians they could listen to instead if they wanted some better insights

It also sounded to me that Gladwell might have watched a familiar 'History Channel' type episode and was parroting it back. I wonder if there might be some copyright infringement there.

Regardless, if the reactions of my civvy friends was anything to go by, at least he got them really interested in an important subject that they had no idea about previously.

daftandbarmy said:
Some friends were enthusing about this podcast. I suggested that there were some real historians they could listen to instead if they wanted some better insights
Click to expand...

I would suggest Canadians with an interest in the subject read this,


Years ago Dad and I hired a researcher. A far sighted Air Ministry kept detailed records. Every operational flight for every aircraft was documented. The aircraft serial number, names of the crew, bomb load and take off time were recorded. If the aircraft returned, its landing time and a resume of the crew's experience were added. Squadrons made composite reports. Groups then consolidated the squadron reports. Bomber Command HQ produced a final report of each raid. It is unlikely that any wartime operations were documented as thoroughly as those of Bomber Command. Because the records were home based, none were lost to enemy action. Also, the logbook of airmen who were KIA were returned to NOK .

We also visited Ottawa to view the personnel files of the crew. Several of the 7 families are still in contact with each other, and people from the village in France. Dad also made several pilgrimages to France and was sort of "adopted" by the village where their Lancaster was shot down by a night fighter in a "Shrage Muzik" attack. They are the only Allied war graves in that cemetery.

American and British ( and Canadian, who flew under RAF command ) in Europe was influenced by the need to convince Stalin that his Western Allies were doing all they could to support Soviet troops who were suffering heavy losses as they advanced west. Only thing that seemed to satisfy him was Harris sending him updates copies of his "Blue books". Aerial photos of the wrecked cities of Germany. Stalin demanded that Berlin be hit particularly hard.


In 1964, on the 20th anniversary of D-Day, President Eisenhower wrote to "Bomber" Harris, "no historian could possibly be aware of the depth of my obligation to you."

As far as the author labelling Harris a "psychopath", he was passionately concerned to give every man in Bomber Command the best possible chance of survival. He was very highly regarded by his aircrew.

Lemay and Harris were both geniuses, when it came to bombing. Were they "psychopaths"? I suppose that would depend upon one's point of view.

Maybe a lot of Canadians will tune in to his show, but I agree with D and B.
You must log in or register to reply here.