East Germany's National People's Army was completely disbanded after German reunification, except for a small unit of experts who have survived because of their skills at camouflage and deception.


Thick black smoke belched out of the massive exhaust pipes of a Czech-built Tatra diesel engine as the low-slung, eight-wheel military truck set in motion. On top of the vehicle was an olive-green missile fixed to a launch pad, seemingly ready to launch its explosive payload any moment.

But as the truck was slowly rolling out of its hangar, its huge wheels – the size of a man – didn't turn. The vehicle's body, too, didn't quite match the undercarriage onto which it was mounted.

"The vehicle is a so-called decoy of a SCUD-B mobile missile launcher," explained Captain Harald Kaiser, the chief technician at the German Armed Forces base in Storkow near Berlin.

It is a replica of a former Soviet-built tactical ballistic missile. The weapon system was common in the armies of the former Communist military alliance, the Warsaw Pact, he said, and frequently sold to countries in the Arab world, too.

He said SCUD-B decoys “had won notoriety” during the first Gulf War in the early 1990s.

"Iraq's dictator Saddam Hussein used such decoys to mislead the aircraft of the United States-led coalition forces, which massively bombarded them. Later he would fire real Scuds, that were hidden somewhere else, at Israel and Saudi Arabia."

The Gulf War coalition's mishap, however, has given the Storkow base a new lease of life. After German reunification it was supposed to be disbanded like the rest of the former Communist East German National People's Army (NVA).

But the unit's fate changed when a group of NATO specialists turned up at the base one day, "asking if we had produced Saddam's SCUD decoys," said Kaiser.

"We really didn't have anything to do with the Iraqi decoys, but the NATO officials were truly impressed when we showed them a similar SCUD missile launcher we had produced for the NVA."

The former East German army base is now called "Bundeswehr Unit for Camouflage and Deception." Compared with Communist times, its staff, though, has been substantially reduced to just three military personnel and nine non-military technicians.

The unit's arsenals, however, boast military hardware that – if it was all real - would be the envy of generals.

Apart from the SCUD missile launcher, it holds life-sized replicas of a Russian-made surface-to-air missile battery, numerous tank turret decoys of Russian T-72 tanks and a range of armored vehicles used by the Warsaw Pact.

In terms of NATO and Bundeswehr equipment there are mock-ups of a US-built "Patriot" anti-missile system, of German-built "Marder" and "Wiesel" armored vehicles, as well as a "Roland" missile interceptor.

"The decoys are large made of glass fiber-reinforced plastic," said Lieutenant Steffen Koehler, the commander of the Storkow unit.

In addition, strains of copper are woven into some parts of the decoys like cannons and wheels, which heated with electricity "imitates the precise heat signatures of the real weapons systems," said Koehler.

For some weapon systems the technicians at Storkow even deliver the right sound signatures to make the deception of potential enemies complete.

After German reunification, the Storkow experts chose the chameleon for their military coat of arms – a decision intended to dissociate itself from the unit's past in the former communist army, and to establish a new line of military tradition.

The NVA used decoys mainly to "fool the enemy" with tactical operations that included "the clandestine replacement of existing forces with battlefield dummies," said Captain Harald Kaiser, who once served in the East German army.

"For that purpose we built about 200 tank turrets with heated cannons, corner reflectors and camouflage nets. On top of that we delivered about 150 decoys of infantry armored vehicles, as well as 12 missile batteries," he said, and added: "Of the SCUD missile launcher, two were originally planned, but we managed to build only one before the NVA was demobilized."

Commander Steffen Koehler said the decoys today were primarily used in target practice for air force pilots, and occasionally by reconnaissance units "for example, when they aim to try out new camouflage systems."

With the Cold War confrontation, involving huge standing armies, having become a thing of the past, the Storkow unit, too, has had to re-invent itself. As the German Bundeswehr has become an army in combat facing so-called asymmetric warfare in missions like ISAF in Afghanistan, new challenges have arisen.

"Now we also have the task to help our soldiers survive in their missions where they face a huge number of different ammunitions and explosives," said Koehler.

"These mock-ups are intended to raise the awareness of soldiers about the multiple types of explosives they may come across, and to improve sensing technologies aimed at finding them," he said.

Koehler recalled an incident during a Bundeswehr infantry exercise when a tank crew tried to force its way into a mock-up "Marder" tank they had mistaken for their own real one.

"If our new mock-ups of explosives are as good and so help save soldiers' lives, then we've done our job once again," he said.
Click to expand...

The mock up of the Marder threw me for a loop. Very detailed and convincing.

An excellent read.
The use of fake equipment and even fake units to make up fake armies was used by
allied forces during WWII for the deception operation codenamed: Operation Fortitude
which was used in connection with  Operation Overlord.

57Chevy said:
An excellent read.
The use of fake equipment and even fake units to make up fake armies was used by
allied forces during WWII for the deception operation codenamed: Operation Fortitude
which was used in connection with  Operation Overlord.
Click to expand...

The Russians, meanwhile, are going the inflatable route:

The Russian military has come up with an inventive way to deceive the enemy and save money at the same time: inflatable weapons.

They look just like real ones: they are easy to transport and quick to deploy.

You name it, the Russian army is blowing it up: from pretend tanks to entire radar stations.

The decoys are a hundred times cheaper than the real thing, which means Moscow will save a lot of money by blowing up its own weapons.

On the edge of Moscow, two men carry a black duffle bag into a field, then drop it on the ground.

When they open the bag, they take out a large sheet of plastic. It looks like a tent or a tarpaulin.

On goes the pump, in goes the air and the plastic sheet begins to rise and take shape.

A turret appears, then out pops a long plastic gun barrel. This is an inflatable Russian tank ....
Click to expand... 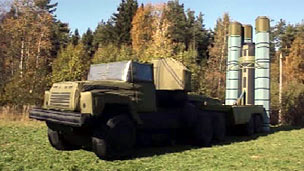 New Rand Report - Army Fires Capabilities for 2025 and Beyond