Digital government: how are we doing?


Digital government: how are we doing?​

Here’s where I’m at. Public sector tech work (in Canada, at the federal level) is not in great shape. This is a problem for a bunch of reasons, but it’s a complicated one because it tends to be too niche for political leaders to care about, and too entrenched for grassroots public servants to be able to change (given the strong hierarchy of the federal public service).

These aren’t the only factors involved, but they’re three that I’ve been thinking about a lot lately:

On average, I’d guess that it takes about 10 to 15 years between when someone joins the public service, and when they become an executive (with a lot of exceptions, for example people being recruited directly into executive roles, or joining the public service through programs like RPL that place them near the top of the non-executive classifications from the beginning). 10 to 15 years is a long time to be inadvertently insulated from how organizations work, and how technology is used, in fields outside of government.

Which is to say: of the 800 public servants that just joined the government’s executive ranks, how many would be well-equipped to lead, champion, or shepherd a technology initiative? My guess is, 20 or 30 of them, or less than 5%. How many will be expected to lead or influence technology initiatives in some way? In all likelihood: all of them.

(It’s also worth saying: those 20 or 30 tech-savvy public servants joining the executive ranks? That is absolutely worth celebrating, and they’re going to have a positive impact wherever they go in government. It’s just that there are so few of them, and that the senior executives still above them are likely to have skills and expectations that are yet more dated and insular.)

2. Agile words but not agile implementation​

The second factor (and this comes up a lot lately in conversations with tech-minded public servants) is that, over the past few years, it’s become much harder to tell “who gets it” when it comes to digital government work. Digital-focused teaching and capacity-building efforts (which, I should say, I’m a big fan of) have popularized the terms and ideals of digital government widely across the public service.

What that means, though, is: if you’re looking to work with government teams who are empowered and motivated to work in modern ways (and you should be), it’s now much more difficult to tell those teams apart from any other, more traditional, government IT team.

If someone says “we use an agile process”, what used to be a vote of confidence is now a bit of a red flag:

Essentially: government IT teams have widely adopted the words that fast-paced private sector tech teams use, without actually adopting their ways of working. You virtually can’t work in an iterative, user research-led, shipping-daily kind of way when you have to write 10 times more compliance documentation (as Paul describes) than actual content and software code.

The only solution is to do less of the performative IT paperwork long expected from established processes and gatekeepers, and that’s a change to organizational power dynamics that can’t happen from the bottom. It needs to come from the top.

3. A pervasive lack of urgency​

Given all this – and given that robust technology implementation is a requirement for any modern public service initiative – what might be the most disappointing is that these issues don’t seem to be on the radar of senior public service officials or of political leaders and parliamentarians. Promising steps to emphasize digital government work at the ministerial level have been discontinued. Public service renewal, or reform, or transformation – which is what digital government work ultimately consists of – isn’t a high-priority topic of conversation anywhere.

(Update: Mandate letters for ministers were published the day after I wrote this, including one for the President of the Treasury Board that includes a number of valuable digital government commitments. All told I’m feeling a bit more optimistic than a week ago.)

In the United States, to contrast, investing in modern public sector tech is an active, urgent effort. US departments are investing in a number of new ways to bring digital talent into the public service. The Biden administration has made reducing administrative burdens a public service-wide priority, to make it easier for people to access government programs and services. Civic tech luminaries have been hired to lead key federal departments. It’s an exciting time.

What would it take for this to happen in Canada? It’s not super clear. The US had the failure of healthcare.gov as its catalyzing moment for public sector tech, the moment that made political leaders start caring about technology as a thing that could make or break their most important priorities. In Canada we had Phoenix and …nothing substantially changed.

(Or, more specifically – the Government of Canada has invested substantially more money into IT projects over the past few years, but without making any really fundamental changes to how those IT projects are undertaken. That’s a problem.)

In Canada, we have a public service executive class that isn’t equipped to lead technology initiatives. We’ve got widespread adoption of digital government words, which has largely just made it harder to tell effective and ineffective implementation apart. And we’ve got a political class that is (understandably, these days) too busy with other things to care about the public service’s tech capacity.

Not to mention: an overdependence on contractors and consultants, a shortage of in-house digital expertise, and a lack of modern tools and equipment for public servants.

Until something substantial changes – or a Phoenix-level crisis hits a public-facing service – we’ll all keep spending our time on performative IT paperwork instead of building better services.

Paul Craig recently wrote a blog post on the massive amount of compliance documentation his team produced to launch a small public website in a Canadian government department. It’s a must-read lens into the current shape of public sector tech work in Canada. We have a public service executive...
sboots.ca

My takeaway? A big question…

My takeaway? A big question…

Correspondence to PS executive pay and benefits starts at Colonel.

Senior Officers
Colonels and all ranks of general
. . . .

Senior officer pay
For senior officers, their pay is tied directly to the pay of Executives in the core public service. Based on an assessment of appropriate benchmarks, the correspondence is set as follows: 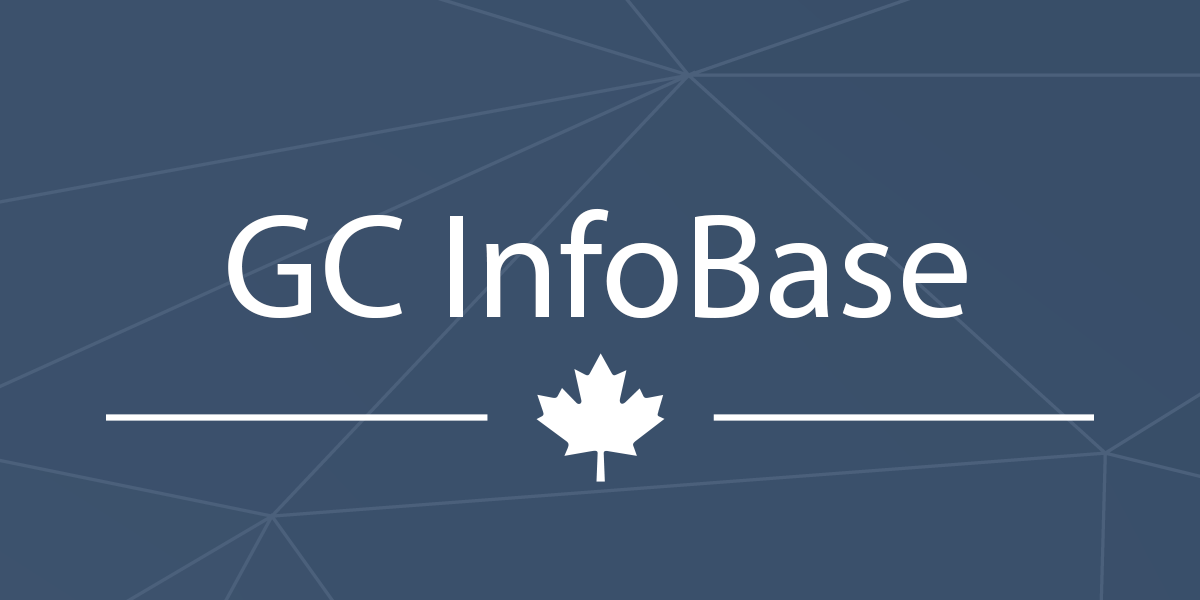 The GC InfoBase is the government’s interactive data-visualization tool, which transforms complex financial, people, and results data into simple, visual stories. Discover how much the federal government spent, how many people we employed, and what results we achieved.

And some extracts from the data;

So long as a sufficient number of the right buzzwords are thrown together in an unintelligible string, the bureaucracy feels it has done its job.

The author is bang-on with the 'public-facing Phoenix-level crisis' statement. If a similar technological meltdown had occurred with the systems for EI, CPP, etc., perhaps, just perhaps, a true government soul-searching might have taken place.

If the feds are anything like Ontario, and I expect they are, governments are horrible exploiters of technology. They either don't know what they want, do but can't articulate it, don't really care so long as 'hey, it's online now', or low-ball the platform to get approval then layer on multiple amendments so as to make the final product unusable (then blame the supplier).
D

1. Microsoft produces and sells software to end-users. Government IT projects produce and sell software to executives who may not truly understand the details of the business.

2. Most government IT projects are not IT projects. They are business transformation projects with an IT element. Because the people generally ordered to implement such projects are those running the as-is systems, they will err on the side of similarity to the old processes, to the extent of customizing software to maintain familiar workflows / familiar data outputs, even when those are no longer necessary or could be done better, more easily, with better outcomes - because they can't envision anything different.

3. There's always more money, until there isn't. The Globe and Mail today mentioned that over a half billion dollars has been paid out in damages to employees for Phoenix, with more likely to follow. If that was being paid out of say the special retirement fund for the top PS execs, with parts of their future pensions facing insolvency, they would have a clarion call to action. With no skin in the game (and no one sanctioned for the failure) there's no rush, and the public purse will continue to dole out $150M every time the PS settles collective agreements ($500 per member of the PS for agreeing to waive their statutory right to be paid their new rate of pay on time x 300K in the PS).

4. Many senior execs / senior military leaders don't know or understand their own business. The old GE management model where everyone was a generalist failed (and was mostly a tool to keep the VPs from building strength to threaten the CEO). Building expertise and competence and progressing in those lines is now the exception, rather than the rule.

(Rant mode on) It's a big Clusterf**K , failure to build the physical infrastructure to support the the centralization of data, a continued push by the executives to get their bonuses, despite knowing there were major issues, many are spineless, nutless career over everything types. Shared Service is only about generating tickets and closing them, without resolving long term issues.
There are a lot of smart, good people up to the program manager level that have great ideas, but everything gets shut down because it's not "national standard" or "bilingual". We set up a website for our program using local help desk in less than a week, it took Ottawa 3 years to do the same. I setup an application form, application guide and tested it with clients, people outside our program in 3 days. Ottawa took a year and half to do one that sucked. Any good idea sent up get pummelled and beaten to death and if something comes from it, it's often a monster that needs to be slain. Common Look, Common Feel and Common Suck. (rant mode off)
You must log in or register to reply here.

Do McKinsey and other consultants do anything useful?
2