We've been doing it for a while: 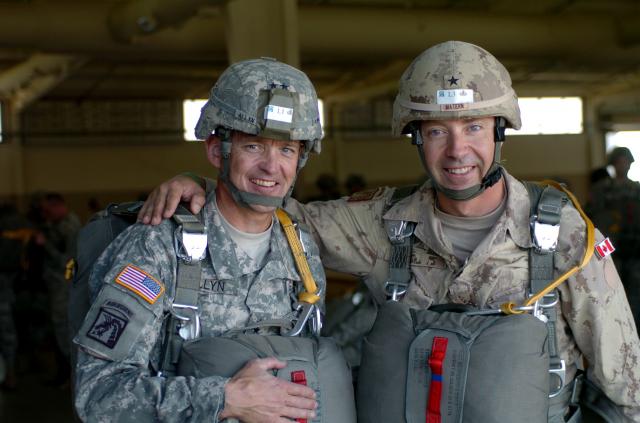 OceanBonfire said:
We've been doing it for a while:

Eye In The Sky said:
...I don't care so much about the dress instructions...I DO care greatly about  (1) standards that only apply to some, but it only being the rank and file are held accountable it when they color outside the lines.
Click to expand...

Just not enough by your own admission/explanation to speak Truth to Power to someone you believe to be complicit in perpetuating the problem?

hey, I know someone who has been smoking dope while serving for 10 years before WEEDFORGEN.  I guess, because they've been doing it for so long, that just makes it ok?  Or was there some kind of...regulation or instruction...hmmmm.
Click to expand...

I meant that it wasn't suddenly recent as of just now, but as to why then the easiest assumption would be for American troops to easily figure it out as your experience showed it.

People mocking of others not figuring out ranks should have a look at the NATO ranks equivalency and I would like to see them easily figure out a rank.

Eye In The Sky said:
Would you say that if you were, technically, out of dress for a parade or something, or one of your troops was and for that 'bro, chill' level offence, getting extra's or RMs or a UDI for doing the same sort of things and it was caught in a pic on social media?  I've said it before, I'll say it again;  I don't get to decide what things I enforce and which ones I don't.  I get to use some common sense sometimes on the application...that's it.  I advise the Officers I work with at my level; that level isn't GOFOs.  I enforce the orders on everything including dress on my subordinates because its part of my job.  It's really that black and white.

If the dress regs are 'relaxed', then it should be for everyone.  Full stop.

I was on parade for my Sqn CofC last year, and the Wing CofC the year before that.  I can imagine the conversations with my SCWO if I would have showed up on parade day in Air Force 1As with my beret on.  I don't care so much about the dress instructions...I DO care greatly about  (1) standards that only apply to some, but it only being the rank and file are held accountable it when they color outside the lines.  I've seen it too many times.  Rank has it privileges, I get that too.  It also has it's responsibilities;  one of them being 'lead by example'.
Click to expand...

I wore a "battle badge" with my name, rank, allergies etc. In English and Arabic and my rank equivalent to US and Iraqi counterparts as a lowly MCpl, does that help settle things?

I also wore Danish Army rank while on exchange with them.

Now, I can't access the actual instructions but hasn't the new Operational Dress Instruction addressed most if not all of these issues?

Now that I think about it, my CSM wore US equivalent rank on his sleeve in Kabul, and my Team Leader (WO) wore US and Norwegian rank as we worked closely with them.

Sometimes you need to check yourself before you start a series of posts that...well, they're of no benefit and you're ranting like a Week 7 recruit.  That was me in this thread earlier.  My apologies, folks.

This should have been my queue that I wasn't only off the hardstand, I was a few hundred meters into the cattails and making awfully  good time.


CanadianTire said:
Back to the issue of Div patches, I noticed that CP Gear now offers wool DEU Div patches (meaning no CADPAT, just the div colour patch) and the default is to have them Velcro back. While this makes sense to me, I wonder how long before someone gets in trouble for wearing that on combats?

I’ve created a morale patch for my unit. I was wondering if anyone knows who makes the patches?

Do I just submit a picture or a digital copy, along with a memo and send it up the chain to the CO and let the powers that be take care of the rest?

Has anyone submitted for a patch with success?

I took a look at the CANFORGEN and it doesn’t say much.

Just a quick reference or few sentences to get me on the right track and I should be able to handle the rest.

Thanks in advance, hope everyone is doing well.
S

The CANFORGEN says the Canex does it? I’m not sure if that’s morale patches or just the standard badges and slips though.

C. OPTIONAL CURRENT MORALE, DEPLOYMENT OR MISSION PATCH: MAY BE WORN
CENTERED ON THE RIGHT ARM POCKET. PATCH MUST BE APPROVED BY THE
RESPECTIVE FORMATION DRESS COMMITTEE PRIOR TO BEING WORN TO ENSURE IT
IS IN GOOD TASTE AND DOES NOT VIOLATE COPYRIGHT. ONCE FORMATION
APPROVAL IS GRANTED, A COLOUR COPY MUST BE UPLOADED TO THE NDC
SHAREPOINT. THE RCN HISTORY AND HERITAGE SECTION IS ABLE TO REVIEW
AND PROVIDE ADVICE AND GUIDANCE UPON REQUEST. DEPLOYMENT OR MISSION
PATCH IS AUTHORIZED FOR WEAR UP TO ONE (1) YEAR AFTER THE END OF THE
DEPLOYMENT OR MISSION
Click to expand...

Send your suggestion through your Formation's Dress Committee, if you are following the references.

Send your suggestion through your Formation's Dress Committee, if you are following the references.
Click to expand...

And only if you are Navy.  The other commands may have different policies, or none at all.

Haggis said:
And only if you are Navy.  The other commands may have different policies, or none at all.
Click to expand...

PuckChaser said:
I don't think its reasonable. If you're wearing CADPAT it should be with a red and white Canadian flag unless a theatre standing order indicates another specific one for operational reasons (IE the IR flags in Afghanistan). If whoever is doing this thinks CADPAT isn't "Navy" enough, they should be wearing NCDs and can throw the Ensign on there all they want in accordance with RCN dress regs.
Click to expand...

And why don't you think there was a directive to wear the patches? Considering they are issued in theatre.
M

Dude. Arent you a sailor? CTF 150 is a navy org.
Hence the e
Ensign patch. 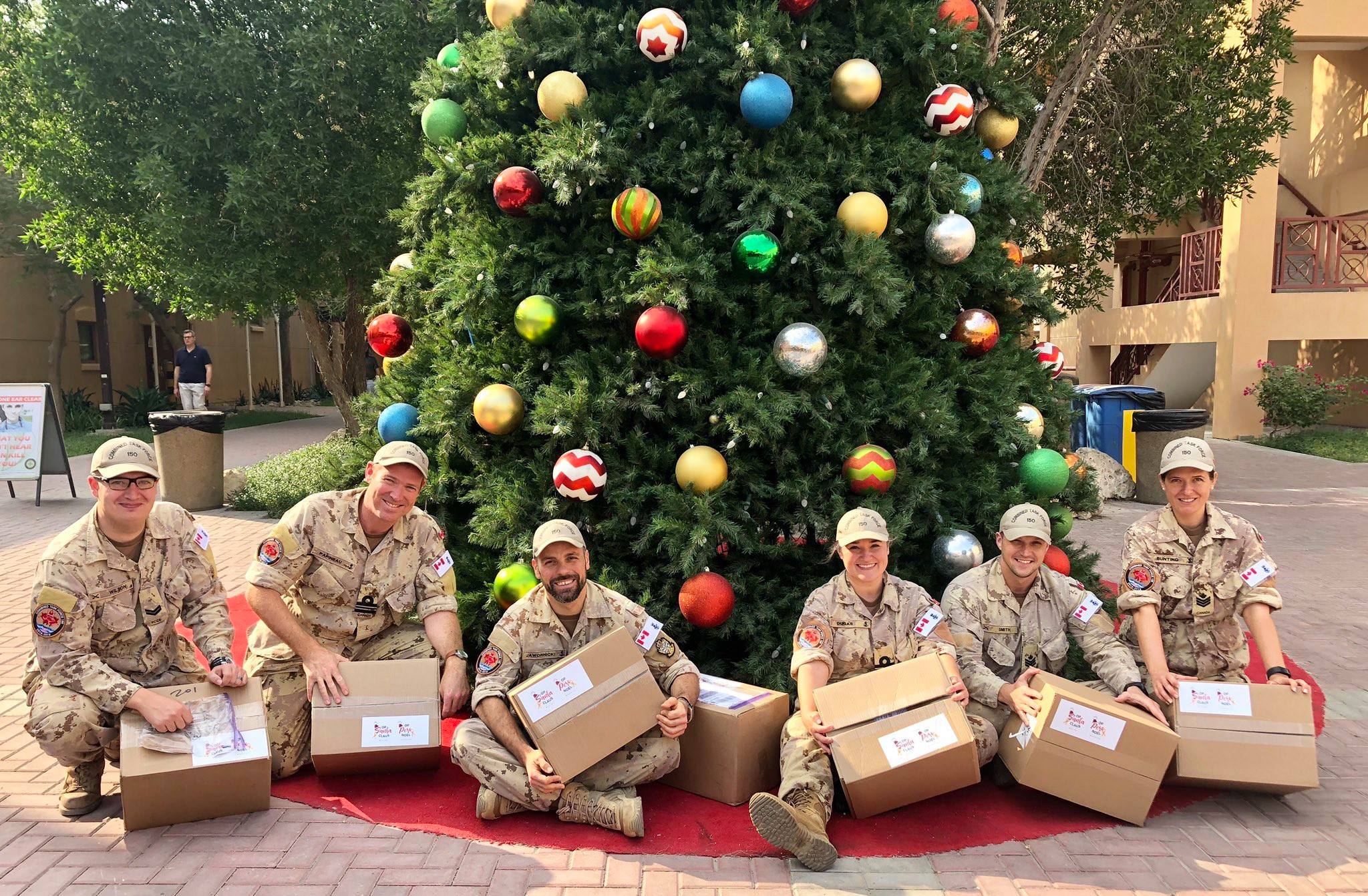 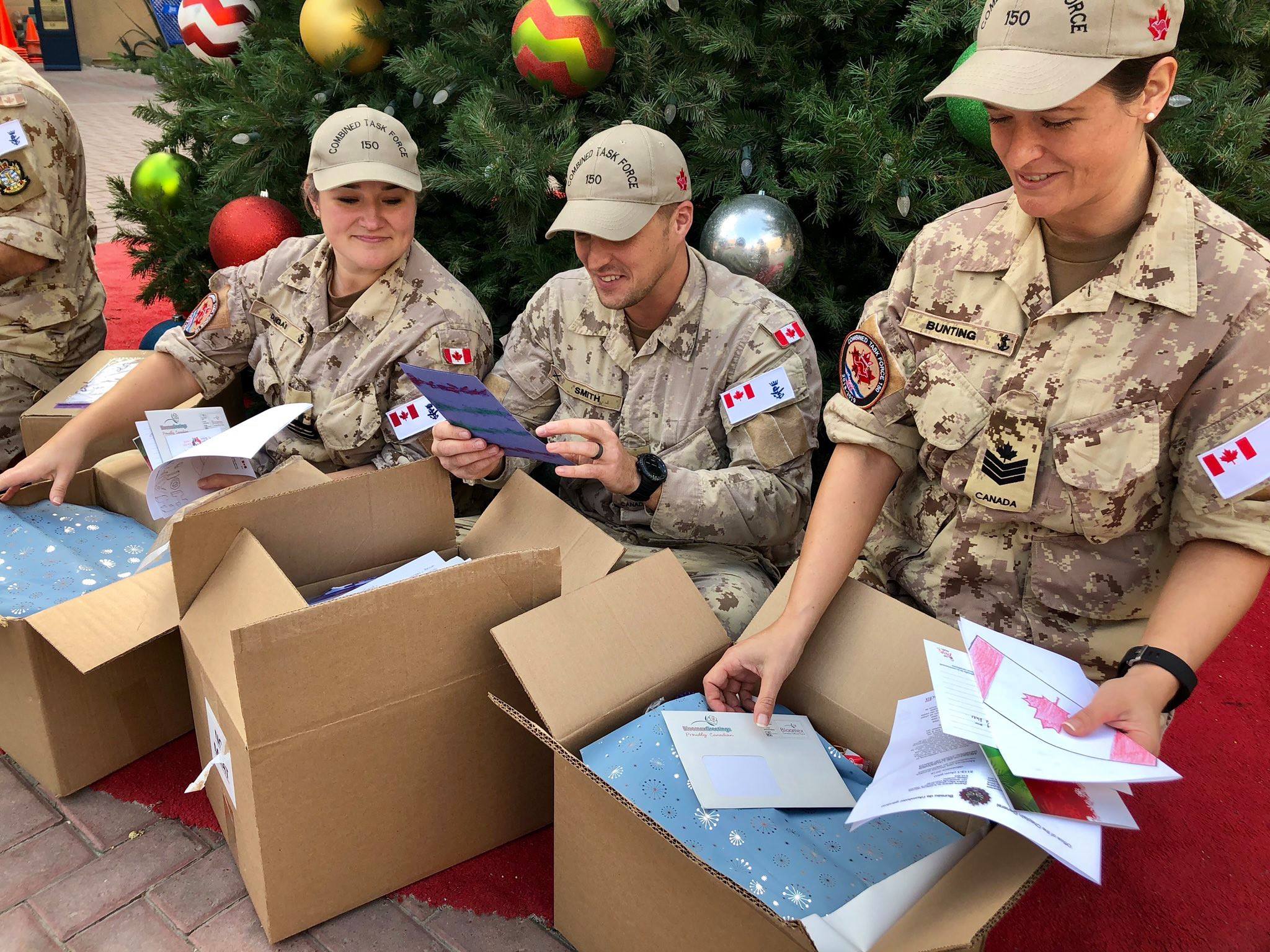 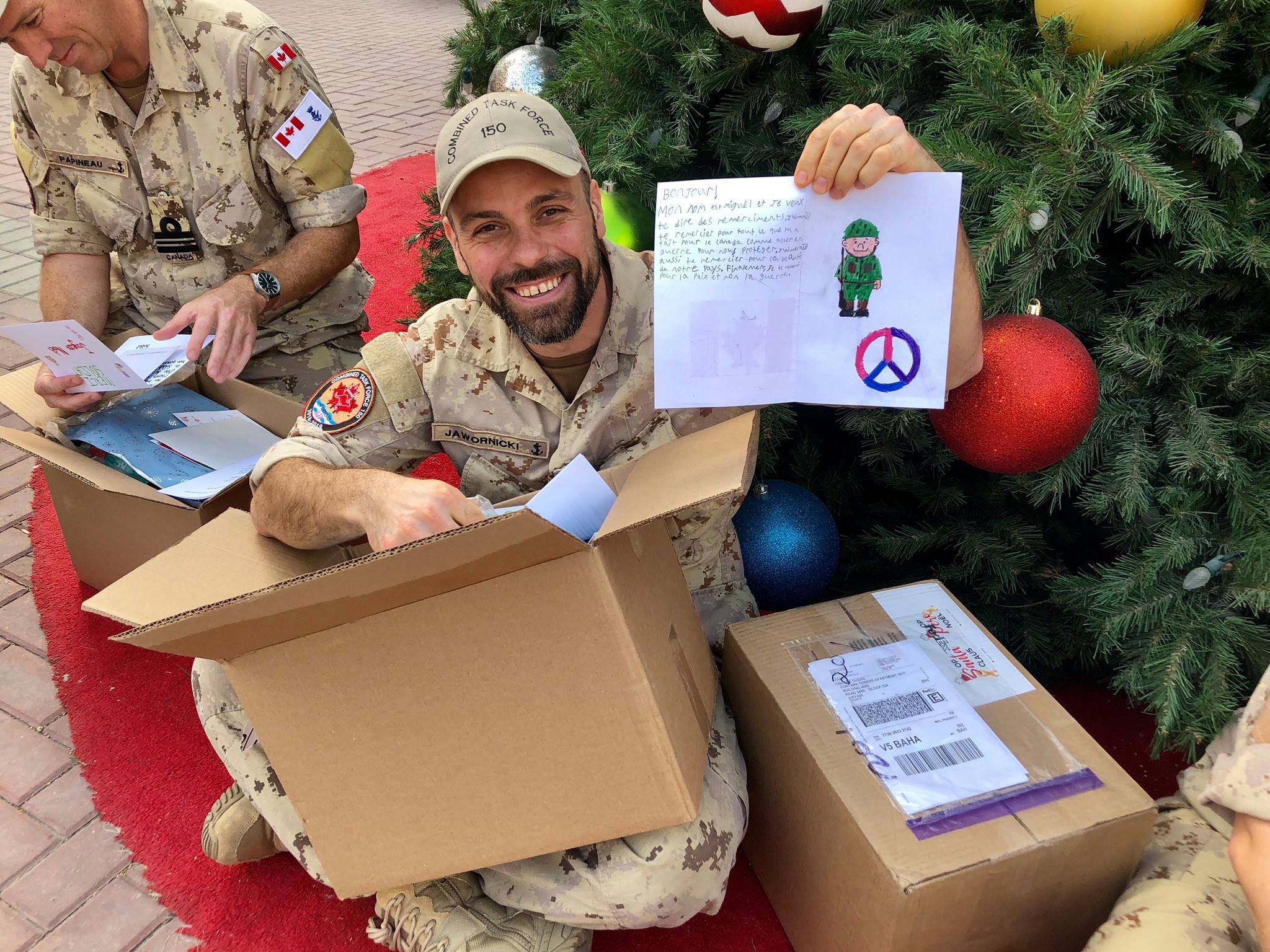 Assuming what I'm quoting is your reply, I'm not sure what you're getting at as I didn't inquire why the Navy was wearing the Naval ensign on their uniform in the conversation.
K

I just saw that the PSYOPS and CIMIC patches have appeared on CANEX. I heard rumours About these years ago. Does anyone know if they will have a DEU version as well?

How are these categorized; USQs or something? I haven’t seen any Gen on this but my flow is from a WCWO.

I’m not a SME but I think the first step would be requests for them to be recognized as a specialist and then the process to get them approved, like RCAF did for Space Specialists and the RCN did with their FP and Boarding party members. I’d guess this would be a C Army initiative?

daftandbarmy said:
Holy moley.... that is a 'Plethora of Patches' right there... :nod:
Click to expand... 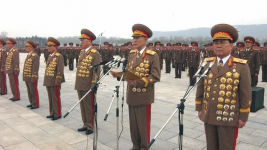 Eye In The Sky said:
How are these categorized; USQs or something? I haven’t seen any Gen on this but my flow is from a WCWO.

I’m not a SME but I think the first step would be requests for them to be recognized as a specialist and then the process to get them approved, like RCAF did for Space Specialists and the RCN did with their FP and Boarding party members. I’d guess this would be a C Army initiative?

Only Canada could produce such and ugly and boring patch for a Space Wars Qualification
You must log in or register to reply here.