Could this be the Philadelphia Project Part 2?

Residents in Windsor, Ont. want an end to the persistent rumbling noises coming from across the border. Should the federal government step in over this issue of international noise pollution?


In February of 2011, residents of Windsor, Ontario heard a noise that sounded like an idling semi-trailer or train. To their dismay and annoyance, the sound didn't go away. In fact, it continued rumbling at intervals throughout the entire year, and this past weekend proved to be no exception. The low-frequency vibrations were so bad that many people thought there was an earthquake.


City Councilor Al Maghnieh has been at the forefront of the effort to halt the noise. He says that people in Windsor are both frustrated and  "demoralized," but he refuses to give up and urges residents not to as well.  Gary Grosse heads a Facebook group called the Windsor-Essex County Hum and together with his 800 members won't let the issue fall on deaf ears.


Natural Resources Canada was able to narrow down the source of the low-frequency hum, pinpointing its location to a one-square kilometer area of Zug Island in River Rouge, Michigan. However, the city of River Rouge is now refusing to spend any more money tracking down the actual source of the noise, and unfortunately, this news doesn't really come as a surprise.


Zug Island is an industrialized island close to Detroit. Not much is known about it except that it is home to a cluster of steel mills and is generally off limits to the public. I would imagine that it's going to cost someone a fair sum of money to put an end to whatever is making the noise, and it seems that whoever is responsible is making it as difficult as possible to be found.  In the past, surrounding neighborhoods have taken issue with free-floating rust colored dust and putrid odours that emanate from the island, but little was done in response. That said, I doubt that someone from the island will step forward and willingly put an end to the noise.


The fact remains that the noise is affecting the quality of life in Windsor, Ontario and something must be done. I can only imagine how infuriating and debilitating that kind of persistent sound is.  Noise pollution isn't just a nuisance; it's a real problem. It can cause sleep disruption, hypertension, and tinnitus (the perception of sound in the ear when there is no actual corresponding external sound). It's also a major cause of stress, which can result in other problems like aggression, depression, and the inability to focus in work or school.


Because the city of River Rouge is refusing to cooperate any further and because the residents of Windsor and its local government have exhausted their options, it's up to the Canadian government to step in and put an end to the international discord.

What would you do if you were an affected resident of Windsor?
Would you remain silent, or would you speak up?
Click to expand...

PsyOPs in practice to assimilate the local Canadian population........or drive them back?    Has the TV Series "The Time Tunnel" now become reality?  Has the US Navy finally developed the capability to make ships invisible?>

That humming is clearly the early stages of mind control kicking in.

In related news, aluminum stocks are through the roof.

From the Foreign Affairs Info-machine:

Parliamentary Secretary Bob Dechert concluded a visit to Windsor, Ontario, and Detroit, Michigan, today to investigate the “Windsor Hum,” a recurring vibration and noise that has been disturbing people in the Windsor area for more than a year. Parliamentary Secretary Dechert undertook the visit at the request of Foreign Affairs Minister John Baird.

“Today, I had a chance to meet with Windsor mayor Eddie Francis and representatives of the Great Lakes Commission, the Council of Great Lakes Industries, the Southeast Michigan Council of Governments and the Regional Office of the International Joint Commission,” said Parliamentary Secretary Dechert.

“The Government of Canada takes this issue seriously. I look forward to working with my colleagues, including MPs Jeff Watson (Essex), Brian Masse (Windsor West) and Joe Comartin (Windsor-Tecumseh), as well as the Province of Ontario, the City of Windsor, the U.S. federal government, the State of Michigan, the City of River Rouge and others on this important file.”

“It is important that we find a solution that works for the people of Windsor. Our government is prepared to collaborate with stakeholders and other governments to isolate the source of the Windsor Hum so that a solution can be implemented in due course.”

Since March 2011, many complaints have been received from Canadians disturbed by rumblings in the Windsor area, the so-called Windsor Hum. A federal study suggests that the Hum may originate from the U.S. side of the Detroit River, in the general area of Zug Island.
Click to expand... 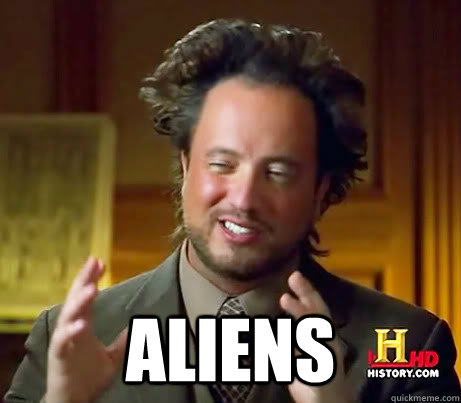 I read about this on the weekend... its bizarre to say the least.

Or earthquakes in New Brunswick. At least there they have theory about whats happening.

Some guy named Miles Dyson is making robot thingees. Nothing to worry about.

Low Frequency vibration from a large machine which happens to be above a rock formation that works as a amplifier? You will be surprised just how far a blow from a 5pd sledge can travel through the ground. In fact that and 8ga blackpowder shells are used for seismic surveys.
You must log in or register to reply here.

Why a 41-Year-Old Record About Fascism Matters Now