Who'll be the next CDS? Speculation here, please!!

Would the CFCWO be his handler?

Blackadder1916 said:
Would the CFCWO be his handler?
Click to expand...

Where do you put four maples leaves on an animal trailer?

Is this a trick question?

Obviously: Out of reach of the animal's mouth !!!

JS2218 said:
Has it been announced yet? As far as I can find (and knew...) it was LGen Millar. I more meant along the lines of someone with a logistics background than the trade per se - someone who has experience in developing and growing policies surrounding personnel, materiel management, acquisitions, finance, and so on. But part of the problem, IMO, is that there becomes a rank where commanders and SNCOs are appointed to command/oversee departments, branches, and trades they're not familiar with. It's not always a problem, but having a logistics officer by trade as CMP could help (and thereafter pushing him/her up to CDS).

I did not mean to imply the VCDS was any more competent than the non-VCDS Generals What I meant is that change of command always requires continuity in governance, knowledge, experience, and so on. The VCDS runs the CAF while the CDS commands it. The new CDS will require a deputy who can give him/her a no-nonsense briefing on what's going on, what most urgently needs their attention, and so on.
Click to expand...

Yes it has been announced, MGen Chris Whitecross (Const Engr background) will be the new CMP.  I heard unofficially that the change will happen before the APS (early June).
D

I heard unofficially that it would be after St Jean Baptiste.
T

Well, I suppose there's one more.

Want me to say hi and put in a good word for you tomorrow?
J

caocao said:
Yes it has been announced, MGen Chris Whitecross (Const Engr background) will be the new CMP.  I heard unofficially that the change will happen before the APS (early June).
Click to expand...

Cool! I've spoken with her a few times, but don't really know her.

dapaterson said:
I heard unofficially that it would be after St Jean Baptiste.
Click to expand...

Could Lieutenant-General Guy Thibault move up ?

He could. Gen Natynczyk was the Vice Chief as an LGen before he was appointed CDS.

Hamish Seggie said:
Want me to say hi and put in a good word for you tomorrow?
Click to expand...

- You can tell him that I said hello and am enjoying retirement! We had first met when he was posted to 8CH(PL) Lahr.
I last saw him last fall when he took the time during a visit to Wainwright to speak with soldiers in his bde who were attending a 3CDTC course.

Mercedes Stephenson's FB page says that LGen Vance is the next CDS.

I have known LGen Vance literally since he was a small boy (his father, the late LGen Jack Vance, was my company commander back in the 1960s and we subalterns were regular guests in the Vance family home); he's an excellent man.

But bear in mind that he is moving to a new and very strange battlefield where allies and enemies are the same and they look like this: 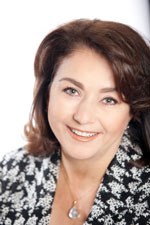 These people are: a) scary smart, b) committed to national agendas of their own, and c) mistrustful (based on experience) of the ability of senior military officers to analyze situations, make sound (bureaucratic/political/financial) decisions and keep "on programme." They live in a world in which LGen Vance has little experience/exposure.

The CDS manages, administers and leads a force that reacts to the prime minister's direction. Defence and national security policy (and missions for the CF) come from Ms Charette; M. Rochon decides how much, or little, money the CF gets and Ms Baltacıoğlu (and some colleagues), not the CDS, will decide on which (and how many) ships, planes and trucks the government buys for the CF. One of the CDS' jobs is to persuade these people, and others like them, that he understands what Canada (not just the CF) needs.
You must log in or register to reply here.

K
Article: "The next war: Can Australia put up a fight?"