Interesting to compare the Polaris to this: 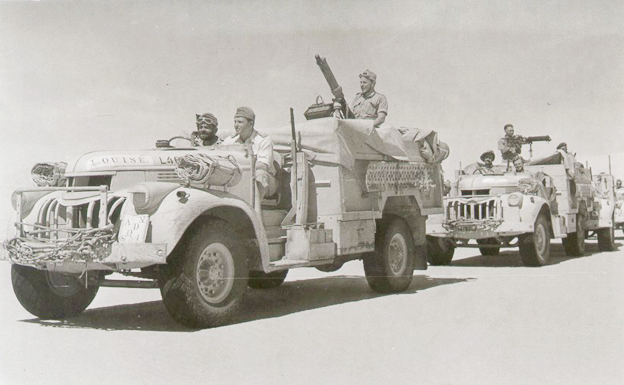 As long as its still made in Canada....

While not exactly ultra light (this is a 1940 era WWII vehicle), it is interesting to see how things were done back then, and consider the evolution of these things - this would fit into the mid sized vehicles like the DAGOR, Flyer or new GM ISV in terms of size and ability to carry weapons, even though it normally only carried a 4 man crew:

The concept behind the AS42 “Sahariana” appeared in the minds of Italian designers in 1942, when the famous British and Commonwealth Long Range Desert Groups (LRDG), with their distinctive heavily-armed and unarmored long-range vehicles, were breaking far behind Axis lines, creating havoc in refilling bases or airfields. At the same time, their large-scale reconnaissance tasks were very valuable to Allied intelligence. The Regio Esercito (Italian Royal Army) tried to emulate these units by using a project that SPA-Viberti had proposed a year before based on the chassis of the AB41 armored car, itself derived from the chassis of the Fiat-SPA TM40 medium artillery tractor.

The AS42 “Sahariana’ was a reconnaissance car, initially unarmed. However, under pressure from the Italian Royal Army’s high command, the vehicles received heavy armament. The SPA-Viberti AS42 was rapidly developed at the beginning of 1942. The prototype was presented to the army on July 9, 1942, passed all tests and was put into production in the SPA-Viberti factory in Turin as early as August 1942.
Click to expand...

A long and interesting article from a historical perspective 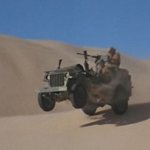 The Kingpost is Dead! Long Live the Vertrep!
2 3