US Army Reviving the 11th Airborne Division in Alaska

More on the Stand Up.

The 11th Airborne Division, the Army's newest major unit, will be formed June 6 out of an assortment of soldiers in Alaska.

"It's long overdue; this is a compilation of years of effort to get us to a functional organization," Maj. Gen. Brian Eifler, commander of U.S. Army Alaska, told Military.com.

But that new designation will not add any additional airborne capabilities to the Arctic region, which U.S. adversaries are already trying to lay claim to.
Click to expand...

Are they Canada's adversaries as well? Are US adversaries seen in the same light in Ottawa? Those are questions that have seldom arisen since 1940.

Army officials are in the middle of finalizing a plan to get rid of its roughly 320 Strykers in Alaska, possibly using them for spare parts for other units. In the meantime, the Stryker brigade in Alaska will convert to a regular light infantry force, but could be converted into an air assault element down the road.
Click to expand...

If Canada wanted extra LAVs, perhaps for the Militia, it seems the US is creating surplus.

"This isn't going to be like any other division. Here, we are having an airborne brigade, and there will probably be an air assault brigade," said Eifler, who will command the 11th Airborne Division. "It'll be different."

Eifler noted that plans for how the division will be organized aren't ironed out yet. Getting half of the division's soldiers air assault-qualified and setting up logistics for the training those soldiers could take years.

The new division will also see the creation of a sustainment headquarters and an aviation task force headquarters. But the overall current size of the Army's presence in Alaska is expected to remain roughly the same, at around 12,000 soldiers, because a light infantry brigade is smaller than a Stryker brigade.
Click to expand...

A US Division of 12,000 all ranks and all branches yields 2 Brigades with 5 Light Infantry Battalions. 2 of the Battalions are Jumpers.
The 5 Battalions command 15 Rifle Companies and 5 Weapons Companies.

In addition there are 2 Cavalry/ISR Squadrons (Cdn Rgts) with a total of 4 "mounted' Troops (Cdn Sqns) and 2 "dismounted" Troops. The mounted Troops are looking for a new mount more in keeping with the needs of the Arctic than the Strykers. The Strykers are not deemed suitable for the Arctic.

On the aviation front there is one attack reconnaissance squadron (ARS) ( with 30 OH-58??) and one general support aviation battalion (GSAB) (8 UH-60 Command Aviation, 12 CH-47 Chinook and 15 HH-60M) as well as one UAV company with Gray Eagles.

It doesn't seem a thousand miles away from Canadian capabilities.


The plan for forming Alaska's two major brigades under a new patch is largely about giving U.S. Army Alaska a clear identity, Eifler said. Currently, the two brigades wear the 25th Infantry Divison's patch, which is associated with that division's focus on jungle warfare, the opposite of Alaska's Arctic mission.

"Soldiers in Alaska haven't had an identity. It has been a bunch of units with different patches," Eifler said. "Now, we'll have a unified legacy we can continue on."

Being a division, EIfler hopes, will open up easier access to resources from the Pentagon, with the soldiers getting more attention from planners. The Army's so-called Arctic strategy put those units in the spotlight, with the force's refocus on conventional warfare and the need for a unit dedicated to fighting in the frigid environments where Russia and China are trying to claim dominance.
Click to expand...

A common identity for the Division. Interesting concept. Very un-Canadian.

Alaskan troops will have some of the busiest schedules in the Army over the next year, working with allied nations who are developing their own Arctic doctrines.

In March, Alaska troops, as well as U.S. special operations and some foreign units, conducted a first-of-its-kind, large-scale training event putting its troops and gear to the test. Right now, many of Alaska's soldiers are training in Norway. There is also a planned exercise in Japan known as North Wind later this year. And, in early 2023, soldiers will repeat the major training exercise in Alaska.

"We have Nepal, Mongolia, India, northern Japan, [South] Korea -- we have these countries that have mountainous and extreme cold weather terrain and we're going to start working with them more,'' Eifler said.
Click to expand...

What on earth would Canadians do in the Arctic? 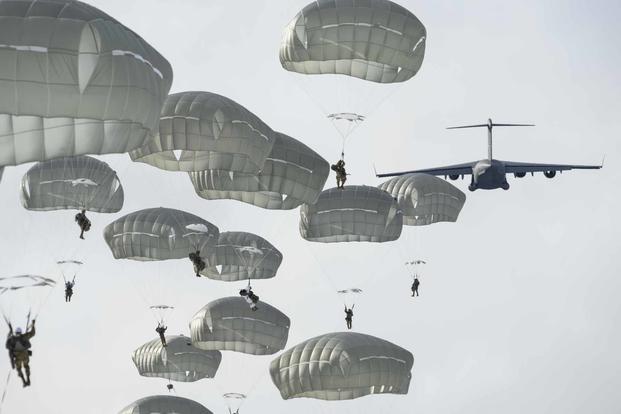 The plan for forming Alaska's two major brigades under a new patch is largely about giving U.S. Army Alaska a clear identity.

Getting half of the division's soldiers air assault-qualified and setting up logistics for the training those soldiers could take years.
Click to expand...

Perhaps the Americans, and us, should hire more Ukrainians. They seem to be able to launch brigades in weeks (a couple of months) 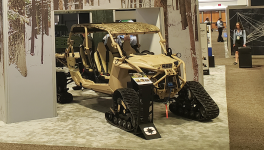 While we are in the game of opining.... I wonder if there is any appetite to move the DAME project timelines forwards. One reason for wondering is the confluence of policy Renew Canada’s focus on surveillance and control of Canadian territory and approaches, particularly our Arctic regions...

We could call them 'SOCICLES'
P

So when these weekend warrior toys break down, and with that light duty narrow track they will, short of a helicopter what vehicle will be sent to retrieve them? The retrieval vehicle is what should be seriously considered.

Good luck with that, and 'stay frosty'


On this June 6th, we are making history yet again, by reactivating the storied 11th Airborne Division in Alaska. With incredible history of valor in the Pacific during during WWII, the Division will be the most highly trained, disciplined and fit, Arctic war fighting unit in the world, ready to fight and win. 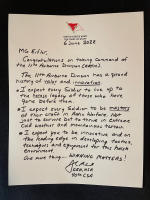 Apparently, spelling Arctic is his Krptonite…

Either the pen's spellcheck was busted, or they really are going to war in 'Artics'

If you saw his MDO drafts, that isn’t his only spelling shortfall…

Apparently, spelling “Kryptonite” is my Kryptonite…

MJP said:
It never fails that when pointing out a grammatical or spelling error that one invariably makes their own error
Click to expand...

I blame my phone when that happens.
Accepting that I should re-read what I typed prior to hitting send an awful lot more.

I thought it was deliberate. ROFL.

KevinB said:
If you saw his MDO drafts, that isn’t his only spelling shortfall…
Click to expand...

FJAG said:
I find this interesting:

We proved this time again with the Grizzly, both in Cda and Norway. Ye Gods don't people pay attention to history?

daftandbarmy said:
For a COS....

Still not sure why the CSA isn’t called the Commander of the US Army, but if the CJCS is the head COS then COSes all around, I guess!

Good2Golf said:
Still not sure why the CSA isn’t called the Commander of the US Army, but if the CJCS is the head COS then COSes all around, I guess!
Click to expand...

Because the Commander in Chief...
We have Chiefs of Staff, Chairman of the Joint Chiefs - but beyond Maneuver units no commanders (because we know static HQ's should never be allow to command )

Good2Golf said:
Still not sure why the CSA isn’t called the Commander of the US Army, but if the CJCS is the head COS then COSes all around, I guess!
Click to expand...

There was before 1903. The Root Reforms saw this title changed to Chief of Staff. This was done in part to reinforce a civilian chain of command (the Chief of Staff worked for the Secretary of the Army) and in part in reference to the Prussian Army, where the senior military official was the Chief of the Great General Staff, who provided military advice to civilian political leaders. The UK also adopted this approach around the same time, with the titular head of the Army becoming the "Chief of the General Staff."

There was chatter during the US Defence Reforms of 1947, with an argument being made to recreate a uniformed commander. It didn't pass muster.

Thanks for that, Infanteer. In the US context, that does make sense.

I assumed you were using the Ukrainian spelling. You know, in solidarity.
You must log in or register to reply here.

US Army no longer to have an Air Assault Division

USMC Deploying with Suppressors instead of Radios
2

Lt. Clint Lorance Could Be Any One of Us
2 3