Portnord said:
Maybe he'll take a trip to the front to sort things out?
Click to expand...

Could a bunker parody be far behind?

daftandbarmy said:
Live feed on the US announcing the same.

One hell of a press conference. Worth watching. Some powerful words from Kirby.

Kirkhill said:
More on the dust-up between Russian Chechens and Russian Buryats in Kherson region over looting rights.

Ukrainians have been calling them Orcs but I didn't realize that was an invitation to actually act like the Orcs from Lord of the Rings...

The thread isn't an airport, no need to announce departures...

Now take with salt but, Russia seems to loose 6-12 tanks a day it seems. Thats upto 1 BTG loosing all its tanks per day. They are going to be pulling T55s out of war stocks at this rate.

Legal Frameworks for Assessing the Use of Starvation in Ukraine

A comprehensive analysis by leading legal expert on starvation and siege warfare, as that law applies to Russia's war in Ukraine.

Apparently the new Russian plan has been leaked.

Soldier35 said:
Video of the battle on the borders of Russia and Ukraine near the Sevsky district of the Bryansk region. On the evening of April 25, a Ukrainian group in two cars drove up to the checkpoint and tried to break through into Russia, failing to achieve this, shelling Russian territory from mortars began. The fighters of the Russian army from Tuva suppressed the firing point and destroyed the Ukrainian car with return fire, later a Russian helicopter came to the rescue, the remnants of the Ukrainian soldiers retreated.

Ha! Nobody want to go to Russia! They’re weak and their weapons are inferior.

Another BTG removed from play. 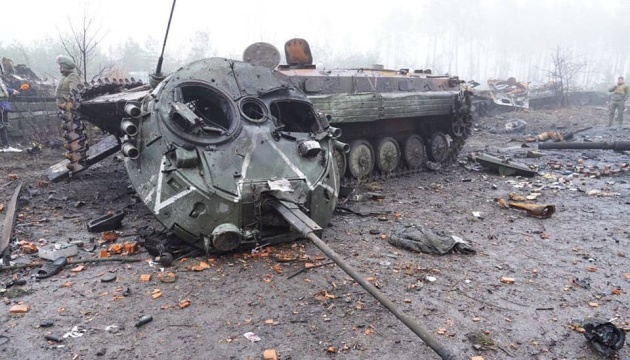 The Ukrainian military destroyed 11 Russian tanks and more than 40 units of other equipment in the area of the Joint Forces Operation on Friday, April 29. — Ukrinform. 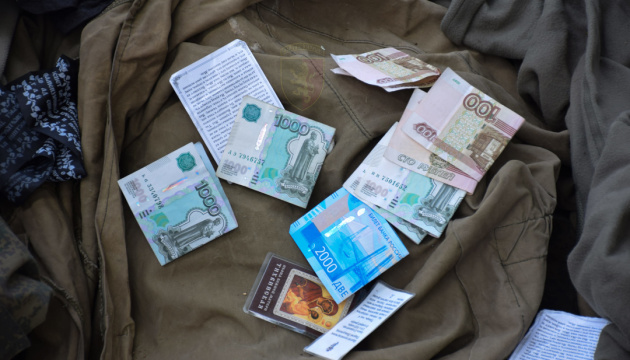 In the Luhansk region, Russian paratroopers stormed the positions of the Ukrainian Armed Forces, and only seven invaders managed to survive. — Ukrinform.

dapaterson said:
Apparently the new Russian plan has been leaked.

That does fall in line with the rumors putin has taken command of the operation, and send his top general to the front.

Highly optimistic and if true dangerous. If they hacked and replaced them then the nuclear trigger is in the hands of a few unaccountable mostly unknown digital anarchists
Click to expand...

Who reside in the environs around Reston/Langley, VA…..

Czech_pivo said:
Who reside in the environs around Reston/Langley, VA…..
Click to expand...

Anonymous isn’t a Christians In Action entity. It’s not even all American hackers. I suspect several have European former Soviet block roots.
They did however break their original charter of non harming action for their back when they declared war on Russia.

daftandbarmy said:
As opposed to?

TacticalTea said:
Ukrainians have been calling them Orcs but I didn't realize that was an invitation to actually act like the Orcs from Lord of the Rings...
Click to expand...

Apparently we still have a few Leopard 1s, being turned into targets after a buyer could not be found. I wonder if any could be sent to Ukraine.

Maxman1 said:
Apparently we still have a few Leopard 1s, being turned into targets after a buyer could not be found. I wonder if any could be sent to Ukraine.
Click to expand...

honestly ours are not in good condition at all at this point, heck prior to Afghanistan we had to weld steel plates to the underside of the hulls, why? they had been used, and abused so much that natural ware caused the hull to be only a few millimeters thick. If they are being turned into targets, they likely have everything stripped out already, bare hulls are useless to them.

From the "War is peace. Freedom is slavery. Ignorance is strength." files, this from RUS state media ... 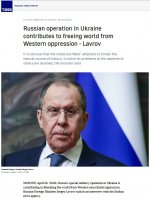 RAMSTEIN, Germany - NATO fighter jets stationed around the Baltic and Black Seas have scrambled multiple times over the past four days to track and intercept Russian aircraft near Alliance airspace...
ac.nato.int
You must log in or register to reply here.