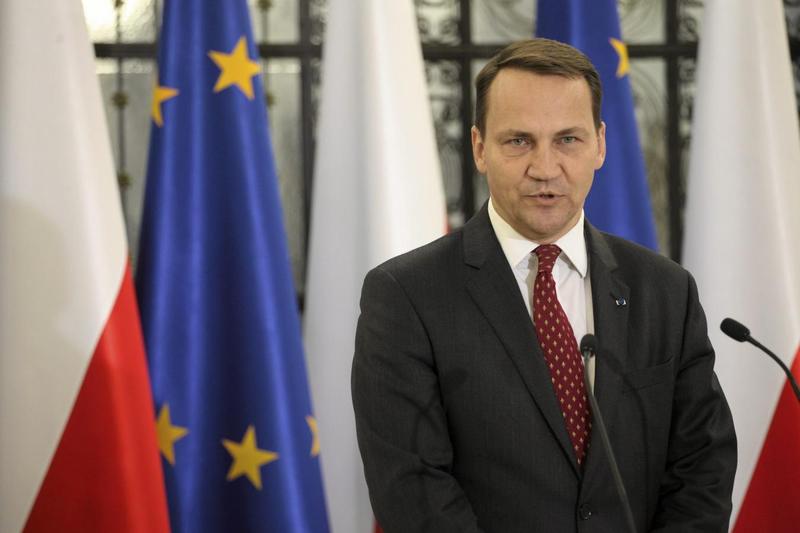 Poland's parliamentary speaker, Radoslaw Sikorski, has been quoted as saying that Russian President Vladimir Putin proposed to Poland's then leader in 2008 that they divide Ukraine between themselves.

This is old news, came out about 10yrs ago.

brihard said:
Hmm… You could be right. Sea Spear seems small though- good to kill lots of small boats, at least that’s my understanding of the intent of that variant to Brimstone. It’s also short range.

That said there may be deliberate vague senses on this subject. Maybe the Brit’s are sending something bigger and better at actually killing ships, and the good guys are content to let Ivan find out the hard way.
Click to expand...

At the very least it would deter any landings but long range would be better to hit the black sea fleet, especially the destroyers launching cruise missiles into Ukraine

Somewhere in the depths of the RUS info-machine .... 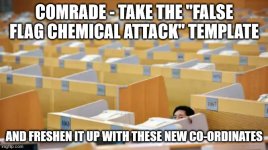 Boris Johnson made a secret visit to Ukraine on Saturday to offer Volodymyr Zelensky a new aid package including armoured vehicles and anti-ship missiles and praise the “invincible heroism and courage of the Ukrainian people”.
The Prime Minister used the visit to promise Ukraine 120 new armoured vehicles and new anti-ship missile systems, which could be used to fight off Russian forces in Mariupol, on Ukraine’s south coast.
Mr Johnson's trip was not announced to the media in advance, and revealed only when Ukraine’s embassy in the UK tweeted a photo of the two men with the caption: “Surprise”.
He is understood to have travelled to Poland under the cover of darkness on Friday night, then onwards to Kyiv with just one aide from his private office, in addition to security personnel.
Downing Street said the trip had been arranged as a “show of solidarity with the Ukrainian people” and that the two men discussed “a new package of financial and military aid” and Britain’s “long-term support”.
Click to expand... 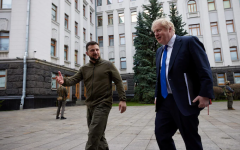 Mr Zelensky with Mr Johnson made a secret trip in a 'show of solidarity' with Ukraine, No 10 said CREDIT: Ukrainian Presidential Press Service/REUTERS
The visit was planned last week in secrecy, with only around half a dozen officials aware it was taking place.


Despite the Russian military’s declaration that it had given up trying to capture Kyiv and would now focus on its stronghold in the east of Ukraine, troops have shelled the city’s suburbs within the past week.
Mr Johnson also promised to guarantee a further £385 million of World Bank lending to Ukraine, subject to parliamentary approval.
Speaking in a recorded message with Mr Zelensky from Kyiv on Saturday night, Mr Johnson said: “I think that the Ukrainians have shown the courage of a lion, and you Volodymyr have given the roar of that lion.”
He added that the UK would “supply the equipment, the technology, the know-how, the intelligence, so that Ukraine will never be invaded again”, and pledged to “liberalise trade with Ukraine as we go forward”.
“Having been here in Kyiv for just a few hours, I have no doubt [...] that an independent sovereign Ukraine will rise again thanks above all to the heroism, the courage of the people of Ukraine,” he said. “Thank you very much and slava Ukraini.”
Earlier, Mr Johnson had said: “It is a privilege to be able to travel to Ukraine and meet President Zelensky in person in Kyiv today.
“Ukraine has defied the odds and pushed back Russian forces from the gates of Kyiv, achieving the greatest feat of arms of the 21st century.
“It is because of President Zelensky’s resolute leadership and the invincible heroism and courage of the Ukrainian people that Putin’s monstrous aims are being thwarted.
“I made clear today that the United Kingdom stands unwaveringly with them in this ongoing fight, and we are in it for the long run.
“We are stepping up our own military and economic support and convening a global alliance to bring this tragedy to an end, and ensure Ukraine survives and thrives as a free and sovereign nation.”
Mr Zelensky hailed Mr Johnson as "one of the most principled opponents of the Russian invasion".

Writing after their meeting, Mr Zelensky said: "The Prime Minister of the United Kingdom Boris Johnson is one of the most principled opponents of the Russian invasion, a leader in sanctions pressure on Russia and defense support of Ukraine. Welcome to Kyiv my friend."
Andriy Sybiha, the deputy head of the Ukrainian president's office, said on Facebook: "The UK is the leader in defence support for Ukraine. The leader in the anti-war coalition. The leader in sanctions against the Russian aggressor."
The Ukrainian defence ministry suggested that other Western countries should follow Mr Johnson’s lead in visiting Mr Zelensky and offering more aid.
“We welcome Boris Johnson in Kyiv, the first G7 leader to arrive in Ukraine since the beginning of the large-scale war,” it said.
“We are strengthening our union of democracies. Be brave, like Boris. Be brave, like Ukraine.”
The meeting came after the UK agreed to send Mastiff armoured vehicles to support the Ukrainian military – a step beyond the anti-air and anti-tank missiles that have been provided thus far.

Mr Johnson’s visit came after a similar meeting between Mr Zelensky and Ursula von der Leyen, the president of the European Commission, earlier this week.

On Saturday, Western allies including Canada and the European Commission met for a donor conference in Warsaw, where they pledged a combined £7.6 million in donations, loans and grants to support refugees.
Ms Von der Leyen, who co-hosted the event with Justin Trudeau, the Canadian prime minister, said: “We stand by your side, be it now in the times of war, be it with the refugees, but most importantly after this war has been won by Ukraine, for the time for reconstruction and rebuilding the country.”
The European Commission estimates that more than four million people have now fled Ukraine to seek shelter in EU countries, while 6.5 million people have fled their homes but remain inside Ukraine.
Click to expand...

Justin and Ursula managed to convene. 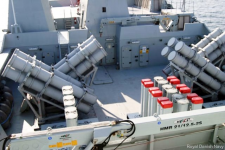 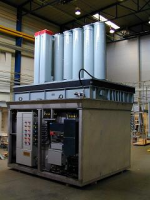 I understand there is some concern being expressed about how the Ukrainians will launch the Harpoons without launchers. Just ask the Danes if necessary.

MilEME09 said:
At the very least it would deter any landings but long range would be better to hit the black sea fleet, especially the destroyers launching cruise missiles into Ukraine

I’d love to know what the cost to purchase all the equipment would be on the open market.

Justin and Ursula managed to convene.
Click to expand...

Justin and Ursula managed to convene.

So to recap: Brits can walk and chew gum, Canada and EU can chew gum.

I understand there is some concern being expressed about how the Ukrainians will launch the Harpoons without launchers. Just ask the Danes if necessary.
Click to expand...

Gee, isn't exactly what the USN tried and failed to achieve with their LCS fleet?

Skysix said:
Gee, isn't exactly what the USN tried and failed to achieve with their LCS fleet?
Click to expand...

That's what you get from an actor becoming prez and making his chief of staff a former movie producer - nothing but the slickest. They're still doing good in the info-fight.

Also interesting to see how little traffic there is - veh or pedestrian - where they happen to film doing walkabout.

Unconfirmed still but bold if true

The Bread Guy said:
That's what you get from an good actor becoming prez and making his chief of staff a former movie producer - nothing but the slickest. They're still doing good in the info-fight.
Click to expand...

An air raid deep into Russia particularly Moscow - like the Berlin bombing of June 7 1940 and the Doolittle raid of April 18 1942 - would have HUGE morale implications in both Russia and Ukraine.
You must log in or register to reply here.