Not sure if this was posted anywhere before but Gazprom is pumping natural gas out of Europe via Yamal line while pumping it in via Nordstream and others. Oh those sneaky Russians 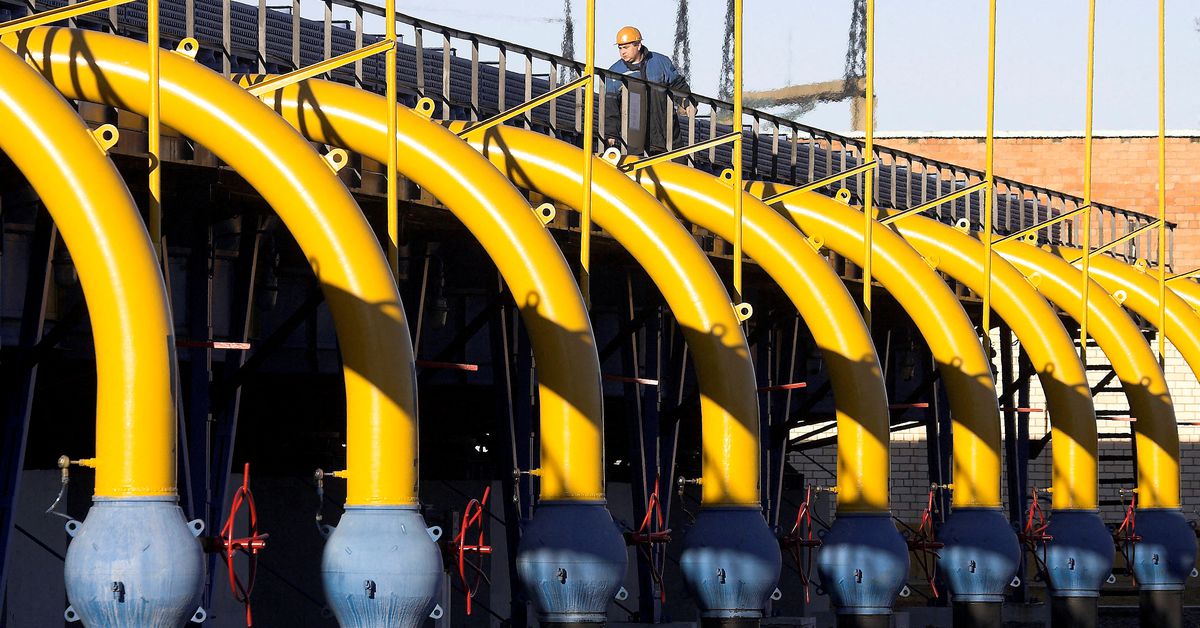 European gas prices hit a new record high on Tuesday after a pipeline that brings Russian gas to Germany switched to flow east, a move the Kremlin said had no political implications, while two big German customers said Gazprom was meeting supply obligations.

Here is a happy article. Basically says the US has written off the Ukraine and planning to arm a civil resistance against the Russian occupation. Many thoughts spring to mind...first Taiwan better do a deal with the CCP and hope for the best or buy every arm it can get its hands on. Second is this really what has become of the US and the West? 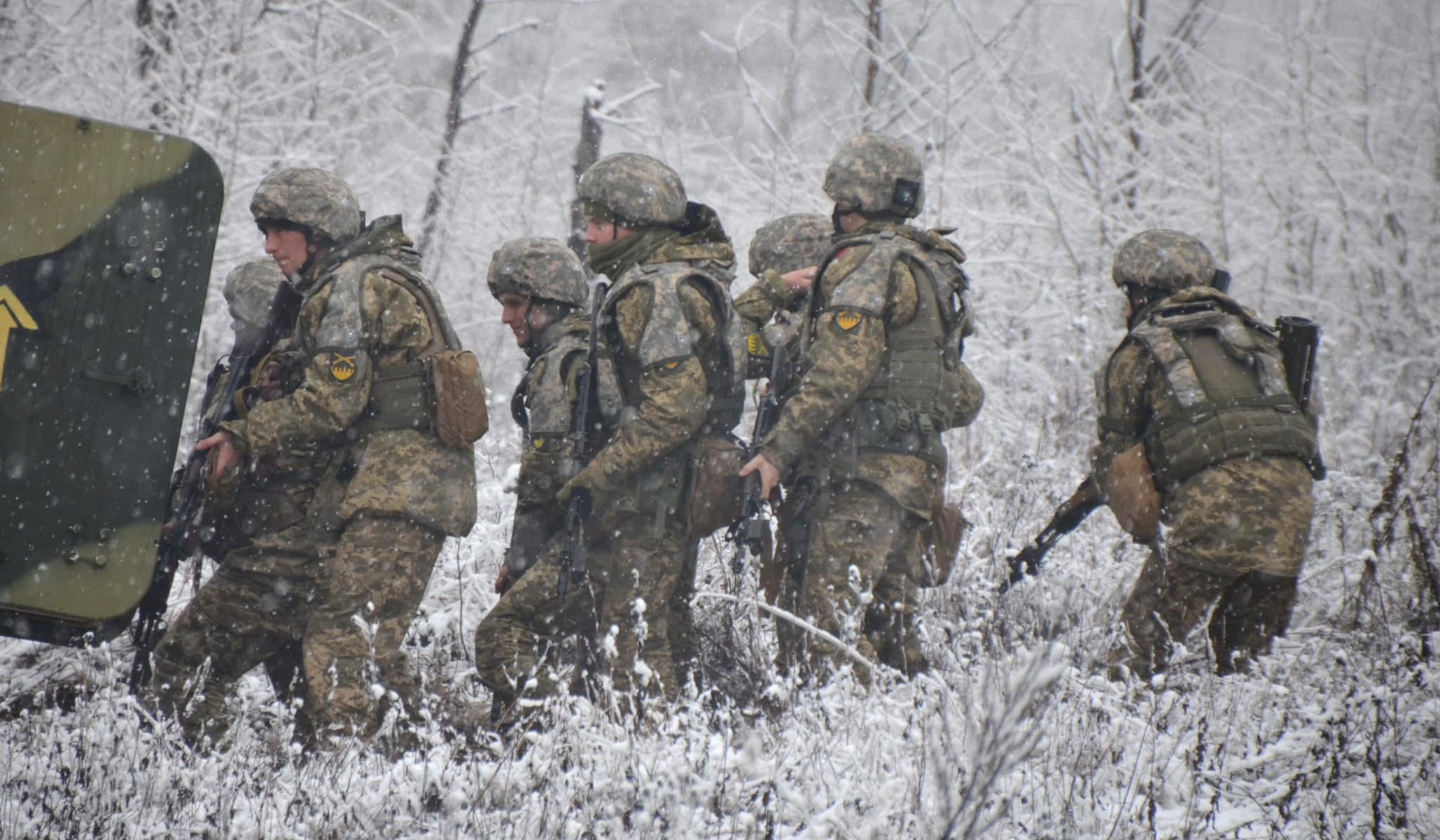 The White House is writing off an ally to appease an enemy.

Spencer100 said:
Here is a happy article. Basically says the US has written off the Ukraine and planning to arm a civil resistance against the Russian occupation. Many thoughts spring to mind...first Taiwan better do a deal with the CCP and hope for the best or buy every arm it can get its hands on. Second is this really what has become of the US and the West?

The White House is writing off an ally to appease an enemy.

Are you surprised? We don't have the will to actually stand up to Russia, we elect politicians based on feel good policies, not substance.

"We're obviously still very concerned by what we're seeing," a U.S. defense official told Reuters, without commenting on the call itself.

The conversation comes amid Western concerns that Russia's buildup of around 100,000 troops near Ukraine’s borders could part of preparations for a potential invasion. Moscow has denied it ...
Click to expand...

(A tiny bit) more from the Pentagon's info-machine ... 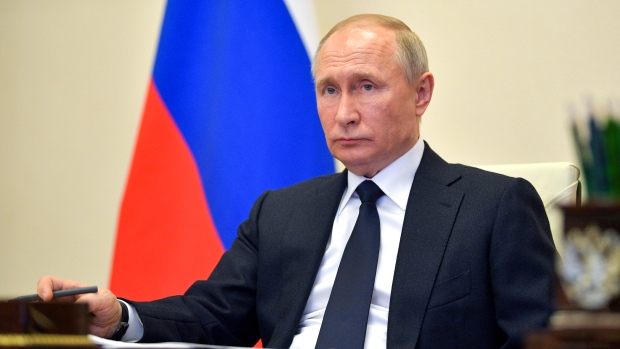 The United States and NATO have roundly rejected Russian demands that the alliance not admit new members amid growing concerns that Russia may invade Ukraine, which aspires to join the alliance.
www.ctvnews.ca

Bold words from the head of NATO

Bold words from the head of NATO
Click to expand...


Nato has warned Moscow to abandon its belligerent foreign policy and co-operate with the west or face a military alliance steeled for conflict, on the eve of a week of intense diplomacy aimed at averting a Russian assault on Ukraine.

Jens Stoltenberg, Nato secretary-general, said the US-led defence pact was prepared for “a new armed conflict in Europe” should negotiations fail, as western officials readied for potential discussions with Moscow on reducing the size of military exercises, arms control and a pledge not to deploy US missiles in Ukraine.

“I am aware of Russia’s history. For centuries they have experienced conflict with neighbours,” he told the Financial Times. “[But] Russia has an alternative: to co-operate, to work with Nato.”
President Vladimir Putin has denied any plan to invade. But he has warned of possible military action if the US and Nato ignore Moscow’s demands for new defence agreements that would severely reduce US and Nato capabilities in Europe. Russia claims those capabilities are a threat to its borders.

“It is possible to find together a path, a political way forward, and also to address Russia’s concerns . . . But there continues to be a risk of conflict,” Stoltenberg said in an interview. “Nato’s deterrence is credible and strong . . . We have to hope and work hard for the best, but be prepared for the worst.”

His warning comes ahead of formal talks between Russian and US officials in Geneva on Monday, followed by a meeting of the 30-member Nato alliance and a Russian delegation on Wednesday. A third meeting hosted by the broader Organization for Security and Co-operation in Europe is set for Thursday.

Russia’s demands include a ban on Ukraine and other countries joining Nato and a Kremlin veto on alliance activities in member states that joined after the collapse of the Soviet Union. Stoltenberg said both of those were unacceptable because they breached Nato’s “core principles” of offering membership to all and defending allies equally.

Instead, Stoltenberg said the US and Nato were prepared to speak with Russia about possible risk-reduction measures “like arms control, on efforts to try to have more transparency on military activity, exercises, and also on lines of communications”
Click to expand...

Ruling out US missile deployments in Ukraine and discussing broader rules on missile systems in Europe were two areas where Washington saw possible scope for agreement, a senior Biden administration official said ahead of the talks, adding that it would be dependent on whether “Russia is willing to make a reciprocal commitment”.

The US was also “willing to explore the possibility of reciprocal restrictions on the size and scope of [military] exercises, including both strategic bombers close to each other’s territory, and ground-based exercises as well”, the official said, adding that “no firm commitments” would be made in Geneva.

Washington has firmly denied media reports that it could offer to pull back some troops stationed in eastern Europe in exchange for Russia scaling down its deployment on the Ukrainian border. Instead, officials said the US and other Nato allies were ready to increase that presence if Putin took any military action.

The US, EU and other western partners have warned that they will impose financial sanctions on Russia in the event of military escalation. Officials said yesterday that the US was ready to “immediately impose severe and overwhelming costs on Russia’s economy”.

The US is also preparing potential trade curbs on Russia, and has been discussing the possibility of a range of export controls with allies and partners in Europe and Asia, according to people familiar with White House thinking.

While the Kremlin has voiced hope for quick solutions from the talks, Stoltenberg said he expected it would take “a series of meetings” to find any mutually acceptable outcomes.

“We are ready to strive for a better relationship,” said the former Norwegian prime minister. “We have proven before that we are able to make compromises and find solutions with Russia.”
Click to expand...

NATO Chief: No Compromise On Core Principles As Alliance Prepares For Talks With Russia

NATO Secretary-General Jens Stoltenberg has pledged to engage "in good faith and on substance" in talks with Russia next week, but he said the alliance will not compromise on core principles, including the right of nations to decide whether they want to join.

Foreign Affairs Minister Melanie Joly hasn't ruled out the possibility of Canada sending weapons to Ukraine as Russia amasses troops along the Eastern border, noting that her cabinet colleagues are working closely on the issue.

In an interview on CTV’s Question Period with host Evan Solomon airing Sunday, Joly says she’s had many conversations with her Ukrainian counterpart and Canada’s calls for Russian de-escalation remain firm.

“We call on Russia, along with all NATO allies to stop their military buildup next to Ukraine… when it comes to dealing with the threat that Russia poses right now, that is exactly why I had on Friday, an important meeting with all the foreign ministers of NATO because it is important as an alliance that we show strength and unity and resolve,” she said.

Pressed repeatedly on whether Canada would send weaponry to help defend Ukrainian troops in the circumstance of a Russian invasion, Joly said only that her team is actively engaged in the issue.

“The most important thing right now is really to work with Ukrainians to deal with their security threats. That's what we'll be doing. My colleague Anita Anand, the defence minister, is actively on this file as well with allies…Ukraine's security is Europe's security and therefore it is the world and Canada's security,” she said ...
Click to expand...

What weapons of consequence do we have that they would need?
C

suffolkowner said:
What weapons of consequence do we have that they would need?
Click to expand...

None. The US is in a much better position to provide arms if that’s the road they go down… ATGM, precise bombs and missiles, vehicles, various kinds of drones for ISR as well as loitering munitions, etc.

Or perhaps a European ally would be a good choice also.


We don’t produce any weaponry of real consequence that they couldn’t get elsewhere.

And we sure as hell don’t have spares of anything!

“We call on Russia, along with all NATO allies to stop their military buildup next to Ukraine…
Click to expand...

But doesn’t rule out sending armaments directly INTO the Ukraine.

CBH99 said:
None. The US is in a much better position to provide arms if that’s the road they go down… ATGM, precise bombs and missiles, vehicles, various kinds of drones for ISR as well as loitering munitions, etc.

Or perhaps a European ally would be a good choice also.


We don’t produce any weaponry of real consequence that they couldn’t get elsewhere.

And we sure as hell don’t have spares of anything!
Click to expand...

I'm pretty sure we've got some surplus Canadian Rangers rifles that are becoming available. Excellent all-weather rifles, able to stop a polar bear, why not send them?

suffolkowner said:
What weapons of consequence do we have that they would need?
Click to expand...

Or, what exactly do we have to spare ?
C

Halifax Tar said:
Or, what exactly do we have to spare ?
Click to expand...

No weapons of any real consequence, and even if we did, none to spare.

Although with a low cost UOR, we could buy new mortars and donate our C-16 AGL systems to Ukraine… just sayin’…

The Timberwolf .50cal rifles are pretty lethal. And I’m sure the company would appreciate some orders.

But doesn’t rule out sending armaments directly INTO the Ukraine.

Then based on this premise ... 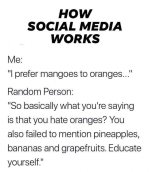 ... RT and Tass will shortly be coming out with a statement saying Canada endorses Russian intervention in Ukraine because hey, they didn't say we couldn't?

A few weeks old but still an interesting read. 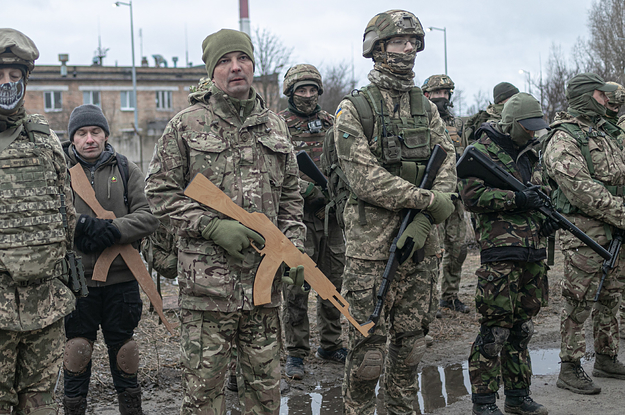 “I know for sure that I will not leave Ukraine [if Russia invades]. I will not live under occupation,” said a 51-year-old doctor, wife, mother of three, and gardener. “I would kill.”

I think a case of Biden realizing he will be impeached in House and Senate if he doesn't do something. He ran on his extensive Foreign Policy knowledge and experiences - and right now he's been failing miserably at those - so much that his approval is in the toilet - and with the Mid Term elections coming up - he will be a lame duck for his last two years if he doesn't do something.

He keeps giving mixed messages - but it appears that now it just won't be sanctions, and the US Army will defend Ukraine.

Tomorrow who knows...
You must log in or register to reply here.