It’s been 100 years to the day since memorial trees were planted on both sides of Shelbourne Street in Saanich and Victoria in honour of the fallen soldiers and nurses in the First World War.

On Saturday, exactly a century later, delegates from the District of Saanich planted a commemorative tree marking a commitment to remember those lost at war alongside the others on Shelbourne Street.

“It was started 100 years ago to recognize the loss of lives in the great war but since then it’s evolved to recognize all wars and it’s a living symbol,” said Fred Haynes, District of Saanich’s mayor.


New gateway signs will also be installed at both ends of Shelbourne, with one sign in Victoria and one in Saanich.

The trees that line Shelbourne Avenue are the focus of a brand new documentary called Trees of Remembrance, which examines the 100th anniversary of the planting of the London Memorial Planetrees.

“When we plant a new tree 100 years after the original planting, it’s almost like an honouring and its a perpetuation of the memory, so in that way, it’s a very powerful symbolic act,” said Geoffrey Bird, who produced and directed the documentary.

Trees of Remembrance will air on CHEK News on Saturday at 6:30 p.m 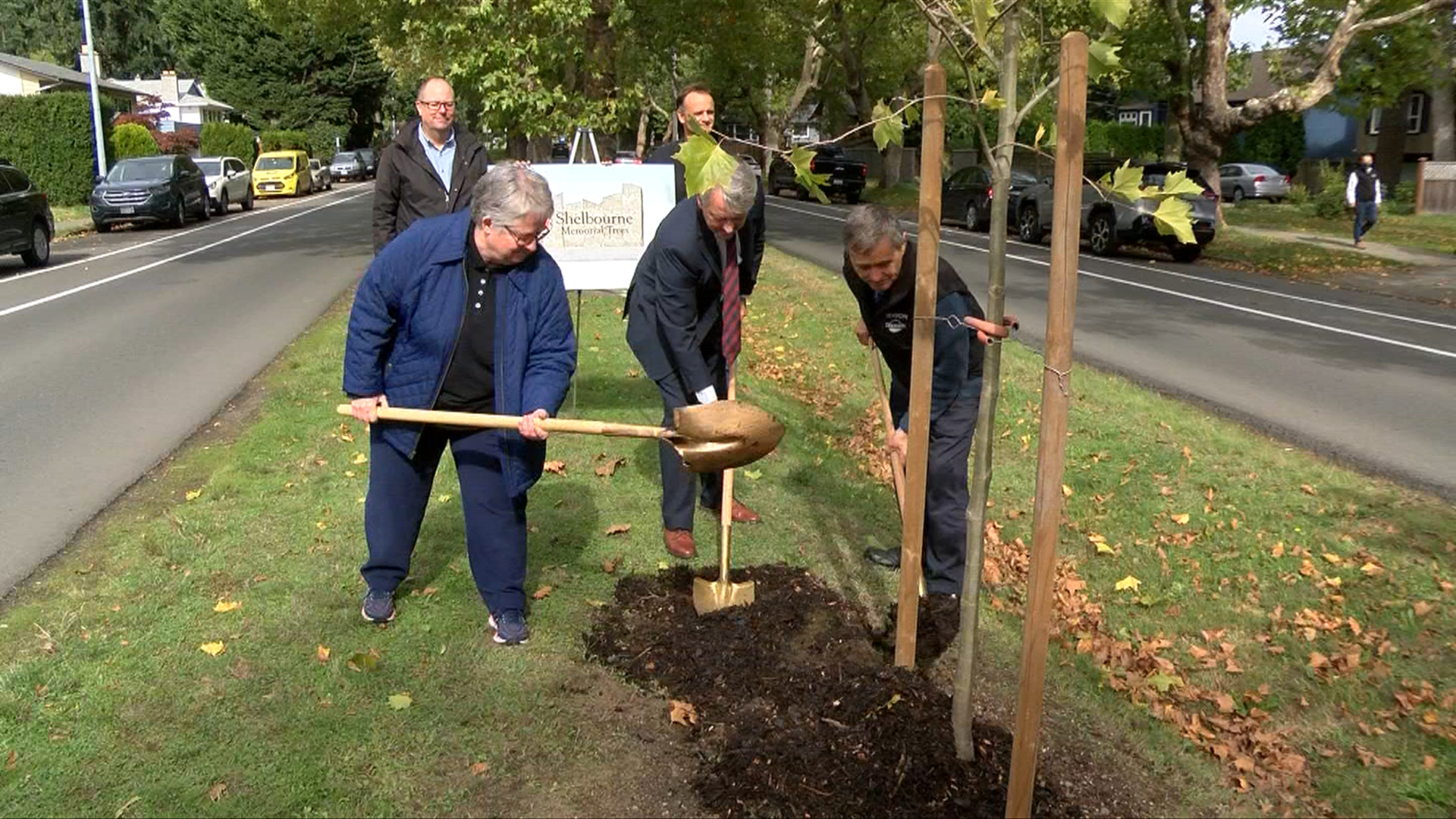 The District of Saanich marked the 100th anniversary of the planting of the London Memorial Planetrees on Saturday.

J
The oaks of Vimy: one man's mission to restore a national treasure