THE RAAF TO GET MALE – REAPER UAS ACQUISITION CONFIRMED

I wonder if the exchange posting will re-open

The RAAF is to operate a fleet of 12 to 16 General Atomics MQ-9 Reaper armed medium-altitude, long-endurance (MALE) unmanned aircraft, the federal government is to announce today.

“These new aircraft will provide enhanced firepower and intelligence, surveillance and reconnaissance support to a range of missions,” Defence Minister Christopher Pyne will say in a statement.

The announcement to fulfil Defence’s Project AIR 7003 requirement comes more than two years after the project achieved initial ‘Gate 0’ approval in November 2016, and some 18 months after the expected Gate 1 milestone following a renewed effort by Israeli Aircraft Industries (IAI) to pitch its Heron TP system.

“The aircraft will be operated under the same laws of armed conflict, international human rights law and rules of engagement as manned aircraft.”

It is not clear which variant of the Reaper family the RAAF will operate, either the existing US Air Force MQ-9A Reaper or the Type-Certifiable Predator B (marketed as the SkyGuardian), which the USAF has designated as the MQ-9B.

RAAF air vehicle operators have been training and operating on exchange with USAF operational Reaper units at Creech AFB and Holloman AFB in the US since February 2015, while the Defence Integrated Investment Program that was published with the 2016 Defence White Paper first publicly outlined a plan to acquire an armed unmanned aircraft to provide an integrated and persistent intelligence, surveillance, reconnaissance and attack capability to support the Australian Defence Force and coalition forces.

The Air Force has been without a MALE UAV capability since retiring the IAI Heron I in mid-2017.

The RAAF had leased three Herons in late 2009 to meet an urgent operational requirement to provide surveillance support to Australian and coalition troops in Afghanistan, becoming the first unmanned aircraft to be operated by the RAAF (the Jinidivik target drone aside).
Click to expand...

There’s a country that has their shit together...

SupersonicMax said:
There’s a country that has their crap together...

Fire Effects Medium Altitude Long Endurance. And it could be referred to
as Ripper instead of Reaper

The US government has cleared the sale of up to 12 General Atomics Aeronautical Systems MQ-9B SkyGuardian unmanned air vehicles to Australia.

The total potential value of the deal is $1.7 billion, according to a Defense Security Cooperation Agency (DSCA) statement.

In November 2019, Canberra downselected the MQ-9B over the MQ-9A Reaper for its AIR 7003 requirement, to be operated by the RAAF.

While the MQ-9B SkyGuardian and MQ-9A Reaper offer similar capabilities, the MQ-9B was developed with cooperation from the US Federal Aviation Administration, allowing it to meet airworthiness certification standards in Australia and globally.
Click to expand... 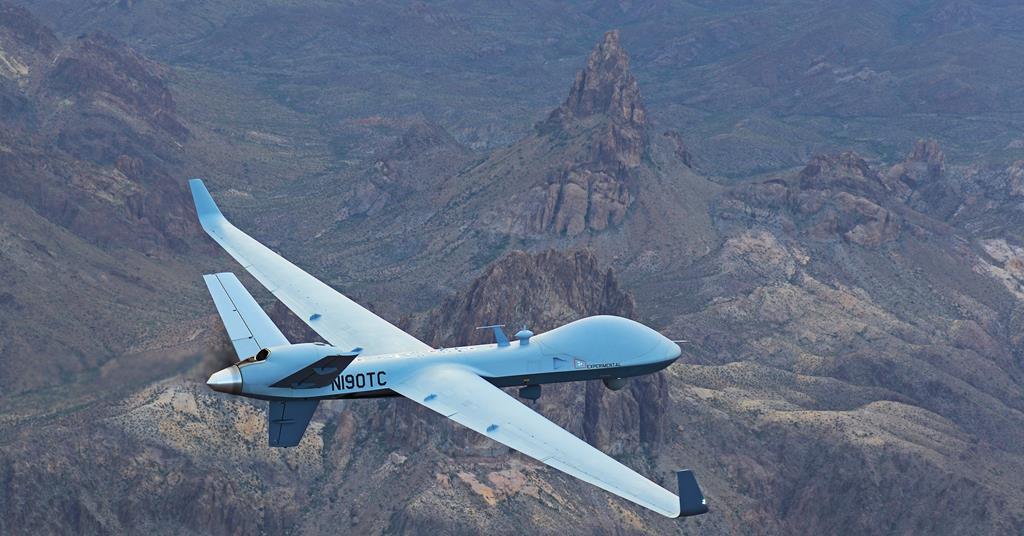 The US government has cleared the sale of up to 12 General Atomics Aeronautical Systems (GA-ASI) MQ-9B SkyGuardian unmanned aerial vehicles to Australia.

I had to check a few sources because of the date. Defence has confirmed the scrapping of the multi-billion-dollar projects to fund its latest investment in new cyber capability. Matt Yannapoulos, associate secretary of the Department of Defence,

I had to check a few sources because of the date.

Defence has confirmed the scrapping of the multi-billion-dollar projects to fund its latest investment in new cyber capability. Matt Yannapoulos, associate secretary of the Department of Defence,

Maybe we can them from the Aussies? Seems to be a trend…

SeaKingTacco said:
Maybe we can them from the Aussies? Seems to be a trend…
Click to expand...

They never got any airframes.
You must log in or register to reply here.