From The Canadian Press:

Cameron Jay Ortis, a senior RCMP official accused of breaching Canada’s official-secrets law, walked out of an Ottawa courthouse Tuesday after being released on bail with strict conditions.

Under the terms, Ortis will have to live with his parents in Abbotsford, B.C., must report to the RCMP once a week and is forbidden from using any device that connects to the internet.

No trial date has been set but Ortis is due back in court in Ottawa on Nov. 5.
Click to expand...

Aaaaand back into custody ...

A senior RCMP intelligence official charged with breaking Canada's secrets law was headed back to an Ottawa jail after a judge rescinded his bail Friday.

Under the terms of bail set last month by a justice of the peace, Cameron Jay Ortis was living with his parents in Abbotsford, B.C., had to report to police once a week and was forbidden from using any device that connects to the internet.

Ontario Superior Court Justice Marc Labrosse said Friday that Ortis would be returned to custody as a result of a review requested by the Crown.

The reasons for Labrosse's decision and details of the Crown's review application, heard last week, are covered by a publication ban.

"The Crown's position was always that Mr. Ortis should be detained," prosecutor Judy Kliewer said following Labrosse's ruling. "I can't say anything more about the case right now because of the publication ban, which is in place in order to protect Mr. Ortis's right to a fair trial."

RCMP officers were waiting Friday outside the Ortis family condominium in Abbotsford.

"We had to ensure that in the event that Mr. Ortis was detained, that there were plans in place to ensure that he was remanded into custody immediately, and we did that," Kliewer said.

"We thought that the justice of the peace's decision was reasonable and the correct one," he said.

The defence wants to see more of the Crown's case against Ortis, Carter added.

"Basically we need to get more disclosure, we don't have all the disclosure yet to analyze the case and begin preparation for defending him against these charges."

Kliewer said the Crown was "continuing with the disclosure process" and would soon move to set trial dates ...
Click to expand...

The RCMP is still trying to figure out if there are gaps in its security policies as one of its own members faces a new batch of charges related to an alleged breach.

He was charged originally in September under the same act, accused of preparing to share sensitive information with a foreign entity or terrorist organization. He's also charged with sharing operational information back in 2015.

Those charges will proceed in Ontario Superior Court by way of direct indictment today, meaning there will be no preliminary inquiry.

At the time of Ortis's arrest — part of an investigation dubbed Project Ace — RCMP Commissioner Brenda Lucki released a statement saying the RCMP would assess the impact of his alleged activities. By virtue of his position, Ortis, 47, had access to intelligence gathered by both Canadian authorities and foreign allies.

A memo sent to RCMP staff a week after his arrest in the fall, obtained through access to information, outlined two internal investigations.

The first is a federal policing post-incident analysis of "organizational behaviours" meant to flag any immediate lessons-learned, says the document.

The force also told its chief security officer to look into whether the organization needs to do more to protect sensitive information ...
Click to expand...

What foreign power was he working with ? As to bail he would be a flight risk and it would be unwise.

The latest:  sorting out how his lawyer can get information without having his client break the law ...

Federal prosecutors are signalling they want to move the national-secrets case against a senior RCMP official behind closed doors, at least temporarily, while they sort out how to handle the very secrets the case is about.

Prosecutor Judy Kliewer said Wednesday the Crown intends to ask that observers be excluded from a March 17 pre-trial hearing in the case of Cameron Jay Ortis, contrary to the usual principle that courts operate in the open.

Ortis, who is being held at an Ottawa jail, made a brief appearance Wednesday in Ontario Superior Court.

The March hearing is intended to address how Ortis’s lawyer, Ian Carter, can communicate with his client about the case without fear of violating the secrets law himself.

“For him to give me information, for me to receive the information, could potentially be an offence under the Security of Information Act,” Carter said after Wednesday’s appearance. “So we need to work out a protocol for how we’re going to do that.”

Carter and the Crown indicated the issue might be resolved without the March hearing.

“It has to do with Mr. Ortis being able to make disclosures about his circumstances to his counsel to prepare for his defence,” Kliewer said.

As a result, the hearing would get into the logistics about how and where those communications can take place, Kliewer said. “The contentious issues about the logistics may concern the very nature of the materials. We might get into some of the weeds.”

Carter said he was “not taking a position one way or another” on the matter until he sees the Crown’s application ...
Click to expand...

Almost a year after an RCMP director accused of leaking secrets was arrested, his lawyer is arguing the Crown is taking far too long to disclose key information.

Cameron Ortis, who served as director general of the RCMP's national intelligence co-ordination centre, is charged with violating the Security of Information Act. He was arrested in mid September and is accused of trying to share sensitive information with a foreign entity or terrorist organization. He's also charged with sharing operational information in 2015.

His lawyer, Ian Carter, said his client remains concerned about the pace at which disclosure is being turned over to the defence.

"By the time disclosure is complete, it will have been essentially a year, or just over a year, which is an extraordinary intake period for disclosure in the case," said Carter during a special sitting this morning.

"The disclosure that remains outstanding is not insignificant. It is not a question of a few final documents that are going to be given. It's substantial."

Crown attorney John MacFarlane said that 5,500 documents have been given to the defence so far, and another tranche of documents is coming Carter's way in late September, which will cover the majority of the disclosure.

"As the parties know, the documents are highly sensitive," he said.

"The disclosure process has been extremely complex, many parties looking at every document before they're being disclosed so that he gets full disclosure, but at the same time sensitive information is protected." ...
Click to expand...

So, here's my question. When you're recruited into the intelligence function in Canada (RCMP, CSIS, CAF) do they have a "second career day" where you get to interview with the Chinese, Iranians and Russians to figure out who'll offer the best bribes to betray your country? 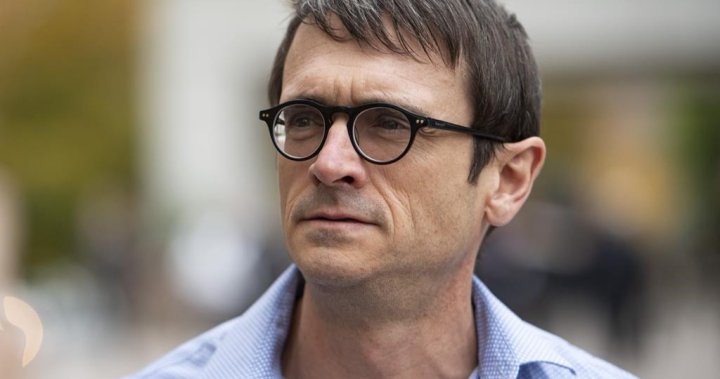 dapaterson said:
So, here's my question. When you're recruited into the intelligence function in Canada (RCMP, CSIS, CAF) do they have a "second career day" where you get to interview with the Chinese, Iranians and Russians to figure out who'll offer the best bribes to betray your country?

I laugh at your post, but in an awkward "ha ha ha...he isn't wrong" kind of way

Thankfully he just appears to be an economic crime dirtbag, rather than a Chinese payroll dirtbag. Hopefully.


If the evidence is there, and due process is followed - and this individual did indeed do what he is accused of. Make an example out of him, and feed him to the wolves.

If you are in a position of authority, you have a responsibility to conduct yourself in a way worthy of that position. We have all seen, far too often, how political and organizational leaders frequently conduct themselves in a way that is sub par. I'm tired of it, and it shouldn't happen. (Can you tell I'm grouchy tonight?)


If the evidence is there, due process is followed, and he did indeed do what he is accused of doing. Screw em'. Make an example out of him, if for no other reason than to regain some credibility with our 5-Eyes partners.

Bumped with a bit of the latest: "RCMP official accused of leaking secrets goes to trial in September 2022"

Another bump: defence counsel wants proceedings stayed/paused to make sure he can get some disclosure ...

... Federal Court Justice John Norris has so far delivered one of three decisions on the disclosure of sensitive information in Ortis' case. In that decision he prohibited disclosure, although his reasons are covered by a publication ban.

On Thursday in Superior Court, Ortis' lawyer Ian Carter said he is seeking a stay of the proceedings on the grounds that his client has the right to a fair trial.

A stay of proceedings puts a hold on a legal process. It can be temporary or permanent.

It's not clear yet whether Carter will seek a total stay in proceedings or a partial stay.

"I am still awaiting additional ... decisions so cannot say for certain until I receive those decisions," he told CBC News in an email ...
Click to expand...

Cameron Ortis, the RCMP official accused of preparing to leak sensitive information, has a new lawyer as his case moves toward a trial date later this year.

Earlier this week, Attorney General David Lametti announced that Ian Carter, who has defended Ortis since his arrest back in 2019, has been appointed a judge of the Superior Court of Justice of Ontario in Ottawa.

Jon Doody, who works at Carter's firm, is taking over Ortis' defence ...

An eight-week criminal trial is scheduled to start Sept. 6 ...
Click to expand...

I have some suspicion about this
You must log in or register to reply here.

6 May 22: "One individual charged with contributing to terrorist activity following an RCMP investigation"