The war waged over recent years on the territory of the former Yugoslavia showed the importance of special units, and accordingly the Yugoslav Army [VJ] Special Forces Corps was formed in August 1992. At the time of its formation, and for a long time thereafter, the corps was an enigma, though over time systematic news reports and media presentations of the corps have revealed details of its organization. The Corps is represented in the Report on the Yugoslav Army prepared for the Subregional Arms Control Agreement, which includes the brigade organization of the corps. Since the Federal Republic of Yugoslavia [FRY] is one of the signatories of the Dayton Agreement, and of the Subregional Arms Control Agreement, the brigades are also defined by that document as objects of inspection.

The 63d Paratroop Brigade, based at Nis, belongs to the airborne units in charge of transport, jumping with various parachuting techniques, usually from aircraft. The factor of surprise with this type of unit is achieved with jumps at night. The 63d Brigade tripled in size during the war in Bosnia, and it participated in a number actions, even though the Federal Republic of Yugoslavia did not officially participate in the war. Several units were stationed in Bosnia during 1993 and 1994 without being properly deployed in actions or in clashes with para-military troops. Although it is called a brigade and should therefore have a strength of from 2,000 to 4,000 paratroops, the number of its members in peacetime is a rather smaller number of volunteer paratroops. Transport is done by the Antonov-26 aircraft, which can take 40 paratroops each (six aircraft go together) and by the Antonov-12 of an older generation (requiring 12 aircraft) that take 100 parachutists each.

The 72d Special Brigade (commandos) is an air force transport brigade equipped with MI-8 helicopters for vertical maneuvers. It currently has fewer members (500) than at the time of its formation in the early 1990s. The 72d Brigade, which was mobilized in 1996 for possible action against the demonstrators in Belgrade, developed from the 63d Brigade, whose members are mostly soldiers bound with a contract.

The Armed Forces of Yugoslavia [VJ] possesses organized special units of the Military Police primarily employed for antiterrorist actions. Such VJ formations are the Sokolovi [Falcons or Hawks] and Kobre [Cobras]. These are the most highly trained units of the corps for antiterrorist tasks, actions, and operations. Their use is regulated by a special document from the chief of the General Staff. The Armed Forces of Yugoslavia have invested significant funds in equipping and arming these special units, including firing silencers, optic-electronic devices for observance and shooting at night, and equipment for temporarily rendering targets helpless. Mobility is provided by special combat and non-combat vehicles.The "Kobra" anti-terrorist unit within the Special Force Corps, consists of two platoons and a total of 60 members, who are trained for activities with unconventional weapons such as crossbows.

All types of units of the Armed Forces of Yugoslavia [VJ] can be used in certain situations against terrorists. However, from the standpoint of organization and capabilities for antiterrorist actions, existing special purpose units of the VJ for antiterrorist and antisabotage activities can be used most often. The first such unit for antiterrorist actions was formed 1978. Members of these units qualified for increased security and the protection of the highest military individuals, and, in certain cases, government officials, and especially for freeing hostages.

Other units of the Military Police for special purposes are qualified for military police missions and the execution of protective, armed (combat) missions both in peace and in war, especially for overcoming resistance and destroying discovered and surrounding sabotage-terrorist, kidnapping, and rebellious groups. These units can act in concert with MUP formations in defensive and preventive actions for controlling people and vehicles at communications facilities, as they were used during the war in 1991-92 in areas of the former Yugoslavia.

Dissatisfaction in the Special Forces Corps is caused by rapidly increasing police forces, which get the best equipment while the procurement process for military equipment takes a long time. Special forces of the Ministry of Internal Affairs of Serbia are also known as "red berets" -- which is especially insulting for the military "red berets". 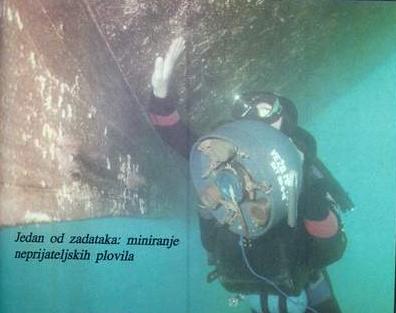 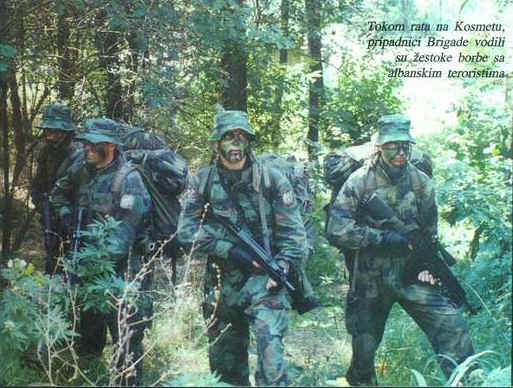 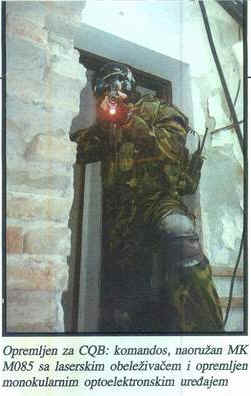 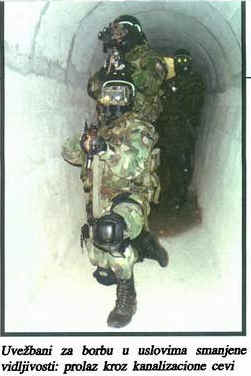 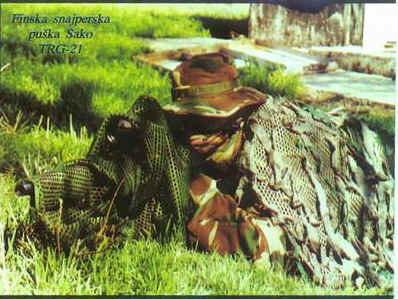