I've done some digging on Google, but haven't found what I would consider a reliable number.

Does anybody know how much has been spent on this Oceanographic Vessel in total? (Including the $453.8 million just announced?)

CBH99 said:
I've done some digging on Google, but haven't found what I would consider a reliable number.

Does anybody know how much has been spent on this Oceanographic Vessel in total? (Including the $453.8 million just announced?)
Click to expand...

Information about the procurement of the offshore oceanographic science vessels for the Canadian Coast Guard.

YZT580 said:
so why the delay issuing the build order?
Click to expand...

No delay, it's just the way these things are done from a contracting perspective. We are now in the correct financial year where the money budgeted to go to the project is available, the design is basically done so Canada can now award the build contract and free up that money. It's basically a gateway for funding.

It sounds weird I know. But that's how contracting works apparently.

Soon we'll be talking real money--$1 billion to build a 4,500 ton civilian ship in Canada that is years late is acquisition malpractice/lunacy:

The federal government has quietly revealed that it plans to pay nearly $1 billion to build a new ocean research vessel for the Canadian Coast Guard whose original cost was supposed to be one-tenth that amount.

The new cost estimate for the offshore oceanographic science vessel represents the latest blow to Ottawa’s multibillion-dollar plan to build new ships for the Royal Canadian Navy and Coast Guard, first revealed more than a decade ago and beset by problems ever since.

It also sets the stage for what is likely to be a difficult week for the government as Parliament’s budget watchdog and the federal auditor general prepare to release separate, highly-anticipated reports on the plan’s actual costs and problems [CSCs].

The federal procurement department revealed the new $966-million price tag for the science vessel on Friday, quietly posting the new cost online on the same day it officially awarded Vancouver-based Seaspan Shipyards a contract to build the ship.

That represents a nearly tenfold increase over the original plan to spend $108 million to replace the Coast Guard’s oldest and largest research ship, the CCGS Hudson, when the project was launched in 2008.

It is also three times the government’s most recent estimate in 2016, when Ottawa predicted the vessel would cost $331 million. Coast Guard spokesman Barre Campbell said officials knew at that time that the agency would need more money.

“As the project has progressed and moved closer to construction, the estimated project cost has been updated to reflect the value of negotiated contracts and actual costs incurred, and has been reviewed independently by expert third parties,” Campbell said in an e-mail.

In addition to cost overruns, the project has been plagued by delays. The vessel was supposed to have been delivered by 2017-18, but design and technical problems have pushed that date back until at least 2024.

In the meantime, Ottawa has been forced to sink more money into the Hudson to ensure the Coast Guard has an ocean research ship... 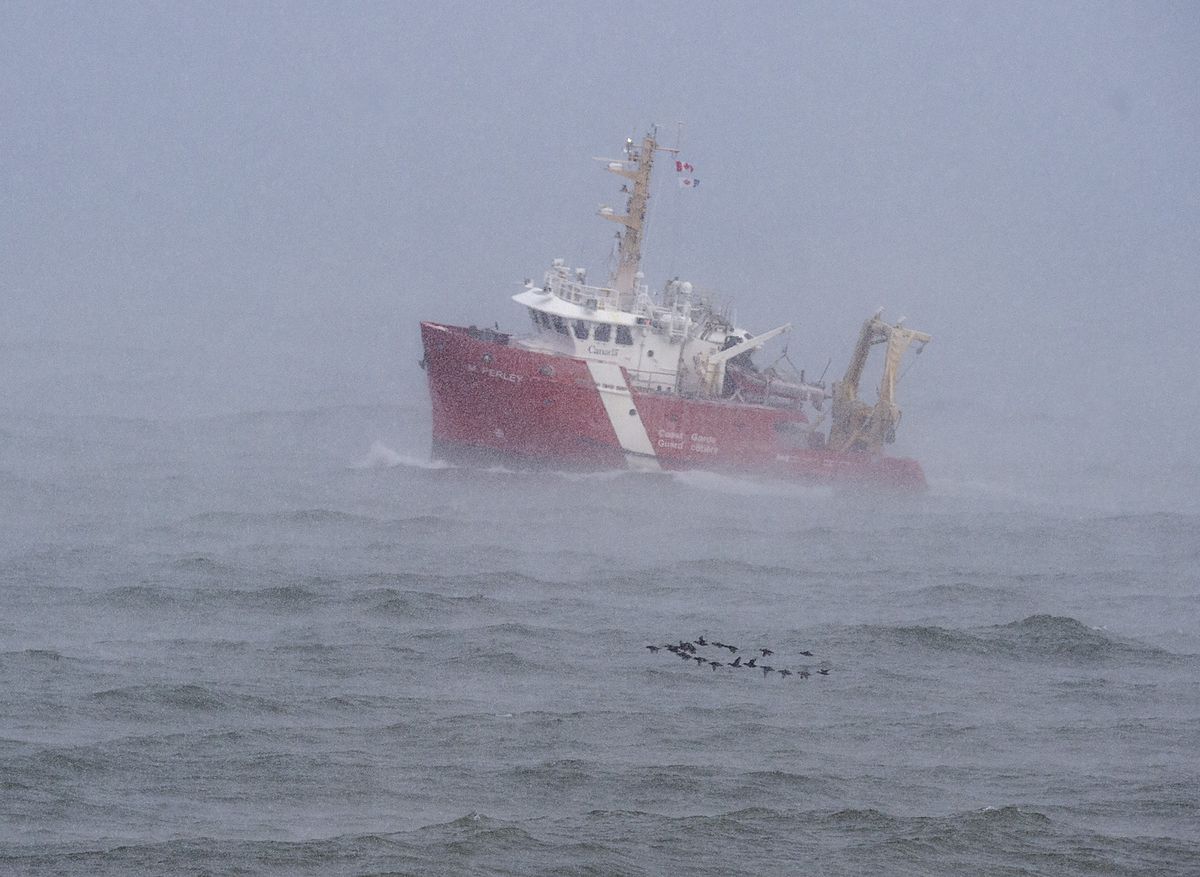 The cost over runs on these projects is getting ridiculous, but they are to big to fail.

Is this another case of "all in costs"?
C

$1 billion to build one science ship seems absurdly stupid on the preface... but the project budget was $966 million, so I'm assuming (aka hoping) that there is a lot more included in that amount than just the ship.

Obviously labour & materials since we are building locally, so a decent chunk of those costs will be returned to government coffers via income taxes, collecting GST, etc etc.

I'm curious to see if this is the 'all in costs' as Colin P asks above also.

It's a bit different to see these costs compared to the CSC as it's just one ship, not many ships built over a decade.

It's all-in costs. It's the way the Fed gov't does accounting since Harper. I don't understand why but I assume it's for more accountability.

Underway said:
It's all-in costs. It's the way the Fed gov't does accounting since Harper. I don't understand why but I assume it's for more accountability.
Click to expand...

It’s for full program cost transparency. No surprises, and full impact to the government’s fiscal framework is seen and acknowledged.

It`s a recipe for problems if they don`t break down the costing though. Frankly I don`t think it`s a worthwhile exercise unless it's a brand new capability. Your already running a similar sized ship, unless there is either a massive savings or a massive increase in costs, it just makes Canada look bad and makes it near impossible to sell ships overseas.

Colin Parkinson said:
It`s a recipe for problems if they don`t break down the costing though. Frankly I don`t think it`s a worthwhile exercise unless it's a brand new capability. Your already running a similar sized ship, unless there is either a massive savings or a massive increase in costs, it just makes Canada look bad and makes it near impossible to sell ships overseas.
Click to expand...

Key thing is apparent ten-fold increase in cost estimate from 2008, then three-fold increase from 2016 (less than five years ago) , with no ship for several more years. Not a Good Look.

And I doubt that any ship types made under the shipbuilding strategy will ever be sold abroad, for evident cost reasons. In any event Irving and Seaspan will have no available building capacity for around a couple of decades even to try to sell abroad--and Davie?

The problem is that these figures get quoted without context and it damages every Canadian shipyard and associated companies reputations and builds in a obstacle that needs to be overcome in a tight market. Canadian Naval Architects are successfully selling designs around the world, as well as marine technology companies. At one point we were the world leaders in commercial/tourist submarines, both in sales and technology. We do a crappy job of marketing ourselves and politicians will throw industries under the bus for a few votes.

The NSPS goal was never to sell ships abroad. That's a difficult thing for even heavily subsidized yards like the French/Italian ones. Very few yards are doing this. And if they do there are aften national geopolitical connections (France sells discounted to Algeria etc...) Either way, I expect ISI to be fully busy with CSC for the next 20 years building Canadian ships. There isn't much excess capacity in their yard for the injection of other contracts (unless its an AOPS at the end of the current run). VSY is similarly backed up for a while.

Canada also doesn't have any geopolitical allies that we might want to discount sell to. This is classic security capacity-building politics, sell a cheap patrol boat to a Carib nation to build their capacity. We did this to get rid of all our legacy armoured vehicles, donate/sell cheap to African nations on peacekeeping missions. I can perhaps see that as an option, but only if we pay for it somehow.

Irving strikes again I wonder? This is the 2nd Hero Class completely out of service, although the first one was due to sabotage and not related to the build. Also surprised they have no soft patch designed in.
https://www.cbc.ca/news/canada/nova...q3LMO5gum0K85VjVgHuZm3FMOd4bd-NbFcXNCrh-gznU8
Y

They don't make the engines and it was an internal failure due to perhaps poor maintenance. The question in my mind is who has the contract for service

YZT580 said:
They don't make the engines and it was an internal failure due to perhaps poor maintenance. The question in my mind is who has the contract for service
Click to expand...

Given the other problems with the class, I’d say poor design.

Seaspan to cut steel on offshore science ship this month​

Workers at Seaspan’s North Vancouver shipyard will be cutting steel on a new offshore ocean science vessel this month, following the recent signing of a contract with the federal government to build the ship for $454 million.

Seaspan expects to cut steel to begin building the ship by the end of March, said Amy MacLeod, vice-president of corporate affairs and external communications for Seaspan.

Delivery of the ship is expected in 2024.

The offshore ocean science vessel is the third type of ship being built at the local shipyard under the federal government’s national shipbuilding strategy.

The new ship will replace the current Canadian Coast Guard vessel Hudson, its oldest and largest science vessel. The ship will be capable of conducting multiple tasks, including oceanographic, geological and hydrographic survey missions.

Science ship will include a floating lab​

“It's not just a vessel. It has a full high-end research laboratory on it as well, so it’s quite a sophisticated ship,” said MacLeod.

At about 88 metres in length, the ship will be about 30 per cent larger than the earlier three fisheries ships built at Seaspan.

Work on the ocean science vessel will start while construction on the first massive navy joint support ship is still ongoing at Seaspan.

Work on that ship is “well advanced,” said MacLeod. “It’s an imposing ship. You can’t miss it.”

The ships are expected to keep approximately 1,300 people working at Seaspan. “The goal is continuous employment,” said MacLeod.

With a total budget of $966.5 million, the ocean science vessel is now expected to cost almost over six times more to build than the $144 million originally projected over a decade ago.


“Today, we've got a much, much more robust and reliable understanding of the time and effort and expenditure to build these vessels and also to design them,” said MacLeod.

“Those early estimates, they might not have been as informed as they could have been.”

The federal government has already paid Seaspan to work on the design and engineering of the ocean science vessel under another contract.

MacLeod added that not all of the project budget is for the design and building of the ship... 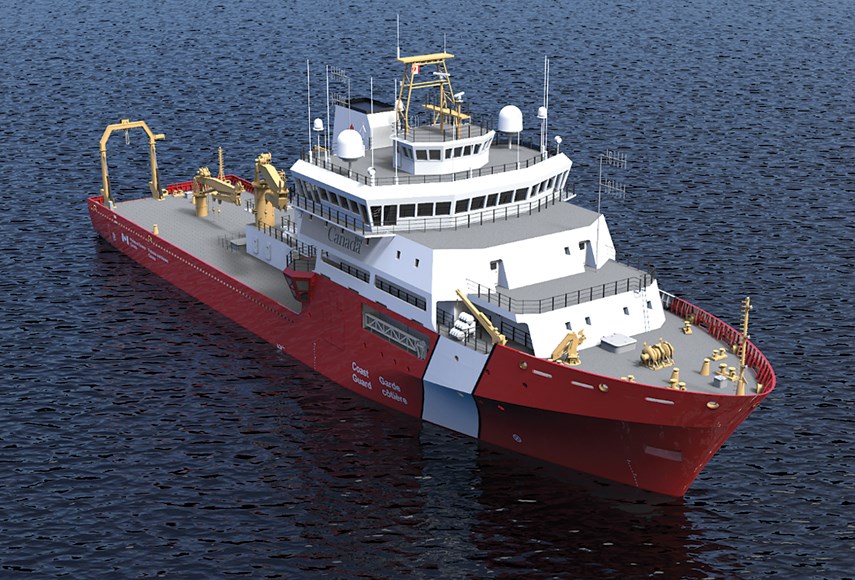 Seaspan to cut steel on offshore science ship this month

As someone said way way waaayyyyy upthread - we are only 3 or 4 years into about a 40 year plan, and each government department seems to use it's own unique accounting methods, so the numbers are rarely accurate.

However, just from my own "VERY UNINFORMED" opinion - based on chat here on the forum, communications put out by the yard's PR team, and the ships that are slowly coming online. Seaspan seems to be finding it's groove.

Even just to hear them acknowledge something as simple as "This is a new kind of ship, and today we have a much better understanding of the timing & costs involved in designing a ship. So early estimates probably weren't as well informed as they could be, etc etc" - gives me hope, as it seems like there was a learning curve (which wasn't their fault at all) and with that experience is coming more efficient ways of doing things as we move forwards.


I'm not a fan of Irving. Wasn't really specifically a fan of Seaspan either. (As an Alberta guy, I just haven't really been exposed to shipbuilding at all.) But over the course of the NSS gaining it's momentum, Seaspan seems to be finding it's groove. (And to be fair, Irving too, as they are putting AOPS in the water faster than I anticipated.)

I am not a really big fan of the Hero Class, they give up to much for speed and don't really suit the CCG mission well, I call then R Class 2.0 (Showing my age the R class went out of service in the 90's) but they are just a bit of an improvement on what that class did.
C

True. And they did have some pretty embarrassing problems when they first entered service.
You must log in or register to reply here.