Masters Of The Air (Apple TV+) 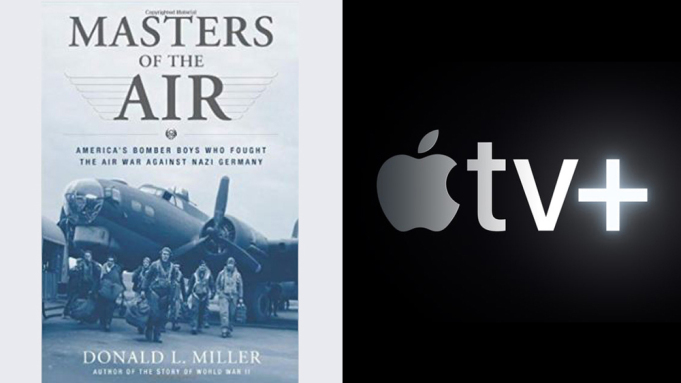 'Masters of the Air,' which was originally developed for HBO, will be the third story in the WWII saga from Steven Spielberg and Tom Hanks — and the first show the tech giant will actually own.


Steven Spielberg’s Amblin Television and Tom Hanks and Gary Goetzman’s Playtone have made a deal with Apple for an event limited series based on the Donald L. Miller book Masters of the Air: America’s Bomber Boys Who Fought the Air War Against Nazi Germany. It is a follow-up to their Emmy-winning World War II HBO miniseries Band of Brothers and The Pacific.

The book tells the story of the American bomber boys in WWII who brought the war to Hitler’s doorstep. It becomes the first series greenlit with Apple serving as the studio as the company is joining major streamers like Netflix and Amazon, which also produce and own content. Deadline hears that the miniseries will be more than eight hours in length, and that it will cost well north of $200 million to produce.

Spielberg, Hanks & Goetzman originally developed Masters of the Air at HBO, which had long been the home for the trio’s WWII historical work. It was envisioned as the final chapter in a trilogy, following Band of Brothers and The Pacific. Those two minis garnered a total of 43 Emmy nominations and 14 Emmy wins including Outstanding Limited Series for both of them.

However, HBO ultimately left the historical WWII event miniseries space. Masters of the Air eventually moved to Apple, which is building its programming portfolio and is better situated to make the requisite financial commitment.

Orloff adapted two Band of Brothers episodes from the Stephen Ambrose book. The author was a consultant on The Pacific.

This is the second statement-making deal in the latter part of this week for Apple, after its multi-year commitment to be the exclusive TV home of Oscar-winning Roma and Gravity director Alfonso Cuarón.

Masters of the Air will stream exclusively on Apple TV+, and it becomes the second project there for Spielberg after the anthology series Amazing Stories. The series will join Apple’s growing offering of sweeping international drama series including Pachinko and Shantaram.
Click to expand...

It's a story worth telling. Especially considering of all the branches of the American armed forces, only their submarine crews in the Pacific had a higher fatality rate.

( The Canadian survival rate in Bomber Command was only matched on either side by the German submarine crews. )
You must log in or register to reply here.

New miniseries about inception of the SAS

J
Do you think that the Devil in tv show "The Bible" looks like Obama? Some do.