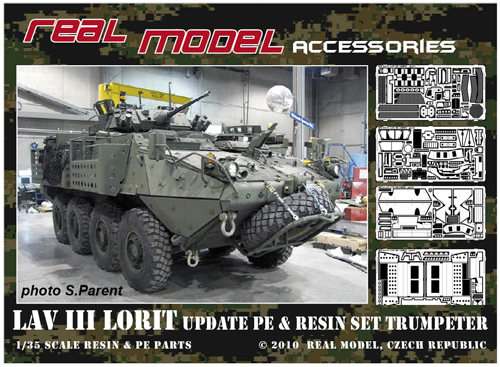 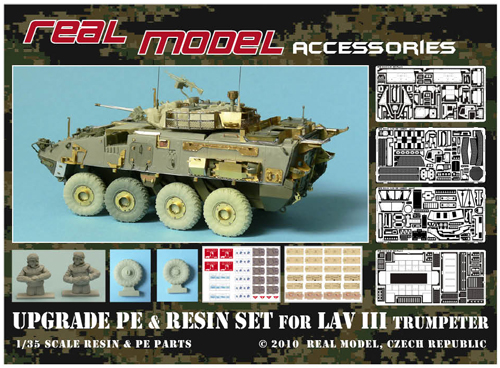 I picked up the LORIT conversion for the AFV Club Stryker kit.
Real Model 1/35 scale LAV III LORIT. Item No. 35144

The LAV-III entered Canadian Forces service in 1997. The initial contract was for 240 vehicles, but over the years the contract was expanded to bring the total up to 651 vehicles. Although similar in appearance to the Stryker, the CF LAV-III is armed with a 25mm M242, a 7.62mm coax GPMG, and a turret roof mounted GPMG or LMG.

The LAV-III LORIT (LAV Operational Requirement Integration Task) represents the most current version of the LAV-III fielded by the Canadian Army. The LORIT project centered on survivability upgrades for the LAV-III, including additional belly armour, and a revised seating system to mitigate lower limb injuries from the “oil canning” effect on the hull after an IED blast. But the most obvious feature of the LORIT has really nothing to do with survivability – it’s the four large stowage bins mounted on the hull, 3 on the right side and one on the left side. These bins were added on to permit crews to store extra water, rations, camouflage nets, fuel and other items without having to create ad-hoc stowage frames built from items such as 6’ metal fence pickets and HESCO-bastion chain link mesh.

Real Model from the Czech Republic has released a resin and PE conversion based on their earlier LAV-III set with the additional parts to make the LORIT.

You will need a base kit of the AFV Club Stryker, as the conversion relies on the AFV Club lower hull, suspension, and a few hatches. I believe all the AFV Club lower hulls are generic, so buy the cheapest one you can find. I picked one up from an on-line retailer in China that frequently runs sales on AFV Club for $19 USD. Real Model also makes a LORIT conversion for the Trumpeter LAV-III, though it is less detailed and suffers from the inherent dimensional flaws of the Trumpeter kit. The Real Model Trumpeter LORIT conversion is, however, less expensive.

The resin parts included in the kit are the upper hull, turret, wheels, smoke grenade launchers (pre-cast in the cruciform configuration) spare wheel, wire-bending jig, GPMG, ammo cans, and various antennas. The resin is sharp, well-cast, with finely moulded anti-slip surfaces where appropriate. There is a thin flash present on some parts, and the belly armour is not included, though I reckon this could be made with a sheet of .040 P-card. A fluted metal barrel with brass flash suppressor from Barrel Depot is also included in the set. You will need to supply your own 1mm brass wire to fashion the turret basket and 1.5mm thick styrene sheet to provide the correct thickness for the PE armour.

Two sheets of printed card stock will generate a lot of bottled water boxes and IMP/MRE to fill out the stowage bins. These accessories are printed in very high resolution, unlike some from other manufactures which look like blurry photocopies, to the point where you can read the expiration date on the MRE boxes. Small note: the IMP (Individual Meal Packets) include the correct colour coded lettering for Breakfast, Lunch, and Dinner menus, so your LAV crew won't be stuck with 96x Chilli Con Carne's for their next diorama.

The real star of this set is the 6 sheets of photo etch. I must admit, I was a little overwhelmed by the amount of etch included! However, two of the PE sheets are mostly devoted to the 4 large stowage bins, while another two cover the add-on armour for the lower AFV Club hull. That still leaves a couple hundred PE parts, so you’ll want to be comfortable working with PE before taking on this kit.

The 11-page instructions are picture-driven and use call outs for the sequence. Anyone who has used an Eduard PE set will be familiar with the style. Colour photos of the competed kit before and after paint are included. You can also check out the Real Models website, where the owner has kindly posted a blog of his LORIT build. I visited the site and saved many of the in-progress images which I then printed them out full size on 8-1/2 x 11 paper to augment the kit instructions. You can follow this link to see the page:

At 110 Euros, this is what I think most would consider an expensive kit. However, given the quality of the resin, the 6 sheets of etch, the metal barrel, and the printed card stock, I think it represents good value and will build into an exceptionally detailed replica. The LORIT is available direct from Real Model and from good hobby shops. 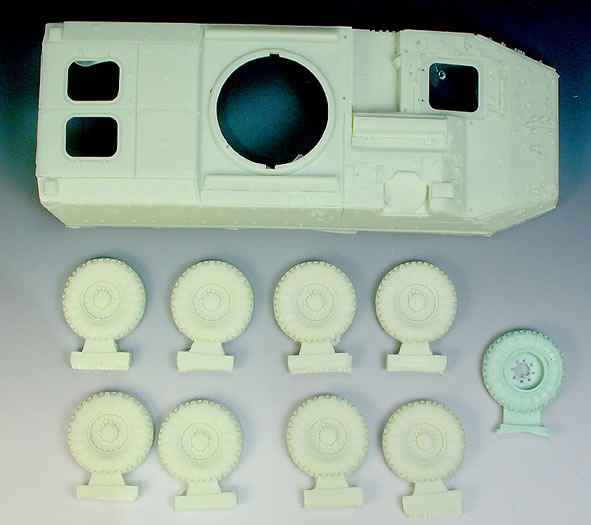 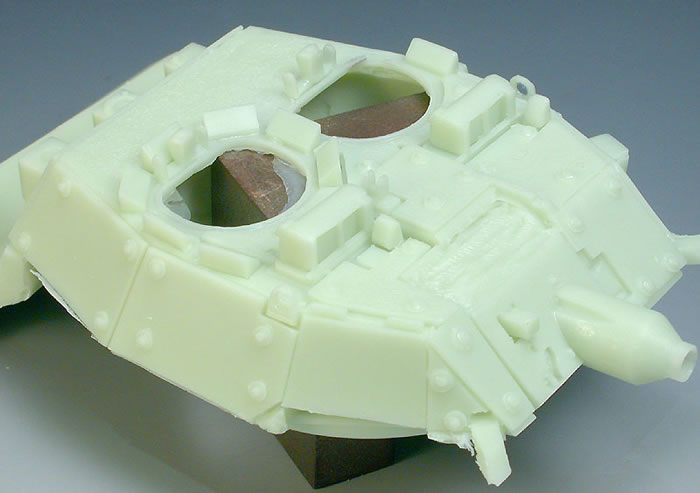 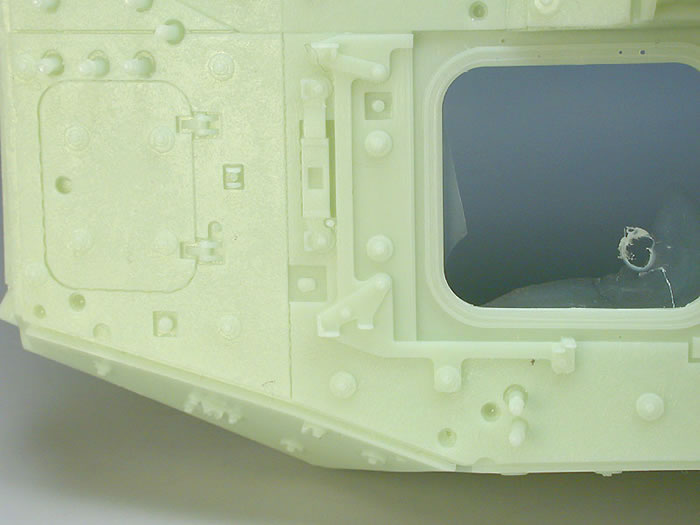 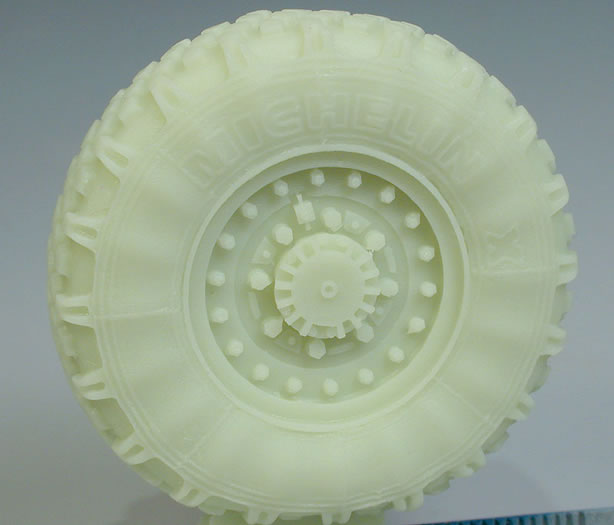 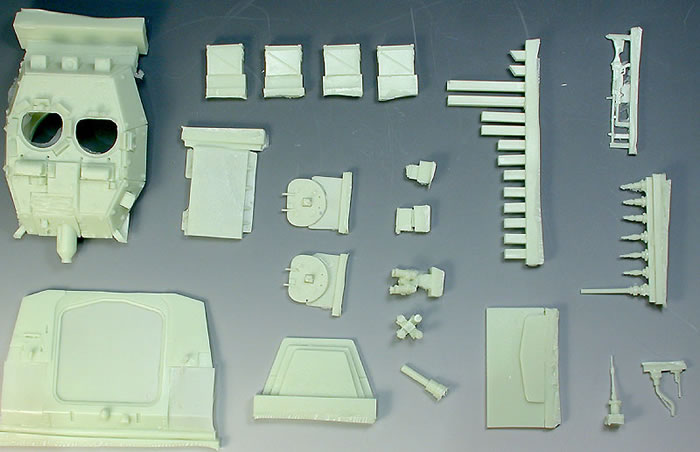 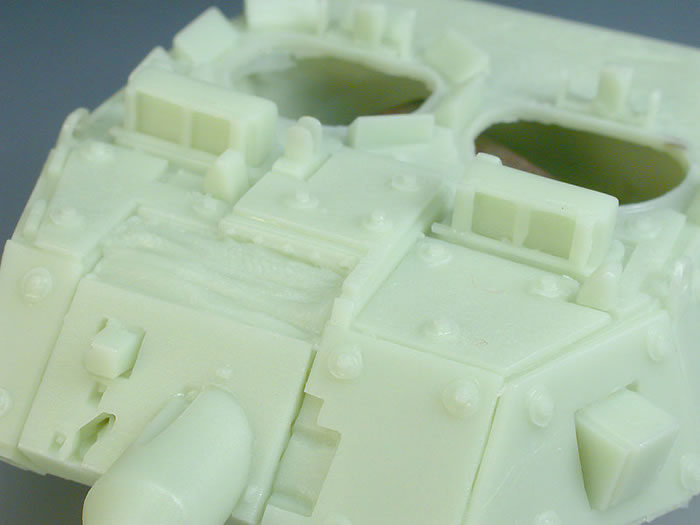 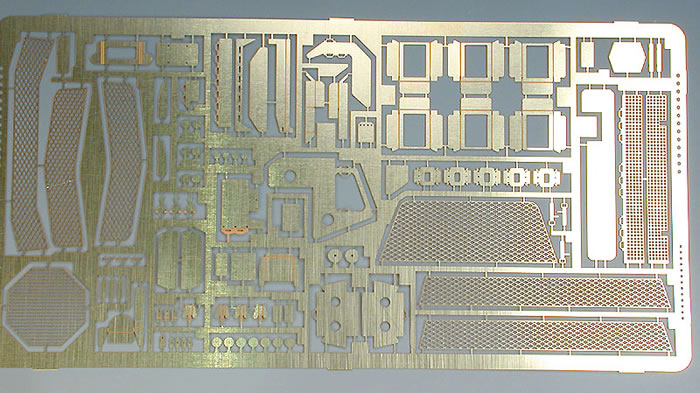 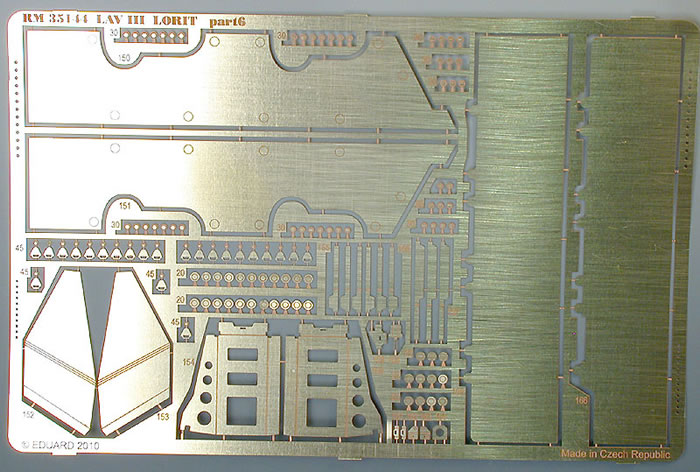 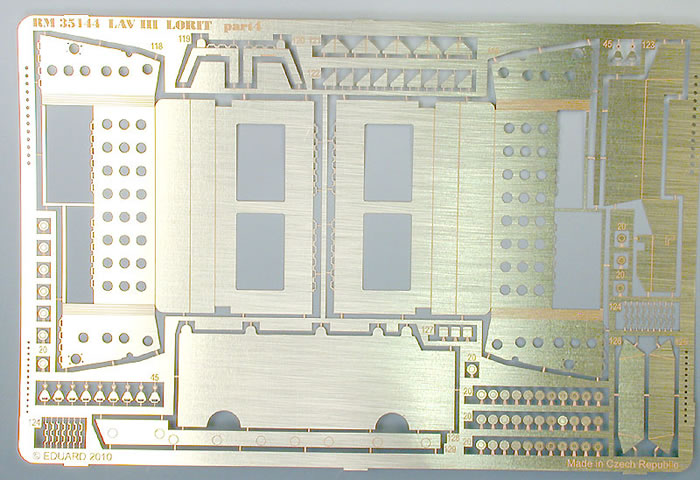 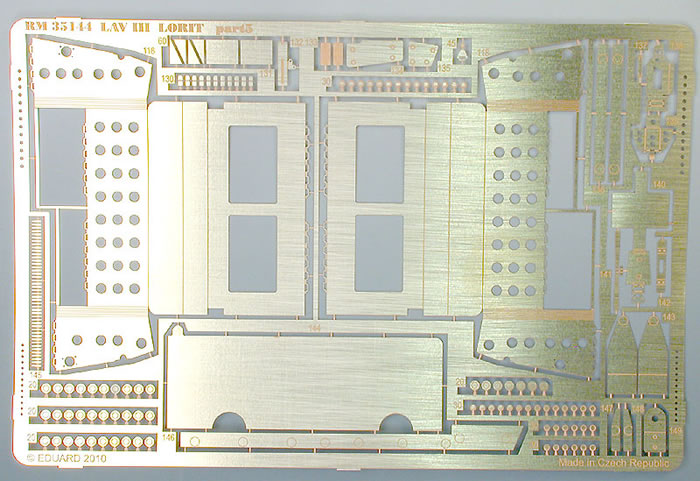 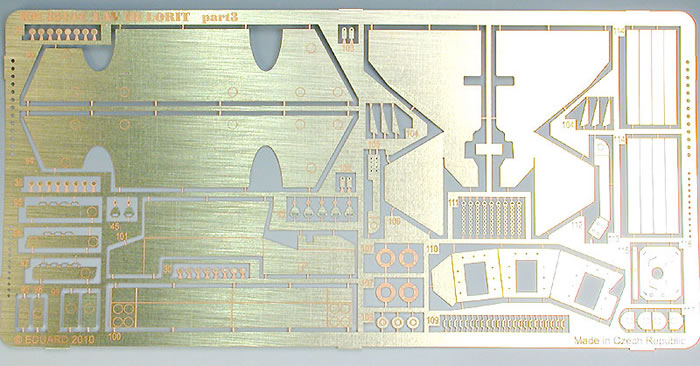 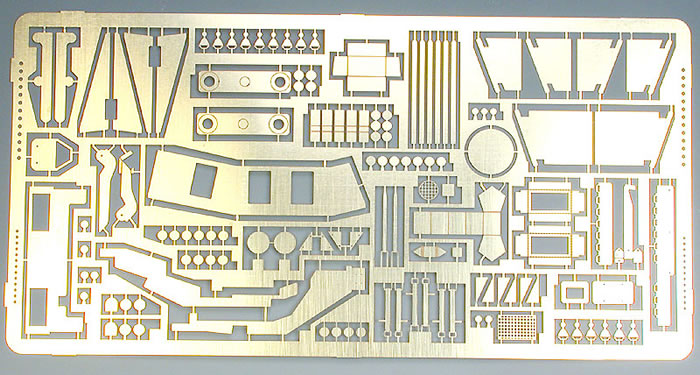 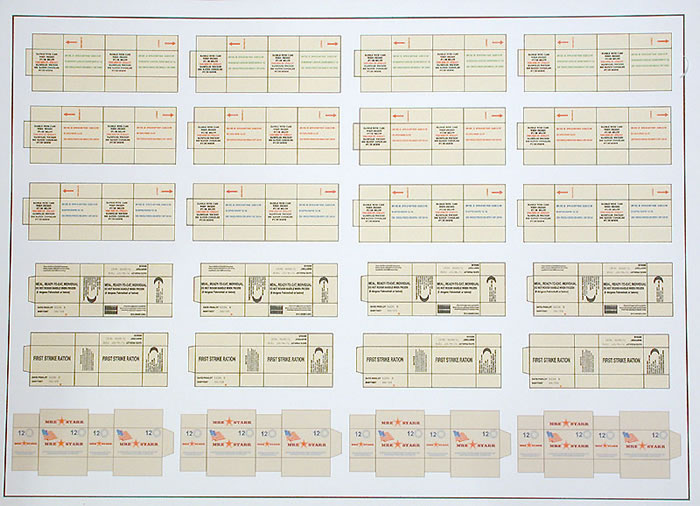 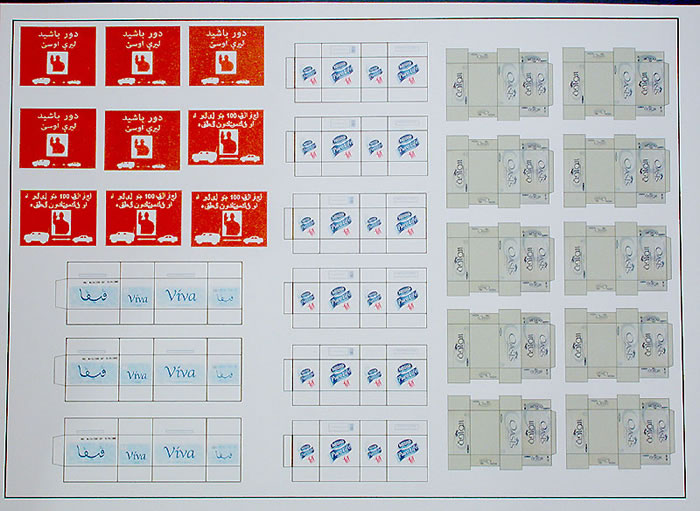 What to Do With Contrarians?

What It Means to Lead in a Multipolar World