India’s military chief, 12 others are killed in helicopter crash

It said in a tweet that the helicopter “met with a tragic accident.”

The dead included Rawat’s wife. It said one air force officer, Group Capt. Varun Singh, survived and is being treated in a military hospital.

The air force said the Mi-17V5 helicopter was on its way from an air force base to the army defense services college when it crashed near the town of Coonoor in Tamil Nadu. The reason for the crash was not immediately known.
Click to expand... 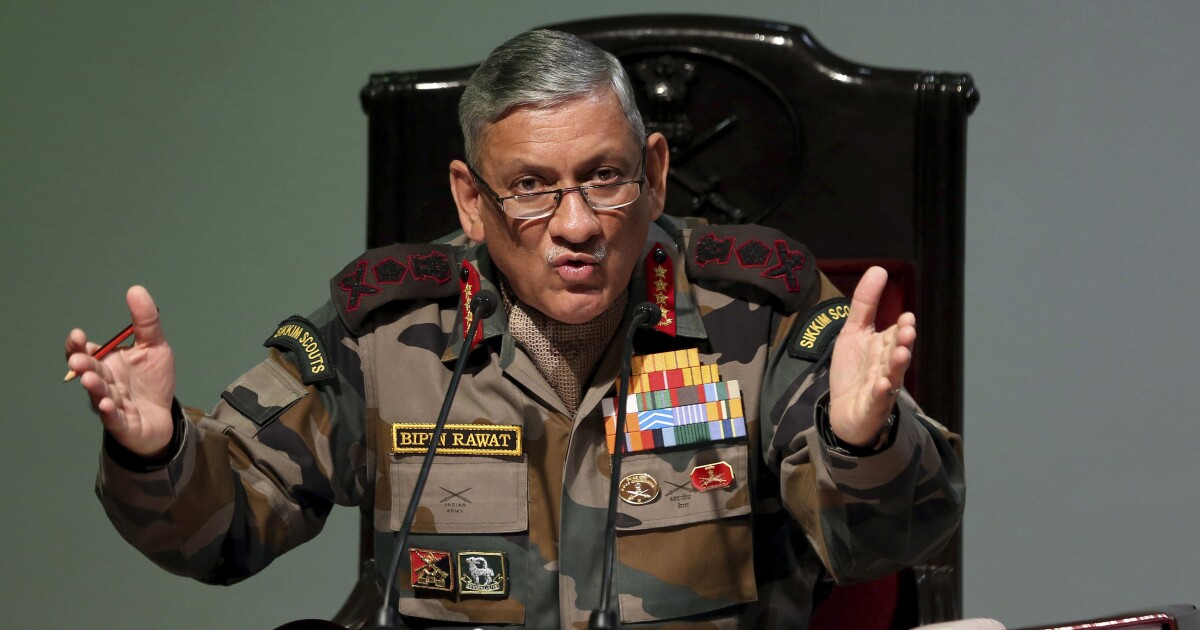 India's military chief, 12 others are killed in helicopter crash

India’s air force says the country’s military chief, Gen. Bipin Rawat, his wife and 11 others were killed in a helicopter crash in Tamil Nadu state.

A loss no matter, but by all accounts I’ve ever heard, Gen Rawat was a solid leader and soldier.

RIP to all lost.

Very classy of the CDS.

My condolences to the families and colleagues.
You must log in or register to reply here.