Sounds like the Nootka Island Trail, not the WCT...


The Kingston-class vessel was conducting Search and Rescue (SAR) Zone patrol with the Canadian Coast Guard (CCG) when a call came for help about a male hiker in his 20s at 6 p.m. at Tongue Point, Nootka Island, in a radio transmission from a Joint Rescue Coordination Centre (JRCC) of Victoria.

Sub-Lieutenant (SLt) Martin Hagen, Naval Warfare Officer in HMCS Yellowknife, said the hiker was not local and unfamiliar with the tides and dangers of the area.
“The hiker ultimately decided to hail the Canadian Coast Guard rather than risk warding off wolves and other wild animals while waiting for the next sea taxi to arrive in three days,” SLt Hagen said.

According to him, the hiker was unable to reach the last ferry sailings off the island. Given the hiker’s original plans, he was not equipped for staying in the cool and wet weather conditions, and lacked the necessary equipment to make a safe shelter for the night.

The hiker was suffering from a hand injury and mild hypothermia. He was treated and then transported to a CCG Rescue Boat, which took him to Gold River for the trip home.

“Many people who hike the West Coast Trail are overcome by events and do not prepare adequately,” Lt(N) Scott said. “HMC ships regularly patrol SAR zones and are more likely to respond to these sorts of rescue calls.” 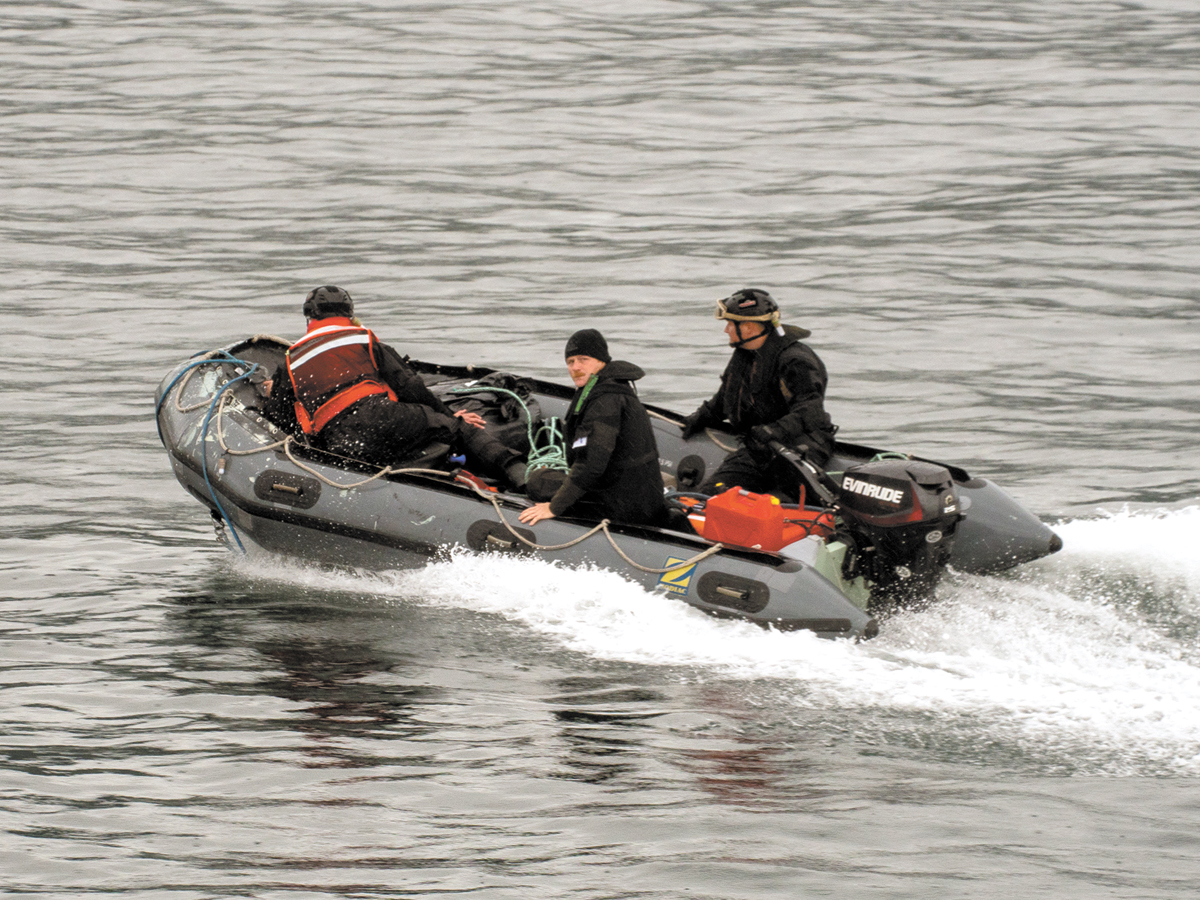 The crew of HMCS Yellowknife rescued an injured hiker stranded on a remote island off Western Vancouver Island on Aug. 15.

However, the scarcity of detail about the "ill-prepared" and injured hiker left me wondering. How was the JRCC contacted? Assuming that Nootka Island likely has no cell coverage, had the hiker been sufficiently prepared with alternate (and effective for that trek) comms in case of emergency? Maybe he was adequately prepared after all.

Possibly a SPOT device, they are very common now. Back in the 90's we had our first person we rescued off of Brooks Peninsula who had borrowed an EPRIB for their trip. It certainly helps remove the "Search" from SAR.

Speaking of which, another step to less searching by John Konrad (gCaptain) Today at a launch event in California, Apple announced they built emergency satellite communication it’s calling “Emergency SOS” into the new iPhone 14. Carried by all...

So many unprepared hikers, paddlers, and sailors in need of help. Glad the help got there before it was really bad or no longer a rescue but a recovery. Good job.
You must log in or register to reply here.

How Ottawa abandoned our only Arctic port