Anatomy of a rescue: How heroic strangers saved injured Surrey family from a mudslide​

It was a struggle for the determined dad and nurse to carry the 6-foot-2 teenager over the many mounds of debris lying between the van and a life-saving rope.

A 15-metre rope dangling down the embankment had been tied to a utility pole at the top by another stranded motorist, an infantry soldier with the Rocky Mountain Rangers, a Canadian Armed Forces reserve unit. 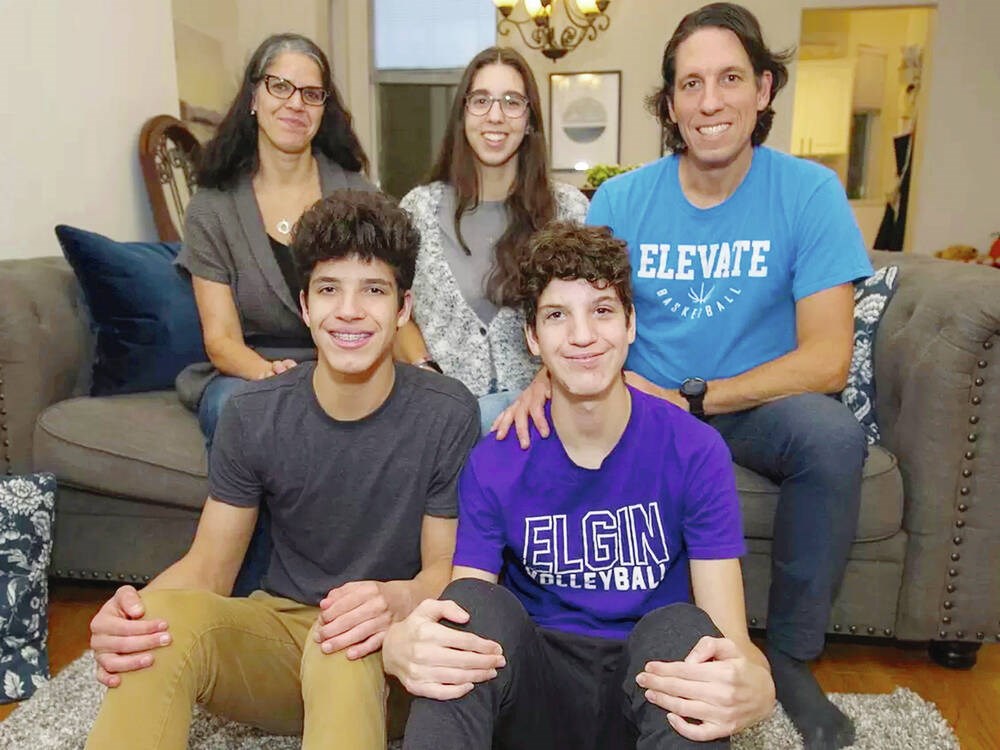 Anatomy of a rescue: How heroic strangers saved injured Surrey family from a mudslide

Here’s an opportunity for the H&A system to prove itself. Bloody good work.

Serious question for a second, if a large scale mud slide say blocked a river and started to form a new lake, would we restore the river or let nature takes its course?
B

MilEME09 said:
Serious question for a second, if a large scale mud slide say blocked a river and started to form a new lake, would we restore the river or let nature takes its course?
Click to expand...

Probably would depend on the infrastructure/human impact.

Well, no-one has seriously tried to restore Outram Lake to its original configuration... 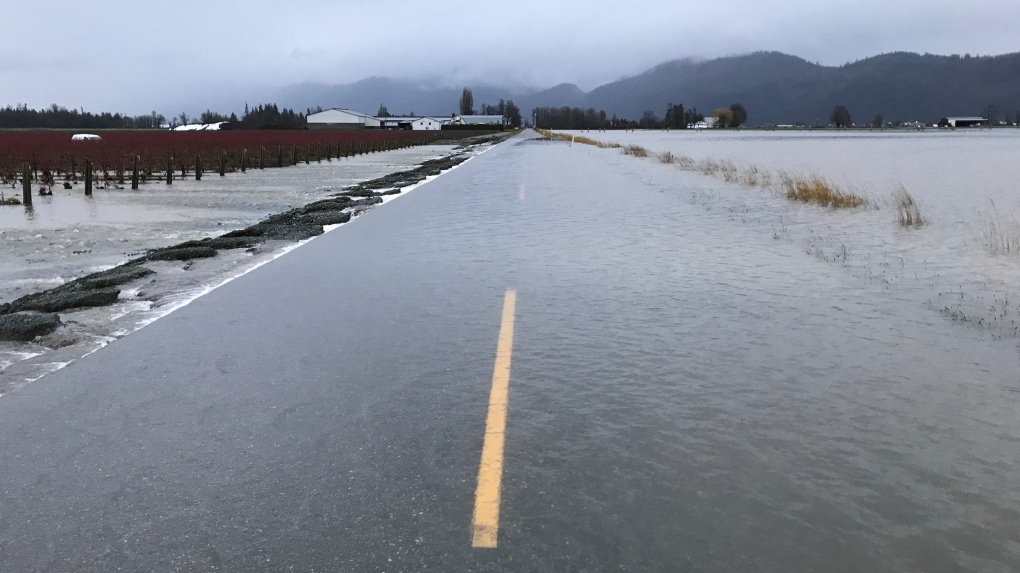 The Nooksack River in Washington state has overtopped its dike, and the City of Abbotsford is expecting floodwaters to cross the U.S. border, Mayor Henry Braun said Sunday afternoon.

Nooksack river has broken its banks, and dikes, flood waters to hit Abbotsford this afternoon. At this point we can only hope the reinforcement done will be enough, with more rain on the way, this is about to get much much worse.

Only thing missing now to make this go even more south is an earth quake.

The Nooksack River in Washington state has overtopped its dike, and the City of Abbotsford is expecting floodwaters to cross the U.S. border, Mayor Henry Braun said Sunday afternoon.

Nooksack river has broken its banks, and dikes, flood waters to hit Abbotsford this afternoon. At this point we can only hope the reinforcement done will be enough, with more rain on the way, this is about to get much much worse.

Only thing missing now to make this go even more south is an earth quake.
Click to expand...

And the 'record breaking' storm coming in on Tuesday is almost as big as the bad one last week: 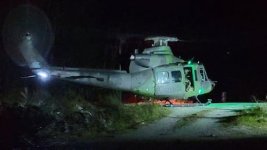 Time to dike the border and direct all the water west? Army reserves to the rescue

It was gratifying to see personnel of the Canadian Armed Forces being credited for their work in mitigating flood damage in the Greater Victoria area.

It would have been more so if they had been identified as members of local army reserve units, and specifically 5th B.C. Field Regiment, the Canadian Scottish, 39 Service Battalion, 11 Field Ambulance and 39 Signals Regiment who, with their forebears, have volunteered their time to face down local and national emergencies for more than a century.

The federal government has withdrawn all its full-time army units from this province, so when the call comes to “send the army” to fight fires, floods, or insurgents in Afghanistan, it is these folks who leave their comfortable civilian existence to do much of the heavy lifting. Many have full-time jobs and family commitments and may even be your neighbours.

Their compensation has improved in recent years, but it’s not extensive. Most will not admit it, but loyalty to the nation and their units provide the bulk of their motivation.

Recognition by the community as represented by its media is also important because if these part-time soldiers were not there, neither would we be. 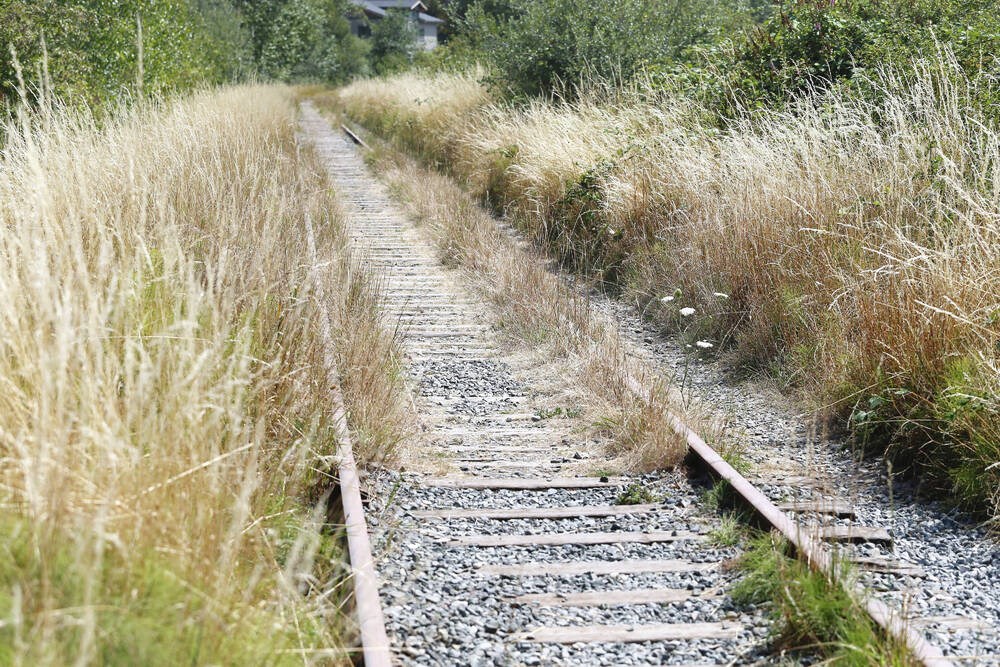 Island rail corridor a permanent solution The recent closure of a section of the Malahat highway underscores the need for more effective transportation planning.

Over the past year, British Columbians have had front-row seats to the grim reality of climate disasters.

At least 599 people have died due to climate emergencies — 595 from this summer’s extreme heat, two to wildfires and one reported so far from this week’s flooding with the toll expected to rise once flood waters recede and crews search through the debris.

Some 17,775 people were evacuated as of mid-week due to impacts from the flooding – of British Columbians have evacuated farms, towns and cities ahead of fires and floods. Hundreds more have had bags packed ready to go.

The disasters have been epic.

The town of Lytton was obliterated, burned to the ground as wildfires ravaged an area roughly 1.5 times the size of Prince Edward Island, nearly 8,700 square kilometres.

For several days, Vancouver — Canada’s third largest city with one of North America’s busiest ports — was cut off with both road and rail links severed. Merritt’s 7,100 residents fled as the water rose.
Thousands of farm animals have perished after barns and fields turned into pools and lakes.

The full economic impact of these catastrophes will take months to tally. It will take much longer still to repair critical infrastructure and people’s lives.

All that is left undiminished during this terrible year is people’s selfless willingness to help strangers and the ingenuity they’ve employed to provide it.

We’ve learned new language to describe events from heat domes to atmospheric rivers even as we’ve started to run out of words to describe their effects. Unprecedented, extraordinary, disastrous, catastrophic are losing their power as descriptors.

Soon, we must surely run out of patience with the policy-makers who have fiddled too long while the province was on the brink of bursting into flames only to be drenched to the point of drowning.

Why is there no seemingly operable alert system? Where are the Canadian Armed Forces helicopters, Zodiacs, inflatable rafts, backhoes and other desperately needed equipment? Why has it been left to farmers and friends in aluminum boats and on Sea-Doos without proper protection to try to rescue people and livestock from the polluted flood waters?

Most urgently, we need plans for how to deal with the next fires, heat domes and atmospheric rivers.
The tragedy is that British Columbia started out well enough.

In 2007, it was the first jurisdiction in North America to introduce a carbon tax in recognition that Canadians per capita emissions are among the highest in the world.

B.C. committed to reduce greenhouse gas a third by 2020 and 80 per cent by 2050. Other promises ranged from the exemplary to somewhat silly — new investments in clean energy, net-zero deforestation, a carbon-neutral public sector by 2010 and the greenest Olympics ever.

It’s not that anyone believed then or believes now that Canada alone can reduce emissions enough to slow rising temperatures. But at least back then, British Columbia and Canada were at least trying to lead by example.

Except, we kept rearranging landscapes and building, and building, to accommodate an influx of a million people.
Within a decade, things were off the rails.

In 2018, the auditor general reported that climate risks were not being properly managed, that B.C.’s temperature was increasing faster than the global average and that the province would miss both its 2020 and 2050 targets.

In stinging and prescient comments, Carol Bellringer predicted that the province “may not be able to manage flood risks, given that roles and responsibilities are spread across many agencies and levels of government, and these organizations may not have adequate staffing or technical capacity.”

Wildfire prevention was described as “insufficient”, “uncoordinated” and failed to target areas of highest risk.

Indigenous communities and local governments on the front lines of disasters suffered from the lack of provincial policies as well as “financial support, reliable data and knowledge.”
No one should take comfort from the fact that all of the country’s auditors general that year echoed Bellringer’s concerns in their collaborative report .

The auditor general’s report remains as good a description as any for what happened in British Columbia this year.

“Initial work” on a flood strategy and watershed security are among the “action highlights” in an August draft of B.C.’s Climate Preparedness and Adaptation Strategy. So is working to “improve public understanding of wildfire threats and B.C.’s changing climate.”

Mother Nature has more than taken care of both.

It’s a bit late for modelling a range of scenarios. We’ve already lived through what Premier John Horgan described this week as “extraordinary events. Not measured before, not contemplated before.”

Except they were contemplated. The problem is nothing was done to prepare for them. Perhaps naively, more likely hopefully, policy-makers thought catastrophes couldn’t happen here.

Now, we know that they can and that they likely will again. There’s no excuse for not being ready.

After weather disasters, emergency budget jumps to $436 million from $36 million​


Last year it was $36 million for operational support for disaster response and recovery. This year it’s $436 million.

B.C. officials are bracing for bad weather on a scale that up until last year was hard to imagine.

Tuesday’s budget earmarks serious new money for programs aimed at coping with weather-induced natural disasters of the sort that ravaged parts of B.C. in the past year.

Even while experts over the years have predicted with certainty that climate change is going to drive disasters, there was a feeling it was building gradually. Planning how to cope with them was a priority, but not a pressing one. Then the heat dome, wildfires and floods all hit in a period of months.

The hundreds of lives lost to heat and the multibillion-dollar losses incurred through winter flooding are now driving a race to prepare for what’s next, even while addressing last year’s losses.

The budget figures show it’s one of the biggest single-year priority adjustments ever made (apart from the pandemic). One line item illustrates how big. Every year the government makes an appropriation for the Emergency Program Act. Last year it was $36 million for operational support for disaster response and recovery.

This year it’s $436 million, 12 times as much, some of it allocated to cover damage already sustained. 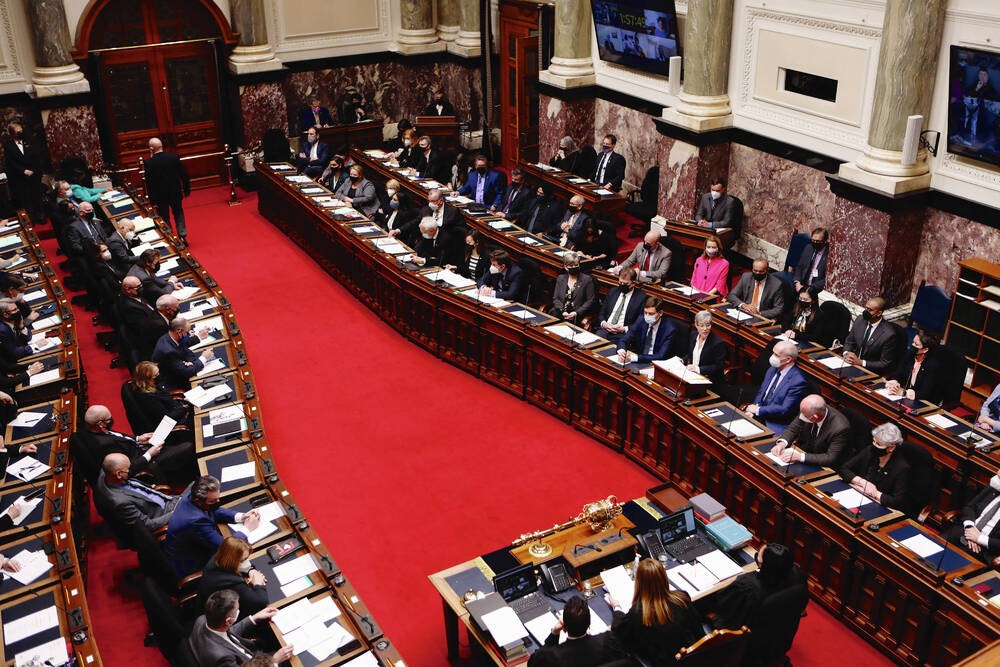 Last year it was $36 million for operational support for disaster response and recovery. This year it’s $436 million.

www.timescolonist.com
You must log in or register to reply here.

Terror on a Sunny Day