And for whatever it is worth, this past week also brought an odd coincidence. Back in the pre-unification days the army had an establishment for so many officers by rank for each corps. For fy 1967-1968 the artillery was going to be short five captains. Someone in authority heard of this and suggested they conduct a special board on the lieutenants who were due for promotion in 1968 and make five of them acting captains. So a board was conducted and five lieutenants became acting captains on 2 May 1967. Three of these fortunate gentlemen were Dick Rogers, Jim Bryce and Con Malikowski, all of whom appear above..

I am one of the surviving other two and am pondering the oddity of life.

Three months later the forces set the time in rank for promotion to captain at two years in rank, so just about everybody with a discernible pulse (but not necessarily many brain waves) was a captain. But that was life in the CF of that era.

Technoviking said:
Joe "Snee" Schechtel, formerly of The RCR, The Canadian Airborne Regiment and Princess Patricia's Light Infantry passed away overnight.  He was in the loving care of former fellow soldier Rocky Boudreau, at Rocky's place in Costa Rica.  Joe had cancer and it really took him down quick.  In his final weeks he remained optimistic and travelled to Newfoundland to visit some friends, and then it was off to Costa Rica where he lived his final days.  He was really looking forward to that trip.

This is Joe with Rocky taken about a week or so ago.

Here's Joe from his time in 3 Cdo.

Joe was one of the first members of my company I met when I joined 2 RCR back in 1989.  My first weekend there he was DD and took a bunch of us into Fredericton for a night on the town.  After he went off to the Airborne in 1990, I next saw him when I was going through officer training at the infantry school.  He was a MCpl then, and I, an OCdt, was part of the demo section (they were short a guy so they used me as LMG #2 in the demo section attack).  I remember Joe jacking the living crap out of me.  Then with a wink and a smile he said it wasn't every day he got to jack up an officer.

Joe will be missed.

I knew Joe here in Edmonton and saw him shortly before he headed to a short stay in palliative care in Medicine Hat. I did not think he would stay long there given he did travel to St Johns then Costa Rica where he passed. Never quite met anyone with his sense of optimism right until the end. I knew he was not well at all in Costa Rica because his FB and text messages stopped. It was an honour to attend his celebration of life. Godspeed on newfound wings Bro. 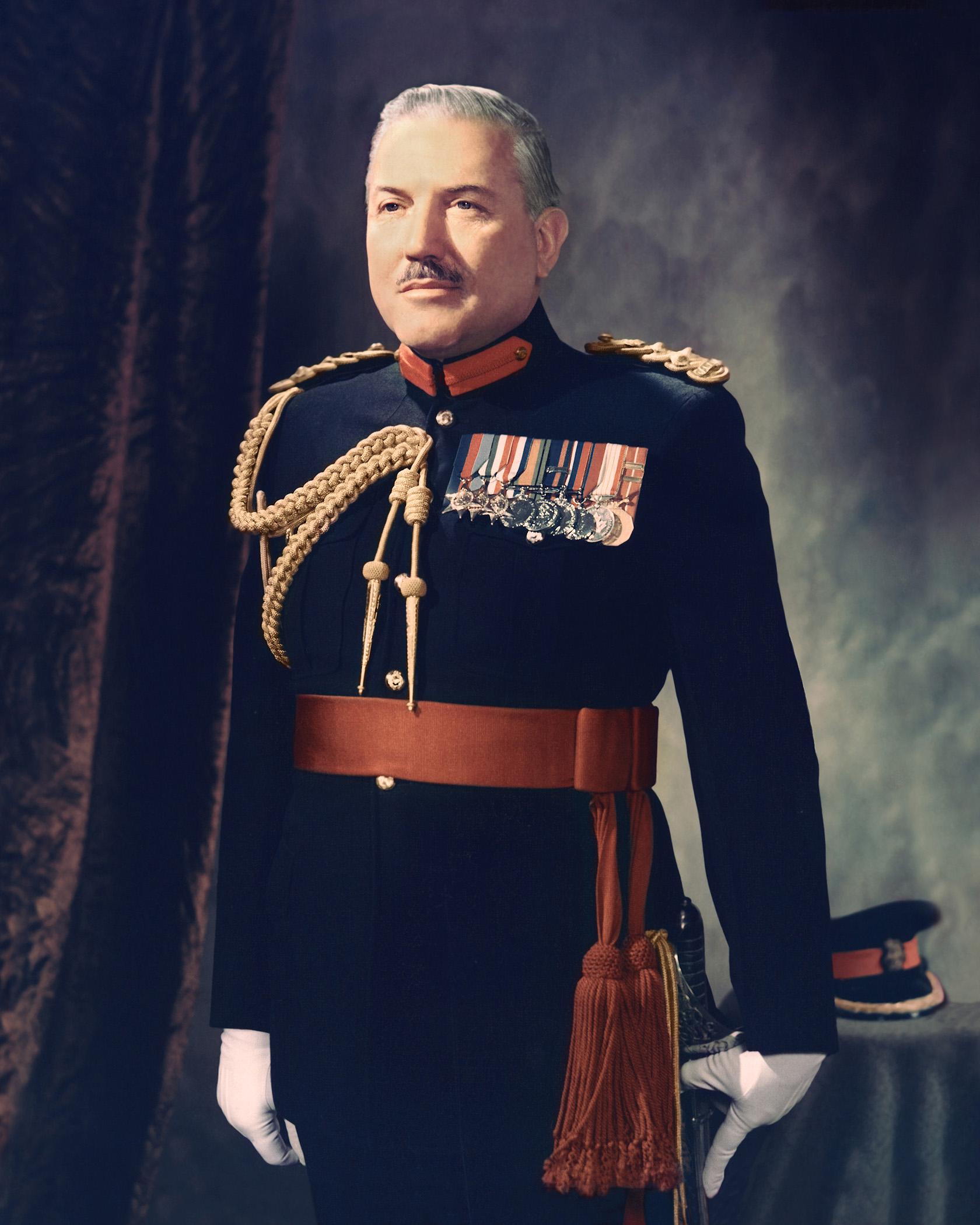 Brigadier Mike Webber was an imposing man, a good athlete in his younger days, a strict but happy soldier, and a good engineer. I knew him fairly well and I liked him. He was honest, fair, diligent and industrious ... but he also enjoyed a good party, loved to laugh (especially a 'Colonel Blimp' types) and thoroughly enjoyed 'rough-housing' with soldiers.

His official obituary is:

Michael Webber died peacefully at home in Ottawa, on Monday, October 16, 2017 in the company of family.

Michael was born in Kings Lynn, England, January 29.1919, the only child of Harold Fairfax and Edith (nee Proctor) Webber.

As an infant, he emigrated with his mother to Ottawa, rejoining his father who had preceded them as a returning World War I veteran. As the child of a career army officer he lived in Kingston, Toronto, Camp Borden and finally back to Ottawa.

In 1937 Michael entered a four-year course of study at Royal Military College of Canada, cadet #2612, with the aim of pursuing a military career. In 1939 his studies were interrupted by the outbreak of World War II. He accepted a commission as Lieutenant in the Royal Canadian Corps of Signals. In April 1940, he married Margaret Frances Marr and four short months later was shipped overseas. It would be nearly five years before he would return to his wife and meet his young son, Michael. Early in the war he endured the London air raids and was the first to land in the vital 1941 Spitsbergen raid. On July 10, 1943 Capitan Webber waded ashore with much of the Canadian Army in Sicily for the beginning of the arduous Italian campaign. As the war progressed he transferred with the rest of the Canadian Army to N.W. Europe. V-E day found Major Michael Webber in Hilversum Holland.

Post-war Michael completed his electrical engineering degree at Queens University and was posted to National Defence Headquarters in Ottawa. In 1952, promoted Lt. Colonel, and became the first Commanding Officer of the First Canadian Signals Regiment (1CSR) based at what was then Camp Borden, near Barrie Ont.

During his distinguished career, he served in several roles at National Defence Headquarters in Ottawa, attended the Canadian Army Staff College, the US War College and the Canadian Defence College. He served in 1957-1958 in Indochina with the International Control Commission, in 1960-1964 in Washington D.C. as Canada’s Military liaison to the Pentagon, in 1970-1972 as Honourary Aide-de-Camp to Governor General D. Roland Michener CC, CMM, CD., represented Canada at NATO’s military communications committee in Paris. Promoted Brigadier General in 1971 he served at NATO Headquarters in Brussels until his retirement in May 1974.

Post-retirement Michael worked ten years for the Law Reform Commission of Canada, and served in 1987-89 as Colonel Commandant of the Communications and Electronics Branch.

Michael is predeceased by his wife of 50 years and the mother of his children, Margaret (nee Marr), and his son Michael Fairfax Marr Webber, as well as his second wife, Louise Gray (nee MacBrien)

He is survived by his children, Christopher, Peter and Jennifer, and his wife Louise’s children Michael, Brien, Bruce and Diana and their families. Also left to treasure his memory are his grandchildren, Michael and Christina Webber, Andrew (Francine) Altman, Matthew (Stacy) Altman, step-grandchildren, Lynnette and Gregory White, and great granddaughter Elsie Fairfax Altman.

Visitation will be at the Hall of Colors of the Beechwood National Memorial Centre, 280 Beechwood Ave. Ottawa on Saturday October 21 after 12 noon. Funeral Service will be held in the Sacred Space at 2 p.m. followed by interment with military honours and reception.

For those preferring to make a charitable memorial donation in lieu of flowers, please consider making one to the RMC Foundation Truth, Duty, Valour Fund in memory of BGen (Ret’d) Webber either online at www.rmcfoundation.ca, via phone at 613-541-6000 ext. 6807, or to PO Box 17000 STN Forces, Kingston ON K7K 7B4. All memorial donations will be noted in the Book of Remembrance in Currie Hall at RMC in Kingston.
Click to expand...

I guess that covers most of it ... but there was so much more to the man, himself.

Brigadier Mike Webber was an imposing man, a good athlete in his younger days, a strict but happy soldier, and a good engineer. I knew him fairly well and I liked him. He was honest, fair, diligent and industrious ... but he also enjoyed a good party, loved to laugh (especially a 'Colonel Blimp' types) and thoroughly enjoyed 'rough-housing' with soldiers.

His official obituary is:

I guess that covers most of it ... but there was so much more to the man, himself.


Sent from my iPhone using Tapatalk

I hope I am posting this in the right area and it is allowed. I wanted to pass along the sad news of the passing of a family member. I wanted to be sure he is remembered. He served with the Airborne (maroons) from 1969-1976. Corporal Roderick Baines. He lived mostly in the Toronto and Guelph area and then made his way back to Kent County to be closer to family a few years back. He struggled with PTSD but that did not take him. The Legion was helping him with services/coverage through Veteran's Affairs and life was starting to be good again for him. I guess his comrades that went before him needed him more just now, and he is now Forever Airborne. Bless all those who serve/served. Thank you.
G

May Roderick Baines Rest in Peace knowing that his duty on earth is done and done well!

My sincere condolences to his family, friends and brothers-in-arms.

Your struggles are over, thank you.

For those who knew him ... Col (ret'd) GL (Gerry) Coady (Signals) of PEI and, mostly, Kingston, died last night after a long, painful struggle with ALS. Funeral details to follow.

That's Gerry and his lovely wife Trish in happier times.

E.R. Campbell said:
For those who knew him ... Col (ret'd) GL (Gerry) Coady (Signals) of PEI and, mostly, Kingston, died last night after a long, painful struggle with ALS. Funeral details to follow.

That's Gerry and his lovely wife Trish in happier times.
Click to expand...


Sent from my iPhone using Tapatalk

He will be missed by his sisters Patricia and Sandra, brother John, cousin Marsha, Joanne’s sister Glenda, and many other friends and extended family.

Jim was an active member of the Royal Regiment of Canada most recently serving on the foundation board. He was an employee of Bell Canada for 33 years, an occupation that took him around the world. He was enthusiastic about politics and enjoyed golfing and curling.

When the children were young, Jim devoted much time to organizing and volunteering for children’s sports.

A Celebration of Life will be held at a later date.

If desired, donations may be made to St. Peter’s Anglican Church, Cobourg, The Royal Canadian Regiment Association Fund, or Northumberland Hills Hospital.

Alfred Keep was killed in an MVA west of Calgary on Monday. A long serving Sapper and someone I've been proud to call my friend since 1980.
The last bridge has been crossed, hold fast brother,  see you on the objective soon.

Former Artillery and Infantry Officer, he passed away at age 83.  He commanded the HF of C and was Honourary Colonel of 7 (Toronto) Regiment RCA.  He was an keen supporter of the Order of Saint John and the Order of Saint Lazarus.  He was my CO when I was commissioned.  His obituary is at https://necrocanada.com/obituaries-2018/jamesroosjimbreithaupt-1934-2018/#.W4sB8s5KjIU.

Cpl (Ret'd) Agnes Drury, Tel Op/Sig Op, passed away on Tuesday 25 Sep 18.  Services will be on Saturday in Carleton Place ON.

I first met Aggie in the mid 90's working at Node Tunney's then reconnected with her just before her retirement through the Navy League of Canada.  Great lady with a huge sense of humour.

From The RCR regimental net:

It is with a heavy heart that we regretfully must share some very sad news.

Major General Pitts, MC, CD, passed away peacefully in his sleep in the early hours this date 27 September 2018.

More details will follow in his obituary, at which time the Branch president, will issue directions.

At the going down of the sun and in the morning, we will remember him!

I can only repeat my initial reaction: "Damn! He was a great boss ... tough, kind, smart, demanding, helpful, friendly, fierce, loyal ... the best CDS we never had. 😥"
O

And I will second everything Edward said. I had the good fortune to work for then-Major Pitts in operations branch in HQ 4 CIBG in 1965-66 when he was the brigade major. My wife, who had been a DND teacher, remarked that everyone - teachers, parents and other kids, had a lot of time for the Pitts family, who did not wear his rank in any way whatsoever.

Damn, Ted!  Larry was a real gentleman warrior. I worked a lot with him at the Army Staff College,, where he was one of the trusted inner circle of “good Calian guys.”