But if I don't use acronyms, how will I know what I'm saying?


In a 2018 email that leaked to the public, the Tesla CEO outlined six recommendations for his employees to make the best use of their time.

Members of the military will quickly realize their units take few, if any of his recommendations.

While that's not the end of the world (and probably no surprise), due to the fact that the U.S. still has the world's most powerful military, those who have spent their whole lives in the service may want to take pause -- especially if they're transitioning out.

Judging by Musk's email, the military and civilian worlds are light years apart, and it's something for which veterans entering the civilian workforce should be prepared. Even Musk's other company SpaceX is unlikely to bridge this divide anytime soon.

Sometimes, the military requires an all-hands meeting or some other kind of all-call. Unlike many large companies, military units deal with life or death situations, which is actually a good reason to have a large meeting. If it's not that serious, Musk says, don't have it.

"Excessive meetings are the blight of big companies and almost always get worse over time," he wrote. "Please get [rid] of all large meetings, unless you're certain they are providing value to the whole audience."

The military also has well-intended short meetings. If Musk learned what a stand-up meeting is, he'd probably implement the practice of not being able to sit down all over his companies. In the case of large meetings with an important message, he believes they should be very short. And they definitely shouldn't be regular, writing:

"Also get rid of frequent meetings, unless you are dealing with an extremely urgent matter. Meeting frequency should drop rapidly once the urgent matter is resolved."

3. Don't Be Afraid to Leave

The idea of leaving a meeting called by a superior officer or noncommissioned officer is anathema to everything we know about the military. Try leaving when your squadron commander is speaking to the unit and tell me how that goes (please don't actually do that). But Musk is just fine with it, especially if the remainder of that meeting doesn't pertain to you.

"Walk out of a meeting or drop off a call as soon as it is obvious you aren't adding value," he wrote. "It is not rude to leave; it is rude to make someone stay and waste their time."

If the military implemented this policy, its entire world might come to a screeching halt. Acronyms in the military aren't just part of a long-standing cultural tradition, they really do help ease communication. Would you rather say "Heavy Equipment Recovery Combat Utility Lift and Evacuation System" or "HERCULES." My guess is Musk might give the military a pass -- but not Tesla.

For his company, he believes buzzwords and acronyms are a hindrance.

"Don't use acronyms or nonsense words for objects, software or processes at Tesla," the email states. "In general, anything that requires an explanation inhibits communication. We don't want people to have to memorize a glossary just to function at Tesla."

5. Communication Is Not Subject to Chain of Command

Somewhere, an O-4's head just exploded reading this. Unlike some companies, part of the U.S. military's functionality depends on handling situations at the lowest level of the chain of command, so the general doesn't have to sweat battlefield tactics or get tempted to override field officers closer to the action. It works for the military, but Musk doesn't believe it works for Tesla.

To him, communicating through a chain of command is just one giant game of "Telephone."

In the military, we like to think that everything we do or did was designed using common sense. But any veteran will tell you that common sense isn't common and the phrase "Charlie Foxtrot" exists for a reason. Musk agrees.

"If following a "company rule" is obviously ridiculous in a particular situation, such that it would make for a great Dilbert cartoon, then the rule should change," he wrote. 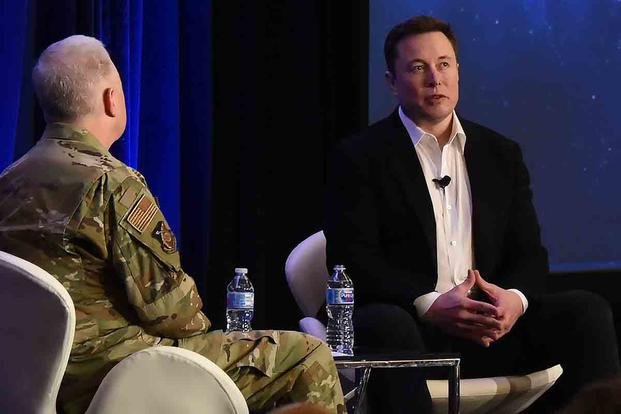 The SpaceX and Tesla leader had some pointers for his management staff.

That's interesting thanks. Really like the author's note that it may be really relevant for people transitioning out of the military. Staying within the govt is likely pretty straightforward, but heading to somewhere like Tesla would be a huge culture shock. Some things we do really well, but only makes sense in context.

For 5, I'm assuming that means the CoC is kept in the cc?

Navy_Pete said:
That's interesting thanks. Really like the author's note that it may be really relevant for people transitioning out of the military. Staying within the govt is likely pretty straightforward, but heading to somewhere like Tesla would be a huge culture shock. Some things we do really well, but only makes sense in context.

For 5, I'm assuming that means the CoC is kept in the cc?
Click to expand...

Sorry, I don't understand your acronyms
You must log in or register to reply here.

The Psychology Behind Meeting Overload