Eye In The Sky said:
Think of it more as a prop upgrade with a few necessary engines ones to enable the first...
Click to expand... 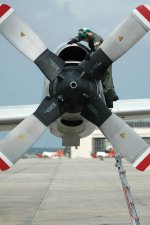 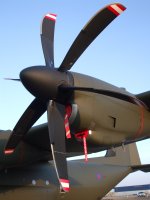 BZ to the crew!

Good2Golf said:
BZ to the crew!
Click to expand...

I noticed that the 19 Wing PAFFO thoughtfully left in all the “track changes“ in the news release….
R

SeaKingTacco said:
I noticed that the 19 Wing PAFFO thoughtfully left in all the “track changes“ in the news release….
Click to expand...

Noticed that too, at least they deleted comments I guess.

SeaKingTacco said:
I noticed that the 19 Wing PAFFO thoughtfully left in all the “track changes“ in the news release….
Click to expand...

Allegedly, the error was made at levels of reality well above 19 Wing.

All that said- well done Demons!

More on the Block 4:

Block 4 is not operational yet, and Conversion Training didn’t “start in February”. I’m not even sure what “full aircrew training” is?

Eye In The Sky said:
Block 4 is not operational yet, and Conversion Training didn’t “start in February”. I’m not even sure what “full aircrew training” is?
Click to expand...

Block IV is now allowed to conduct broader FG and FE through a flight permit.

But it still hasn’t flown an operational mission…

Skywatchers may have noticed some CP140 aircraft have a slightly different look to them. To those familiar with the Aurora, the usually unmistakable sleek profile and long MAD boom protruding from the rear of the aircraft now has an additional large, dome on top of its fuselage. This “dome” is a telltale sign you are seeing is the newly-upgraded Block 4 Aurora.

The CP140 has been going through an Aurora Incremental Modernization Project for many years. This project was divided into four stages, and is now entering the last and final stage.

Once testing was completed on the aerodynamics of the new addition to the airframe, crews began flying the aircraft for pilot training only. In order to be able to use the new mission systems in the back end, further testing was required. The testing for the new systems was broken down into stages and, in February, 14 Wing Greenwood hit a major milestone in the testing process by receiving the Special Purpose Flight Permit (SPFP) to operate the aircraft with mission systems turned on.

Operational Test and Evaluation (OTE) [sic] on the Aurora is normally carried out by both 415 (Long Range Patrol Force Development) Squadron and the 434 Squadron Long Range Patrol Test and Evaluation Flight which resides at 14 Wing. The first stage of testing to get the new mission systems operational involved ensuring all previous aircraft capability was maintained. In order to expedite the testing of legacy systems, the entire long range patrol fleet pitched in, including numerous external stakeholders. The goal was to complete initial testing as soon as possible so the fleet could obtain the SPFP to operate the aircraft within the full range of mission sets it is meant to carry out. 405 (Long Range Patrol) Squadron provided an entire test crew, while 14 Operations Support Squadron provided all the required pre- and post-test support.

Thanks to many long days and hard work by all, the fleet recently obtained the required permit. Though crews are now operating the Block 4 Aurora, further testing will continue over the coming months and years to ensure the full capabilities of the new systems are realized. The next phase of testing, expected to be done by the end of April, will clear the Block 4 Aurora for operational deployments.

Included in that testing is operating the systems in a cold weather environment. The 415 crew, with augmentation from 434, recently returned from Yellowknife. During their time there, the crew braved extreme cold temperatures, sometimes dipping well below -40°C with the wind chill. Though the days were long and sunlight was limited, the testing was successful and all members returned (with all their fingers and toes accounted for).

Though future upgrades are planned for some systems on the Aurora, the Block 4 is the final step in what has been a long upgrade process. With the new capabilities the Block 4 Aurora brings to the Royal Canadian Air Force, the Aurora will be a leading asset amongst maritime patrol aircraft well into the future. 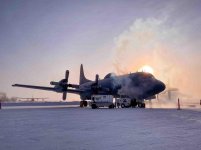 The staff at Aurora News are civies; I’m not sure who proofs their articles, but generally they are pretty good. This one has enough accurate details that it’s safe to say someone from 10 Hgr Annex had some input.

Special, specific. Ask 3 people at the Sqn what AIMS-ISR stands for. If you get an answers I bet none of them are the same. But everyone knows what it does, some still know how to use it.