Consideration for the Victoria Cross - Afghanistan

Haggis said:
In 1991 I was nominated for an MSM.  Yes, I know the process is supposed to be confidential. I found out about it from a Bde HQ staff officer who told me (at a mixed mess function) said he'd stopped my nomination at the Bde level because "we don't reward people for doing their jobs".  It's good to see that things have changed (#sarcasm).
Click to expand...

Admission - My troop commander, at the end of tour, gave me his write up nominating me for the MSM. 7 pages. He gave it to me because he knew it wasn't going to go anywhere because, to quote an unnamed person 'He has already been recognised'.

The recognition? CEFCOM Sergeant Major's Coin. Alongside a guy who ran the KAF ball hockey league, and someone else who did a lot of PT.

So forgive me if I'm a bit jaded.

Infanteer said:
The "don't give someone an award for doing their job" line is BS, and we need to move away from that point of view.  There is nothing wrong with recognizing a job well done and we need not be overly stoic about recognition.

Using this line of reasoning, we could say that Smokey Smith was just doing his job when he took out German AFVs at the Savio River Bridgehead.
Click to expand...

Bumped with the latest MSM bit ....

Almost 15 years ago, a bleeding and badly wounded Pte. Jess Randall Larochelle crawled back to his wrecked machine gun post in his smashed observation post in Pashmul, Afghanistan.

His unit — a part of Charles Company of the Royal Canadian Regiment — was about to be overrun by Taliban fighters who had peppered the outpost with rocket-propelled grenades.

Two members of his section were killed and three others wounded.

Larochelle grabbed one of 15 M72 rocket launchers that had miraculously not been destroyed in the initial attack.

The Taliban were cut to pieces and the survivors retreated, their assault in what later became known as "ambush alley" was defeated.


Larochelle's actions saved the lives of the remainder of his section and he was — in the spring of 2007 — awarded the Star of Military Valour, the country's second-highest citation for bravery in combat.

A group of Afghanistan veterans, known as Valour in the Presence of the Enemy, wants to see his award upgraded to the top honour — the Canadian Victoria Cross ...
Click to expand...

Private Jess Randall Larochelle, S.M.V.
Petawawa, Ontario
Star of Military Valour​
On October 14, 2006, Private Larochelle of the 1st Royal Canadian Regiment Battle Group was manning an observation post when it was destroyed by an enemy rocket in Pashmul, Afghanistan. Although he was alone, severely injured, and under sustained enemy fire in his exposed position at the ruined observation post, he aggressively provided covering fire over the otherwise undefended flank of his company’s position. While two personnel were killed and three others were wounded in the initial attack, Private Larochelle’s heroic actions permitted the remainder of the company to defend their battle positions and to successfully fend off the sustained attack of more than 20 insurgents. His valiant conduct saved the lives of many members of his company.
Click to expand...

I hope we see more of this.

Read the Larochelle citation and go back and read a WWII VC citation. No question he should have been awarded the VC.

Infanteer said:
Read the Larochelle citation and go back and read a WWII VC citation. No question he should have been awarded the VC.
Click to expand...

Smokey Smith, Paul Triquet, David Currie or John Osborn, to pick only a few army ones.

Infanteer said:
Read the Larochelle citation and go back and read a WWII VC citation. No question he should have been awarded the VC.
Click to expand...

Tangentially, this is one of my favourites earned 5 or 6 days after the end of the war in Europe:


On 12/13 May 1945 at Taungdaw, Burma [now Myanmar], Rifleman Lachhiman Gurung was manning the most forward post of his platoon which bore the brunt of an attack by at least 200 of the Japanese enemy. He hurled back two hand grenades which had fallen on his trench, but the third exploded in his right hand after he attempted to throw it back, blowing off his fingers, shattering his arm and severely wounding him in the face, body and right leg. His two comrades were also badly wounded but the rifleman, now alone and disregarding his wounds, loaded and fired his rifle with his left hand for four hours (all while he screamed "Come and fight a Gurkha!"), calmly waiting for each attack which he met with fire at point blank range.

His citation in the London Gazette ends with...

...Of the 87 enemy dead counted in the immediate vicinity of the Company locality, 31 lay in front of this Rifleman's section, the key to the whole position. Had the enemy succeeded in over-running and occupying Rifleman Lachhiman Gurung's trench, the whole of the reverse slope position would have been completely dominated and turned.
This Rifleman, by his magnificent example, so inspired his comrades to resist the enemy to the last, that, although surrounded and cut off for three days and two nights, they held and smashed every attack.
His outstanding gallantry and extreme devotion to duty, in the face of almost overwhelming odds, were the main factors in the defeat of the enemy.[1]
Click to expand...

More of the latest on the push for an AFG VC, shared for purposes of research, private study or education under the Fair Dealing provisions of Canada's Copyright Act.

The Afghanistan Veterans Association of Canada is petitioning the Governor-General of Canada to award the Victoria Cross to a Nipissing, Ont. man.

While no Canadian has won the highest and most prestigious award of the British honours system in 77 years, advocates say Pvt. Jess Larochelle deserves the distinction.

“I was in the same company with Jess,” said Bruce Moncur of Thompson, Man., founder of the Veterans Association.

“The guy had a broken back and single-handedly fought off 40 Taliban.”

“The clock is ticking. His family does not want this to be a posthumous award,” he said.

Larochelle in 2007 was awarded the Star of Military Valour for bravery in combat at Pashmul, Afghanistan.

“His valiant conduct saved the lives of many members of his company,” read the commendation.

A year earlier, Larochelle fought off Taliban gunmen at a machine gun post despite injuries from heavy fire that killed two members of his unit and wounded four others.

“Private Larochelle went above and beyond the call of duty, exhibited unwavering determination and fulfills the criteria of the Canadian Victoria Cross: bravery in the face of the enemy, turning the course of a battle, determination despite injury, and saving the lives of his section despite his own sacrifices,” said the petition.

Military commanders twice rejected Larochelle for the highest commendation. Moncur said petitioning for reconsideration was rare but not unprecedented.

Queen Elizabeth II awarded a posthumous Victoria Cross in 2020 to an Australian sailor of the Second World War whose commendation was also rejected at the time. Edward Sheean, 18, in 1942 was killed aboard a sinking minesweeper after saving the lives of 49 crewmen. Australian navy veterans spent decades petitioning for a review of the case.

“There is precedent,” said Moncur, who added while 99 Canadians have been awarded the highest citation for courage, none were considered in either the Afghan War or Korean War.

“They considered Korea a police action and that it did not count,” he said.

The first Canadian VC was Lt. Alexander Dunn of Toronto for bravery in the 1854 Charge of the Light Brigade at the Battle of Balaclava in Crimea. Dunn was an officer with Prince Albert’s Own Hussars.

Fighting with the Seaforth Highlanders in the 1944 Italian campaign, Smith was credited with single-handedly fending off a German tank attack.

Sorry to hear Larochelle is not doing well.... 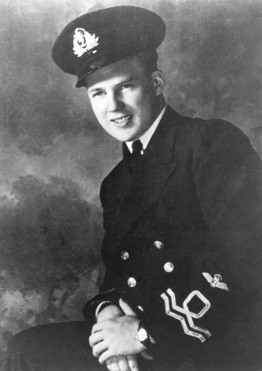 en.wikipedia.org
You must log in or register to reply here.

R
Ex Ukrainian translator for CAF moving to Edmonton - Can anyone pass this request from the Ukrainian / Canadian help page?