Reservists in the British Army will become specialists in cyber security, chemical-biological warfare and intelligence under sweeping reforms being carried out to transform the force in preparation for future conflicts, The Independent has learnt.

The Territorial Army, whose size is being doubled from 15,000 to 30,000, will have a much more integrated role to counter the new threats presented by technology and WMDs in the hands of insurgents and rogue states. It will also be extensively engaged in gathering information under plans drawn up by the military.

Philip Hammond, the Defence Secretary, today published a long awaited White Paper on the role of the TA which will be a third of the size of the regular army whose numbers are being reduced by 20,000 to 82,000 in budgetary cutbacks.

The numbers of Royal Navy and RAF reservists will also be increased, albeit on a smaller scale. The numbers of maritime reserves will rise to 3,100 and RAF auxilary to 1,800 from 2,300 and 1,370 respectively.

Reservists will also get military pensions and healthcare benefits under the reforms.

The TA will be to be renamed Army Reserves, and reservists will have enhanced training programmes intended to bring them closer to the standards of the regulars. It is hoped that putting some of them in the cutting-edge field of “intelligent defence” will be an incentive to join and stay in the force.

The Independent has learnt that the Treasury has blocked proposed tax breaks for employers of reservists, available in some states abroad. Instead, employers will receive an enhanced compensation package for staff who are absent on duty. Some reservists could be mobilised once in every five years, taking into account pre-deployment training, and the Government acknowledges that this cannot happen without the goodwill and co-operation of commerce and industry.

The Confederation of British Industry complained last year that it had not been properly consulted on the proposals with director general, John Cridland, saying :“This is the biggest change for reserve soldiers since the Second World War… But we are disappointed by the lack of proper engagement so far.”

Whitehall officials insist that detailed consultation had subsequently followed, although more discussions needed to be held.

The White Paper, it is believed, proposes that employers will have to sign up to a voluntary charter guaranteeing that they will not stand in the way of staff in the TA who have been deployed. They will also pledge to keep their jobs open. At one stage Mr Hammond had  spoken about bringing in anti-discrimination laws such as those defending the rights of women and ethnic minorities to protect reservists, but has now decided against such legislation.

Mr Hammond told the Commons that the changes were "key" to ensuring Britain has the military capability it needs in the coming years.

"The job we are asking our reservists to do is changing," Mr Hammond said.

"The way we organise and train them will also have to change."

There is broad consensus among militaries in the West that cyber security has become a vital part of defence. The head of the Army, General Sir Peter Wall, stressed this when giving the keynote speech at the Land Warfare Conference at the Royal United Services Institute in London last week saying the threats presented by cyber space called for the armed forces to “think and act differently. Control of this domain and with it the ability to defend and attack in order to seize the initiative will be prerequisite for successful operations.”

However, Gen Wall also acknowledged that “The education and personal qualities of our cyber warriors are likely to be a challenge in more linear military behaviour and we therefore need to consider how we recruit and retain experts in the field.”

Military planners point out that these skill-sets already exist among civilians who can bring them to the military while also continuing with their professional careers outside. There are similar pools of knowledge in scientific and linguistic fields which can also be tapped into in relation to WMDs and intelligence-gathering.

The overwhelming likelihood is that combat for UK forces in the foreseeable future will be counter-insurgency operations. Military training teams are being set up for states which are felt to be at risk from instability or coming out of post-conflict situations where knowledge of languages and differing cultures would be of great benefit.

Some former military officers and opposition politicians claim that the Government is being highly optimistic in attempting to raise the numbers of reservists by 100 per cent at a time of recession with deep apprehension about over unemployment.

Among the critics, Colonel Bob Stewart, the Tory MP and Bosnia veteran, had suggested that someone at the MoD was “smoking a lot of dope” to come up with figures which were “pie in the sky”. Labour has accused Mr Hammond of “kowtowing to the Treasury by prioritising austerity over the UK’s national security interests”.

The Defence Secretary insists the projected number is achievable in the timeframe. However, a senior officer said “We would rather go for quality than quantity, that is part of the ethos of this plan. A slight delay in getting the exact number is not a disaster.

“The Army did not decide to lose 20,000 regulars to gain 30,000 reservists on a whim. These are the economic realities, budgetary constraints we face at the moment, like most of our allies. We need to be innovative and make the Army Reserve attractive to high-quality recruits.
Click to expand...

For the rest of the article, see the link http://www.independent.co.uk/news/uk/home-news/army-reserves-to-become-intelligence-and-cyber-security-specialists-and-receive-more-benefits-8684012.html

And no PT, apparently!

Computer experts will be allowed to bypass the military's tough fitness tests as part of the Government effort to sign up reservists to fight cyber terrorism, Defence Secretary Philip Hammond said.

Mr Hammond said the Government wanted to recruit more reservists with expertise in computers who relished the chance to use their skills in the battle against cyber threats.

He said the recruits would defend Britain against cyber terrorism, but it is also understood they could be involved in launching future attacks against the UK's enemies after the Defence Secretary described the use of cyber threats as "a new tool of warfare" in a newspaper interview.

Soldiers hoping to join the Army are expected to lift a bag weighing up to 40kg on to a 1.45 metre surface and carry two 20kg containers of water over a course of up to 150 metres, as well as complete a 1.5-mile run. The time limit for the run varies, but the toughest target is for the Parachute Regiment and is nine minutes, 18 seconds.

But Mr Hammond said computer experts, who might work for some of the UK's largest technology companies, would not have to complete the fitness tests.

He said: "Part of the structure that we are talking about here relates to a new focus on reservist contributions to cyber defence. Alongside the traditional image of the reservist, we are looking for people who sit in front of a screen working perhaps for one of the big IT companies but who relish being able to deploy their skills in a more operational environment.

"We will specifically be recruiting cyber reservists, who will not necessarily have to have the same levels of fitness or deployability as reservists in general, if they are willing to deploy to add to our cyber defence capabilities at UK locations on a routine basis."

His comments came in response to a question from Labour MP Keith Vaz, chairman of the Commons Home Affairs Select Committee ....
Click to expand...

Oh, good ... they'll look just like too many of the officers and senior NCOs I see waddling about the streets of Ottawa.
O

E.R. Campbell said:
Oh, good ... they'll look just like too many of the officers and senior NCOs I see waddling about the streets of Ottawa.
Click to expand...

What makes you think they will come out of their mothers' basements?

Old Sweat said:
What makes you think they will come out of their mothers' basements?
Click to expand...

So that's how we got the folks at Star Top Road ...

Old Sweat said:
What makes you think they will come out of their mothers' basements?
Click to expand...

As part of MOD’s full-spectrum military capability, the Defence Secretary, Philip Hammond, has announced that the department is set to recruit hundreds of computer experts as cyber reservists to help defend the UK’s national security, working at the cutting-edge of the nation’s cyber defences.

Mr Hammond confirmed the creation of a new Joint Cyber Reserve which will see reservists working alongside regular forces to protect critical computer networks and safeguard vital data. He said:

“In response to the growing cyber threat, we are developing a full-spectrum military cyber capability, including a strike capability, to enhance the UK’s range of military capabilities. Increasingly, our defence budget is being invested in high-end capabilities such as cyber and intelligence and surveillance assets to ensure we can keep the country safe.

“The Cyber Reserves will be an essential part of ensuring we defend our national security in cyberspace. This is an exciting opportunity for internet experts in industry to put their skills to good use for the nation, protecting our vital computer systems and capabilities.”

Recruiting for the Joint Cyber Reserve will commence in October and target 3 sectors: regular personnel leaving the Armed Forces, current and former reservists with the necessary skills, and individuals with no previous military experience, but with the technical knowledge, skills, experience and aptitude to work in this highly-specialised area.

All personnel applying to join will be subject to a security clearance process.
Click to expand...

From the recruiting page:

.... As well as employing reserves under current terms and conditions of service, the Cyber Reserve will be running a pilot scheme to evaluate innovative and inclusive approaches to recruiting, training, and employment. Selection into the pilot scheme will recognise the unique attributes and potential contribution of individuals who might otherwise not be attracted or able to serve in the Reserve forces.

Thus the primary requirements in applying to become a Cyber Reservist are that an individual must:

All Joint Cyber reservists must commit to training for a minimum period each year of between 19-27 days, made up of:

•a number of weekend duties spread throughout the year
•a period of continuous training, not normally exceeding two weeks
Once confirmed in a post, a reservist is liable to be mobilised (“called up for duty”) for a period of full-time service if there is a requirement to support cyber operations for an extended period.

(*) The types of skills we are looking for include the following:

Eye In The Sky said: 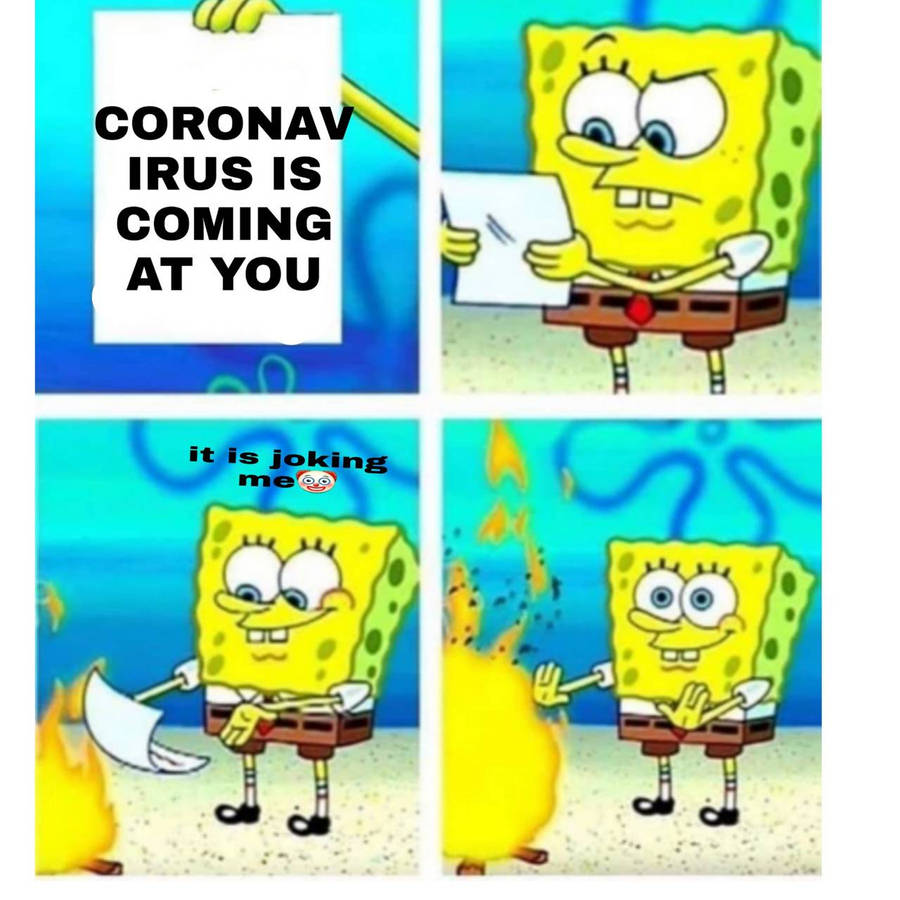