Had a nice briefing from Cdr Gleason commissioning CO of Harry DeWolf the other day. Some tidbits from their historic circumnavigation of North America.


Those are the high points I could remember. Really a very interesting briefing. So far the ship generally is performing at expectations with some pleasant surprises and some things that need fixing. RCN seems excited about what capabilities they are getting with the ship as its potential is being explored.
Click to expand...

They fueled in Nuuk Greenland as a matter of fact.

Stoker said:
They fueled in Nuuk Greenland as a matter of fact.
Click to expand...

Long way from Nuuk to Esquimalt! That's more range than was anticipated for the class. Which is excellent.

Underway said:
Iqaluit is getting its new jetty finally sorted out. If Churchill had been viable it would have been viable already. It's cheaper and more effective to refuel ships by sending other ships to meet them in the arctic than it is to detour all the way away from the NWP to Churchill. There is no need to "build stations" when you can be mobile. That's the entire point of the AOPS. It's a mobile "station".
Click to expand...

The issue is that we are prohibited in fueling above 60 for RAS and Asterix due to insurance reasons cannot travel above 60. Of course in time of war all of that goes away.

Underway said:
Long way from Nuuk to Esquimalt! That's more range than was anticipated for the class. Which is excellent.
Click to expand...

Indeed, the ship carries something like 700 M3 of fuel. The only issue they had was with food.

Underway said:
I just want to know, did you hear the Scottish when you read "buckaroo"? Lol
Click to expand...

Pictured the face too…

Underway said:
Long way from Nuuk to Esquimalt! That's more range than was anticipated for the class. Which is excellent.
Click to expand...

If they didn't get fuel they would have ran out at Dutch Harbour. The ship uses around 2% a day.

So the port in Iqaluit is getting finished but will be busy with sea lift activity, a few hundred million from the feds could easily expand that to a separate DND jetty and tank farm and home of the future RCN Arctic Squadron. Just need the will to do so.

This picture is from 2021. A offshoot benefit from this project, is a number of people and companies that have learned from their mistakes (hopefully) and further Arctic port projects will proceed faster and better. There is also upgrades to the small boat dock and basin on the other side of the harbour. 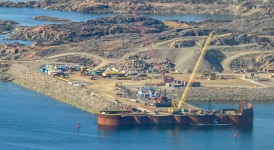 KevinB said:
25mm Training Practice Tracer will go through a Leo1 turret - most parts of a T-54/55 turret.
AP or HEI are much more effective on actual real world targets...

While it wouldn't be my choice for a primary armament - it will easily deal with anything that isn't a major surface combatant.
Click to expand...

Funny but with 15 years at sea I don't ever remember seeing a T54/55 out there. I have seen lots of large ships with huge hulls and very wide bridges.

AirDet said:
Funny but with 15 years at sea I don't ever remember seeing a T54/55 out there. I have seen lots of large ships with huge hulls and very wide bridges.
Click to expand...

You just need to get out more 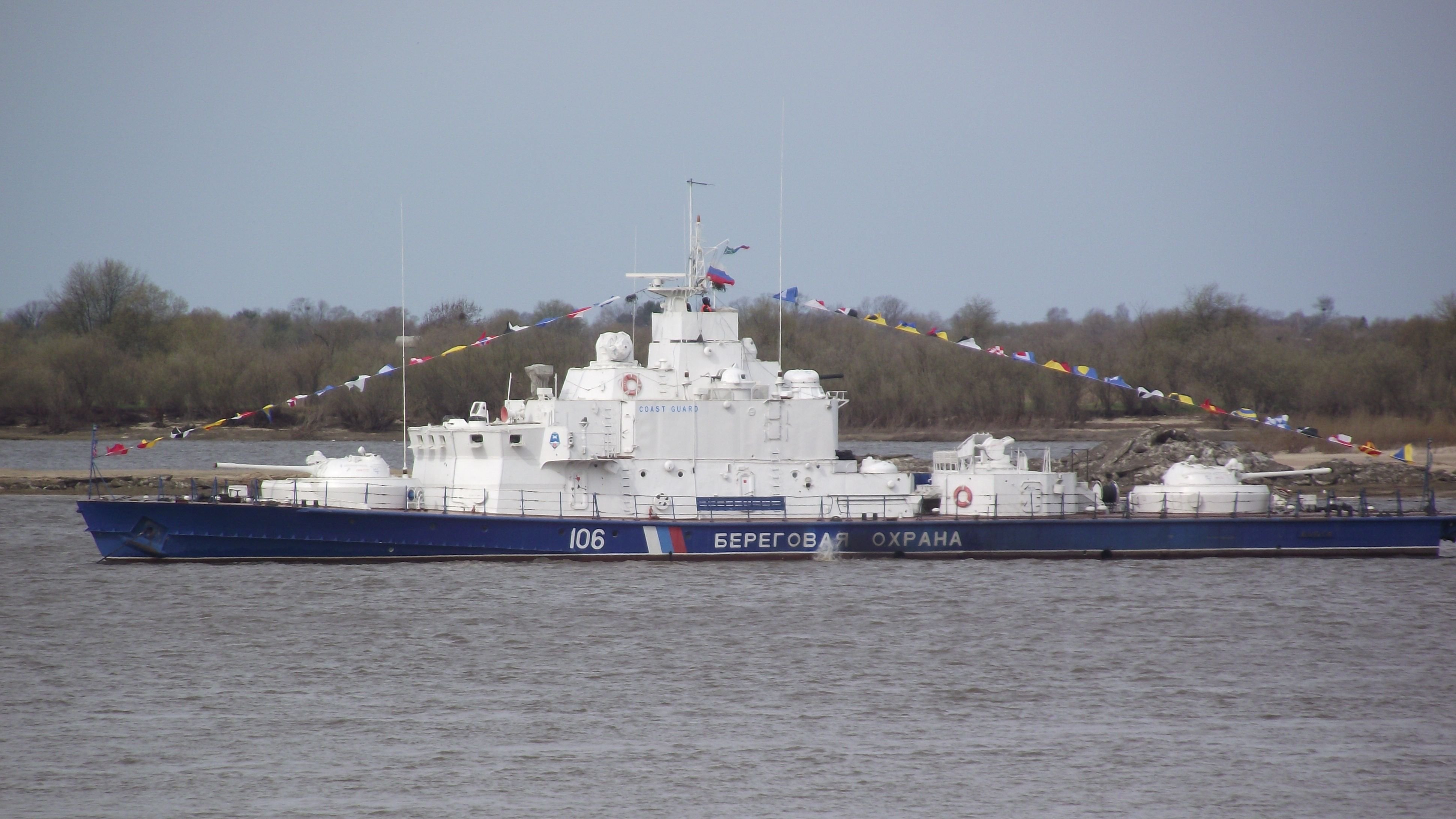 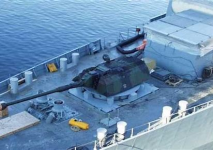 One more from the Cuban Navy 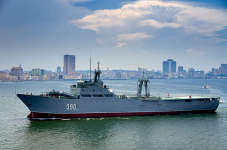 As I recall they quickly discovered from those trials why things needed to be marinized, but it worked as a concept tester. 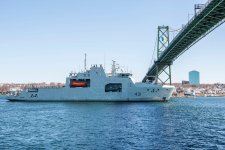 HMCS Margaret Brooke departed Halifax yesterday to conduct warm weather post-acceptance trials. The trials demonstrate its ability to operate not only in the frigid Arctic temperatures but in warm temperatures as well.

Colin Parkinson said:
Hopefully we have an AOP's come to Vancouver for next years Fleetweekend
Click to expand...

Saw a youtube video of that. It looked like an interesting time. Not often do you have that kind of Naval presence in Vancouver.

It was a great time, I do a post on it. Growing up the fleet used to come in and do open houses on a regular basis. Everyone wants it to happen again.

Colin Parkinson said:
Hopefully we have an AOP's come to Vancouver for next years Fleetweekend
Click to expand...

I really enjoyed attending that. Seeing two Halifax and Kingstons in person was quite the treat.

After all the images I've seen of these ships, I just noticed that the bow anchor(s) well (or whatever it's called - not a sailor) is right down at the waterline. It seems that it would be right in the middle of the bow wave and be susceptible to ice damage. Just curious if there is a reason or if it really matters.
You must log in or register to reply here.

2021 Defence Committee’s inquiry into The Navy: purpose and procurement