Bruce Monkhouse said:
And I know one pub owner who said he never made so much money while the fed's taxpayers were covering 75% of his biggest cost, wages......
Click to expand...

FTFY.
You can tell him 'You're welcome', from us. The one's truly on the hook for this.
R

Halifax Tar said:
I know it's weird but ruck marching is a very zen for me lol
Click to expand...

Last year I was doing 5k a day weighted marching. I actually know what you mean. Lol. Need to get back to it…

Corrupt practices (eg. kickbacks, collusion in pricing) are always wrong. Profit-seeking responses to crisis demands are not wrong - that's how resources get redistributed from places they are not needed as much, to places where they are needed more.

Corporations are an enormous "social good" (employment, specialization, complex enterprises). To the extent that corporate taxes act as a drag on corporations, that's bad policy.

I’m sure it would be worse if we moved to a private health care system.
Click to expand...

If we moved to a private health care system, people would be spending more of their own money on themselves. How you'd get from the greatest downward pressure on prices to some sort of space for corrupt price-inflating practices is a mystery.

Remius said:
Ah i see, except you brought up hypotheticals yourself. Should we only talk about what you want to talk about?
Click to expand...

You can talk about whatever you wish. Play your games with someone else.


Where will the next coronavirus variant of concern come from?​

A handful of African countries are its most likely source​

SINCE SARS-COV-2, the virus that causes covid-19, was first sequenced in early 2020, five “variants of concern” have been identified by the World Health Organisation. The latest, Omicron, was spotted in November and is now dominant in several countries including America, Britain and South Africa. It is set to overtake Delta as the globally dominant variant in the coming weeks or months. Omicron can evade vaccine-induced immunity and it spreads more rapidly than Delta. A sub-variant of it, BA.2, appears to be even more transmissible. These strains are unlikely to be the last. It is impossible to be sure how the virus will evolve, but researchers at Airfinity, a life-sciences data firm, have tried to map where the next variant of concern is most likely to emerge.

Mutation is a random process, which is why successful new variants are more likely to come from places where lots of mutation is occurring. Airfinity’s hypothesis is that this will occur where few people have had the jab and where many suffer from weakened immune systems. Immunocompromised people tend to harbour the virus for longer because their bodies struggle to fight it off, giving more time for successful mutations to accumulate. They are also less likely to produce antibodies after being vaccinated, meaning they have less protection against reinfection.

Airfinity’s researchers concluded that Burundi, Tanzania, the Democratic Republic of the Congo, Yemen and Nigeria are most at risk of producing a new variant. By January 29th, less than 6% of people living in the four African countries had been fully vaccinated against coronavirus. In Burundi, the country the researchers found to be by far the most at risk, that figure was just 0.05%. Yemen, which has been gripped by civil war since 2014, had fully vaccinated only 1.1% by January 31st. Distribution remains difficult in poor countries: many lack the necessary infrastructure, including reliable electricity, to store vaccines at very low temperatures. Vaccine hesitancy is a problem, too. The researchers also took into account the prevalence of four common conditions that can weaken the immune system: HIV, cancer, chronic kidney disease and a recent organ transplant. In the five high-risk countries HIV was the most significant condition contributing to risk, with higher rates in the four African countries. In Tanzania almost 5% of people aged 15-49 have the virus.

Airfinity’s analysis has limitations. It does not take into account the differing protection offered by various covid vaccines, natural immunity, the impact of population density on transmission or covid treatment options for immunocompromised people. Estimating the number of immunocompromised people is itself hard: the model the data was based on includes only a few conditions. Others, like severe type-1 diabetes or rheumatoid arthritis, were absent. Nor is everyone with such conditions immunocompromised. But the study still offers insight into where to look for future variants—and where to focus efforts on increasing the supply and take-up of vaccines. 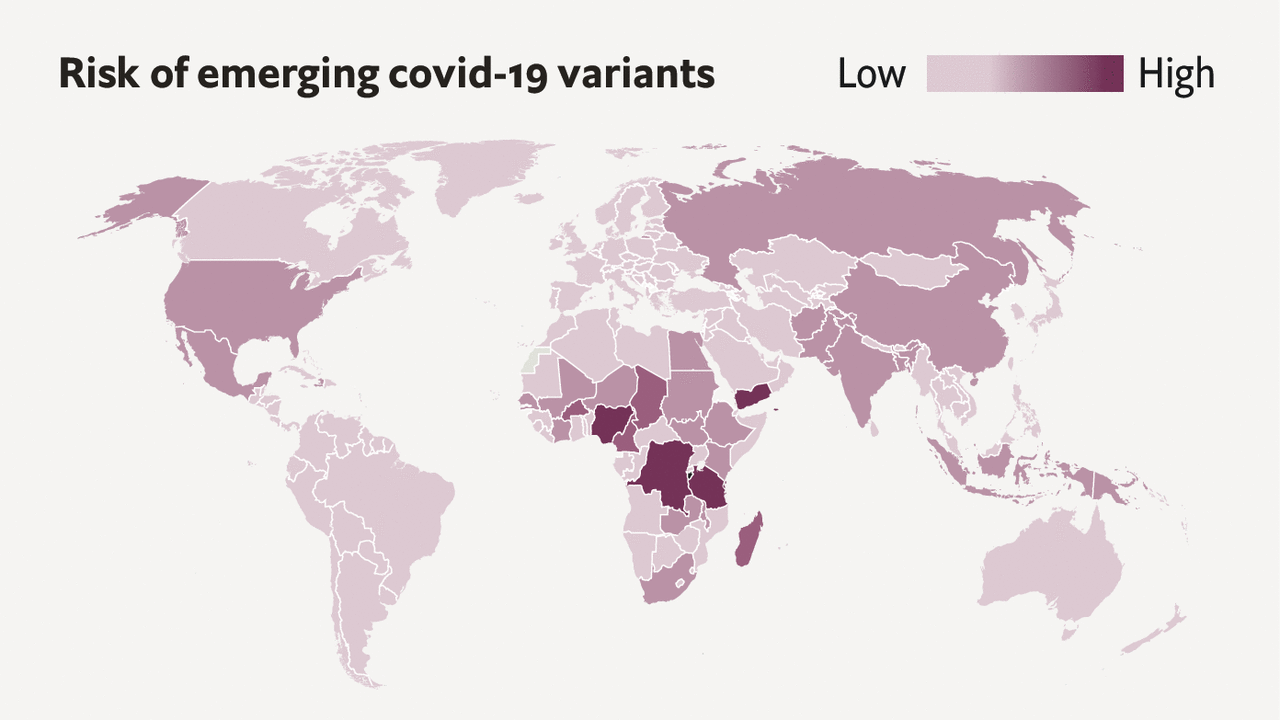 Where will the next coronavirus variant of concern come from?

A handful of African countries are its most likely source 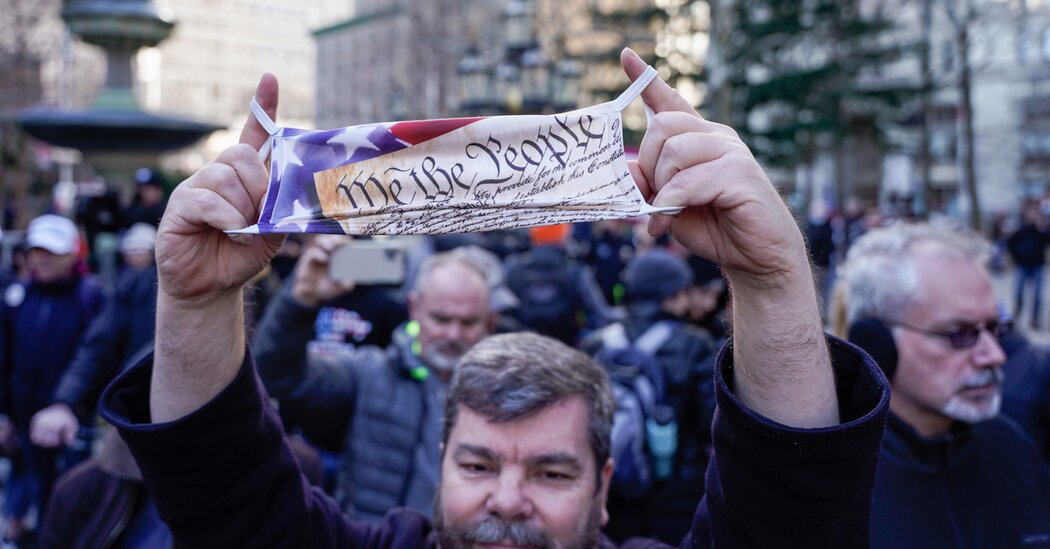 N.Y.C. fires 1,430 workers, less than 1 percent of city employees, over a vaccine mandate.

The figure is likely the largest mass termination of U.S. municipal employees in response to a Covid vaccine mandate.

Meanwhile the mandates do fuck all to prevent spread, which was the whole point of the mandates to start with.

Can't wait for someone to come in and say "bUt vAcCiNeS wErE nEvEr mEaNt tO pReVenT tRaNsMiSsIoN". They absolutely were and it was the whole matra from beginning until late summer/early fall of 2021. "Reach herd immunity! Only way to return to normal!".

Messerschmitt said:
Meanwhile the mandates do fuck all to prevent spread, which was the whole point of the mandates to start with.
Click to expand...

Actually, the science says vaccination does reduce transmission. Maybe the impact is less than we would like, but “do fuck all” is false and a lie. 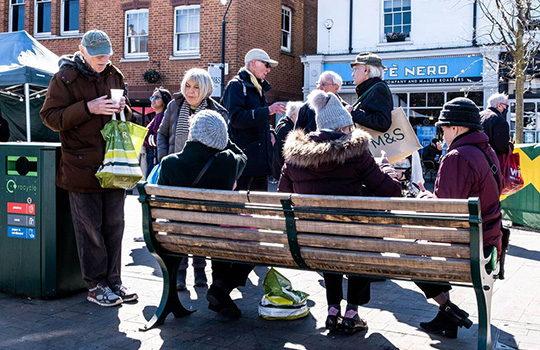 What do we know about covid vaccines and preventing transmission?

Vaccines that work against SARS-CoV-2 have helped change the course of the pandemic by reducing illness and hospital admissions. But Chris Stokel-Walker asks what we know about their impact on preventing transmission. The range of vaccines developed in record time by pharmaceutical companies...

Messerschmitt said:
Meanwhile the mandates do fuck all to prevent spread, which was the whole point of the mandates to start with.
Click to expand...

Some municipalities are keeping the mandate. 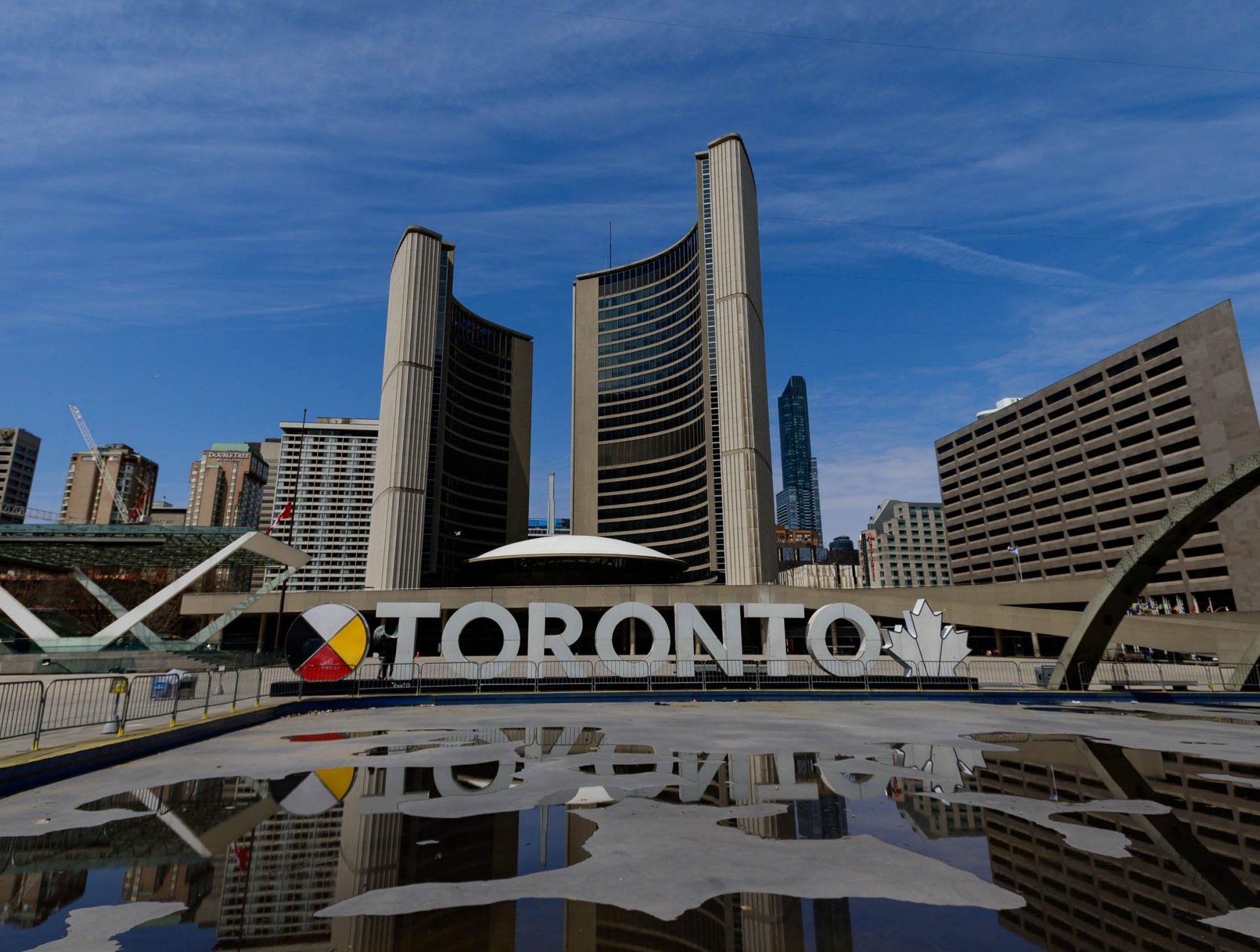 In Toronto, the city said that despite the other public health measures lifting, its policy that employees need to be vaccinated isn’t being removed.
“Ensuring all employees, as well as new hires, are vaccinated is an important component of what the city is doing to help protect the health and safety of all employees and the communities they work with,” the city said in a statement.
Click to expand...

McG said:
Actually, the science says vaccination does reduce transmission. Maybe the impact is less than we would like, but “do fuck all” is false and a lie.

What do we know about covid vaccines and preventing transmission?

Vaccines that work against SARS-CoV-2 have helped change the course of the pandemic by reducing illness and hospital admissions. But Chris Stokel-Walker asks what we know about their impact on preventing transmission. The range of vaccines developed in record time by pharmaceutical companies...

And for every article you cite saying they work, one can be found that says they don't. And no need to talk about science. Covid killed science. 'The science is settled' has become a more sarcastic phrase than a factual one. It's become a useless statement.

Impact of Population Mixing Between a Vaccinated Majority and Unvaccinated Minority on Disease Dynamics: Implications for SARS-CoV-2

Background The speed of vaccine development has been a singular achievement during the SARS-CoV-2 pandemic, though uptake has not been universal. Vaccine opponents often frame their opposition in terms of the rights of the unvaccinated. Our objective was to explore the impact of mixing of...

This article is a preprint and has not been certified by peer review [what does this mean?]. It reports new medical research that has yet to be evaluated and so should not be used to guide clinical practice.
Click to expand...

Confirmation bias at its best.

Is covid still a thing? I thought Russia cured it by invading Ukraine?

At the start of the pandemic when scientists were less clear on how the virus was transmitted, surfaces were a huge source of worry, with people scrambling to buy wipes to disinfect anything and everything that entered their home.

Numerous studies even found that the virus could remain active on surfaces for hours after an infected person first coughed or sneezed on the surface, fuelling these fears.

It’s now understood that the virus is transmitted almost entirely through tiny airborne particles as well as through larger droplets expelled when sneezing or coughing.

But why is it that surface transmission predictions didn’t come true if the virus truly is able to linger on surfaces?

Surface transmission was already less likely due to the sequence of events that has to take place in order for it to work: an infected person has to deposit virus particles on a surface which is then touched by another person, who then has to bring their hand to their mouth, nose or eyes in order for the virus to get into their body.

But apart from that, researchers noticed that one of the limitations of the majority of laboratory studies measuring the lifespan of COVID-19 virus particles on surfaces is that lab studies usually used synthetic buffers or growth mediums to deposit the virus on the surfaces.

In real life, SARS-CoV-2 is coated in mucus when it leaves an infected person’s body through a sneeze or a cough.

In order for virus particles expelled from the body in a sneeze or cough to infect another person, they have to penetrate the mucus layer around them so they can replicate and bind to human cells.

Researchers sought to investigate the properties of mucus to see if it could partially explain the unlikeliness of surface transmission.

Researchers acknowledged that more research needs to be done on this topic to truly understand how much mucus plays into infection pathways.
Click to expand... 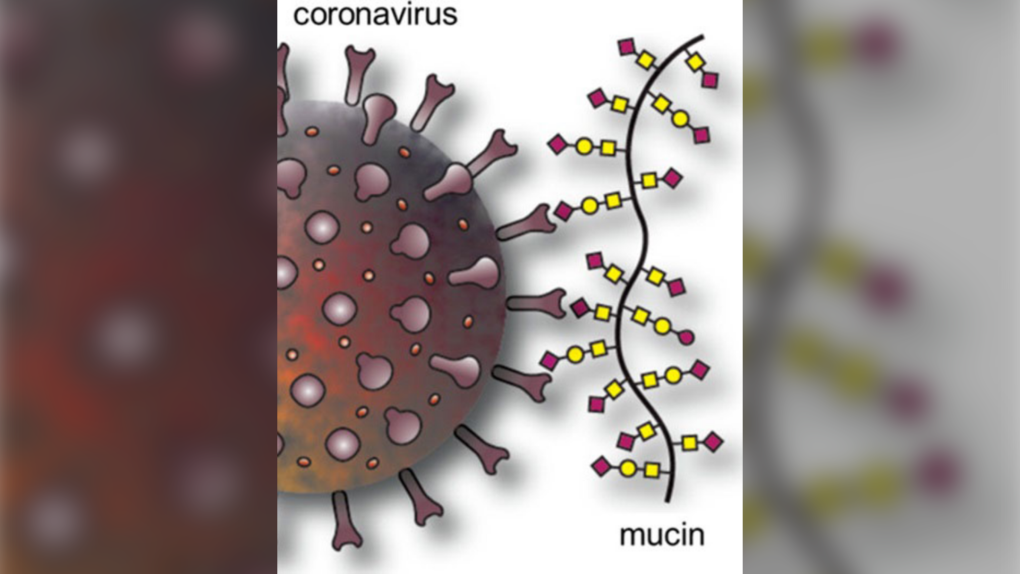 Why aren't there more COVID-19 surface transmissions? The answer is mucus, study suggests

Even though COVID-19 can survive on surfaces, a new study suggests the reason widespread cases connected to surface transmission haven’t materialized might be due to one unexpected barrier: mucus.

PuckChaser said:
Confirmation bias at its best.
Click to expand...

?
The article is prepublished. If you dismiss it because you don’t like the conclusion and it has a prepublication disclaimer, then that’s more cherry-picking than confirmation bias. If you take the time to read, then you can assess/critique the metrics and analysis directly.

McG said:
?
The article is prepublished. If you dismiss it because you don’t like the conclusion and it has a pre published disclaimer, then that’s more cherry-picking than confirmation bias. If you take the time to read, then you can assess/critique the metrics and analysis directly.
Click to expand...

Oh I'm sorry. I forgot the only prepublished and non peer reviewed studies allowed around here were ones that supported masking forever and vaccine passports.
You must log in or register to reply here.

Malaria is fighting back against efforts to eliminate it