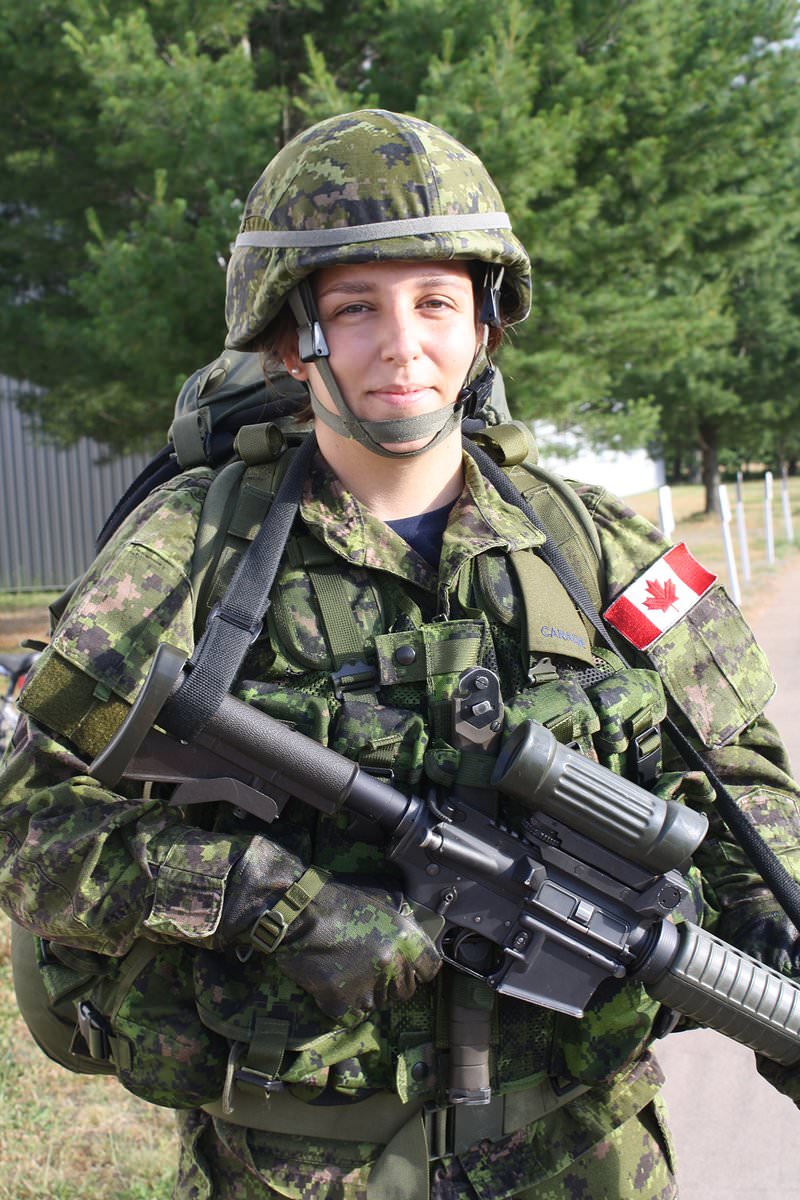 Aviator Melanie Julien-Foster is looking ahead to the August 10, 2018, BMQ graduation and her first posting at 14 Wing Greenwood as a supply technician.

The BMQ is a milestone in itself, being offered away from the regular BMQ program at Saint-Jean, Québec, and led by 14 Wing Greenwood, Nova Scotia, and lodger unit instructors. “We’re trying to grow the forces,” says Major Russ Payne, the 404 (Long Range Patrol and Training) Squadron operational flight commander seconded to lead this BMQ. Regular and Reserve Force recruits typically attend BMQ in Saint-Jean, Québec, which can train about 5,000 people annually. “That’s not enough,” he adds.

The Royal Canadian Air Force looked at the Canadian Army’s intake training, offered at multiple locations across the country; 14 Wing, with a large Air Reserve component, is piloting this BMQ with two senior officers and a technician from the wing, staff from 14 Construction Engineering Squadron and several of its flights, and an instructor from Gagetown, New Brunswick. There are course candidates from throughout the country, ranging in age from 18 to 51.

“This BMQ will be proof-of-concept – that we can do this successfully,” Major Payne says. “Maybe down the road, we do three a year, or we can do Regular Force BMQs. So far, we’ve identified 46 lessons learned, and we’re making recommendations as we go. Some have already been fixed; others need to be done to really make this successful.”

One of the earliest identified challenges has been the chain of command responsibility for BMQ training: while the course is generally managed by a Canadian Armed Forces Leadership and Recruit School for all three branch recruits at Saint-Jean, this BMQ is being Air Force-run for Air Reserve participants. Is there a need to report progress up two chains?

“But as far as being here at Camp Aldershot, logistically, administratively and, with the support of the camp – this is perfect,” says Major Payne. “Aldershot is excited to have us: they train, they support. Everything is here.”

Aviator Melanie Julien-Foster is a 29-year-old military spouse and mother of two; she’d often thought of a military career for herself. After family postings through Ottawa, Winnipeg and now Greenwood, “I heard of this pilot BMQ and thought it was the best option for me and my family” she says. “I get to go home every weekend – it works for us.”

She knows that’s not an option for course mates from other parts of Canada, but, with them, she’s learned more about teamwork, and “really getting to see what it does for people when they do it together.”

“This is challenging,” Aviator Julien-Foster says. “It’s outside of my comfort zone; it’s rewarding. There are nine women on the course, so that makes it really nice. I’m doing things I’ve never done before – and I’m doing them!”
Click to expand...

I hear everyone on that course did an outstanding job and should be proud of what they have accomplished.
You must log in or register to reply here.