I will be attending the Jan. 2010 BMOQ, and am entering under the CEOTP for AEC. I just have a couple of questions regarding the training process. I know that some of these have been covered in  the threads on here, but if I am repeating something its because I'm wondering if its still current.

1. Are poeple(for the most part) still getting their choice of streams?

2. Is there a minimum number of personnel required to run a course at CFSACO?

3. If I live in North Bay, and want to go WPNS, will I definitely do my OJE in YYB?

4. What are the possibilities of an OUTCAN posting for a first tour?

5. Is your "tour" a specified length of time?

6. Is the D/L package you complete during OJE specific to your stream, or is it material common to all three disciplines?

7. If you were going WPNS, upon completion of your initial course at CFSACO, would you now where you will be posted after training at 51 Squadron?

Any info would be appreciated.

The following answers should be fairly accurate:

It depends on the stream you want. Weapons isn't currently loading courses because the trade is full. This isn't to say they don’t start loading courses soon. My guess would be mid fall.
There is a minimum number however there doesn't seem to be a shortage of personnel waiting for a course.
There is no guarantee. You can ask for it, and have a good chance of getting it but it isn't a for sure.
Very good chance if that is what you want
Yes, not sure of what it is. I imagine they vary.
It is common to the three streams.
Not sure
No

Any other questions, ask away. Im not an expert by any means but may be able to find out answers.
F

Thank you very much, xbowhntr. Your answers are very appreciated.
And thanks for asking, PapaJohn

There's a weapons course going in January, and another one in April...
A

1. Are poeple(for the most part) still getting their choice of streams? (YES)

2. Is there a minimum number of personnel required to run a course at CFSACO? (YES, but they are well staffed)

3. If I live in North Bay, and want to go WPNS, will I definitely do my OJE in YYB? (Yes, unless you don't want to)

5. Is your "tour" a specified length of time? (Out of country tours are 3 and sometimes 4 year fixed)

6. Is the D/L package you complete during OJE specific to your stream, or is it material common to all three disciplines? (Most is common elements but efforts are ongoing to provide stream specific near the end)

7. If you were going WPNS, upon completion of your initial course at CFSACO, would you now where you will be posted after training at 51 Squadron? (No, but the school does make recommendations for suitability for out of country)

8. Is SLT mandatory for english speaking AECs (NO, anglos don't get it)
P

Thanks for all the responses... much appreciated. I'm glad to hear that WPNS is still an option. My former employer was a Ret. Major(AEC) who was the CO of 51 SQN, so I've gotten a lot of information about the profession. As far as "checking out " goes, on the WPNS side of things, does that happen after completion the course with 51 SQN, or during your first tour?

51 Sqn is an Operational Training Unit. Operational being the key word... they make you operational. As such once you get through them (and almost 100% do) you are technically qualified and a fully fledged AEC. You will be on shift...but still lots to learn.

Aerospaced_out said:
AEC is rather diverse. As to specific wings, I imagine you could call the unit directly. They'd likely ask who you are and why you want to know. Shift workers are rather sensitive about their shifts because no one cares when they work 7 and 1 but the minute their shift is 3 and 4 everyone is interested.
Click to expand...

Is it possible to obtain some examples over a diverse spectrum.  Ie, what are the shifts like at 51 Sqn, NORAD, Comox ect...

I realize you may not have all that information at your fingertips, but any amplification would be greatly appreciated.
H

NORAD is more than 1 sqn and has the same diversity of shifts as the trade... 21 Sqn does 4 days - 3 eves - 4 off - 3 days - 4 eves - 3 off... Some people from the evening crew cover the mids.  It's not much different than any other organization that works 24/7.  You either do 8 hrs with standard days off/12 hrs with more days off, or you work more if manning gets tight

I'm at a deployable radar sqn and we work when required just like any operational unit.  Some times the entire unit works days or nights.  Sometimes we split into 2 overlapping shifts to cover a longer period.  Sometimes we spread out to cover 24/7.

There are endless situations.  I'm currently doing 12 hrs night shifts 4 on 2 off.  ATC units all have their own situation as well but their's may not change as often as ours other than their manning

I've been a semi-regular at Army.ca for some years but I've never visited this particular part of the site.

My interest was sparked because I was an air traffic controller in the US Army from 1965-68 and an FAA enroute controller (Denver ARTCC) from 1969 until that fateful August, 1981.

Aviation has been a lifelong interest and ATC was once my life, so I try to keep up with the field.  In reading through this thread I noticed that Canadian Forces controllers seem to be officers, or at least a good many are.  That has not been the case in US Forces, except possibly in certain types of airborne command and control operations.  Given what I glean from the this thread and the career tracks, I see why the CF is set up that way.  At least I think I do.  Probably I'm missing some important bits.

Anyway, I went to the CF main site and read the job descriptions for the two main positions: Officer and Operator.  Looks interesting and thorough.  I commend the CF on what appears to be a very good program.

Good luck to those in training and thanks to all of you for your service and professionalism.

Hello, I applied for a vot to Aerospace control operator (169) and i was offered aerospace control - radar control (170). Just wondering what the difference is in the trades, if they both take the same course, and if not ,what kind of course curriculum would i expect as an ac op? Someone told me yesterday the course has an %80 failure rate. Is that the truth? Or just someone trying to justify how great they are for finishing the course?
D

Anyone? My best guess is that they split the occupation into 2 seperate trades, weapons, and air traffic. Can anyone validate this?
T

From the occupational specs, found at http://hr.ottawa-hull.mil.ca/dgmp/dpgr/downloads/specifications/english/OS_E_AC_OP_00337.doc

In a nutshell, that looks to me like aerodrome services and PAR. 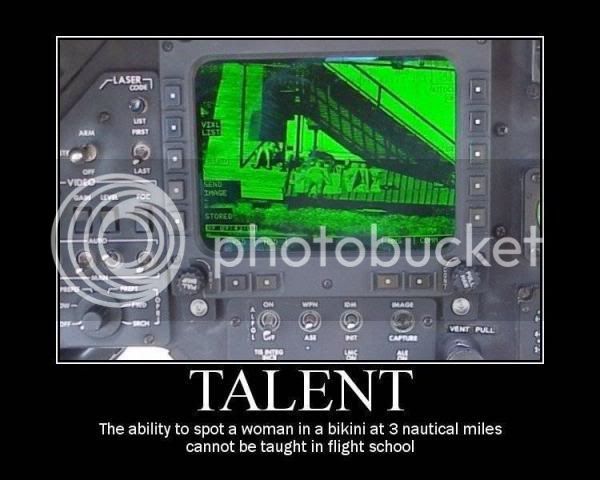 I'm close to finishing BMOQ and will be posted for OJE, and am wondering what you actually do on OJE. Also, how long have recent grads been waiting before they get on course.

Do you know where you're going yet? When is your course grad date? Feel free to PM me and I will let you know a little more if I can...  From what I have personally experienced, every Wing does it a little differently.  First you have to do a Distance Learning package, then spend time in either your Tower (for VFR)  or Terminal (for IFR), or whatever Weapons does (I have no idea) absorbing knowledge, then you go on to NavCan in Cornwall.

As for courses, I know people going to Cornwall in September and people not going until next year; it depends on your course, I guess.  BTW, get used to marching again...

I'm pretty sure there are WAY better answers than mine on this site somewhere... use the search function is the best advice I can give you; I know when I was looking I found some awesome info.

Is the training for AEC and AC OP at the same location?

I hate to use that line (I sound old and grumpy), but clearly you have not used the search function. Those questions have been answered in at least two or three threads I can think of.

But Yes. and Yes.

Next time use search.

I graduated Basic in December 09. Going Weapons, and wont be going on course in Cornwall till January 2011. If you're going weapons, get ready to wait!
S

Ok, how do you know you are going weapons before you’ve even set foot in Cornwall at the NavCanada facility?  Don’t you do the course in Cornwall, and THEN decide (or have your instructors decide based on your in-class performance)?

Waiting 1 YEAR from time of BMOQ to Cornwall seems a bit much.  Why don’t they send you for 2nd language training during this period of time?  Seems like just the right amount of time to learn a 2nd language if done intensive.

Thanks….
You must log in or register to reply here.

One reason so many are quitting: We want control over our lives again
2

The junior enlisted guide to doing nothing and looking busy